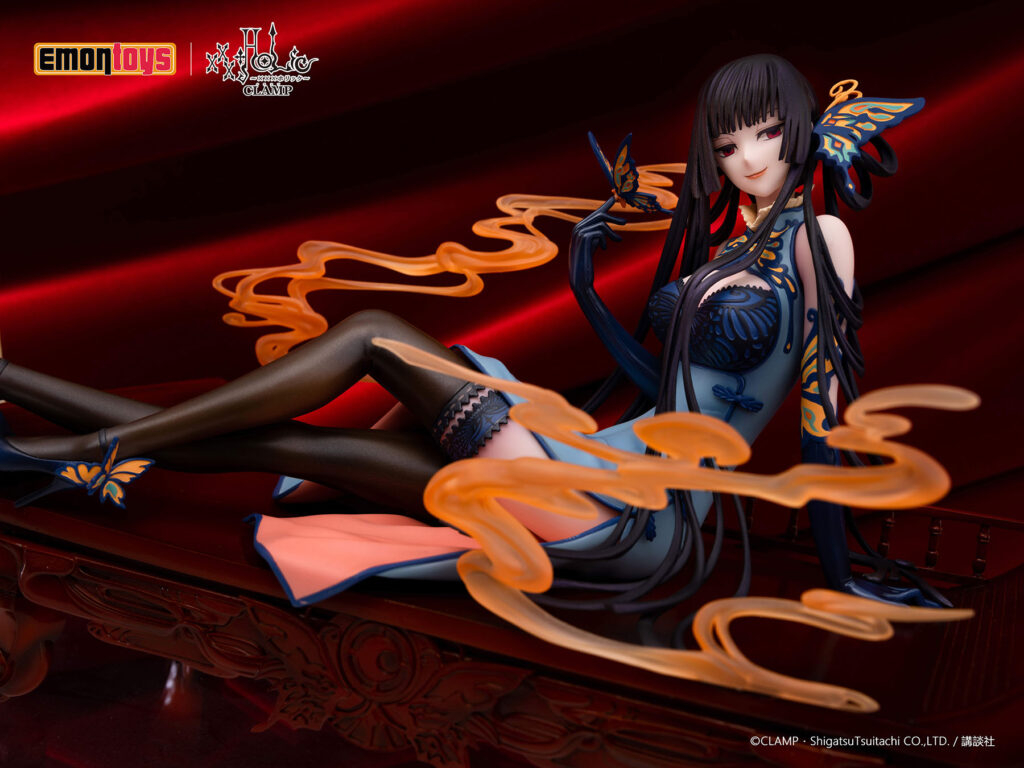 February has always been an exciting time for figurine collectors. While we would usually be refreshing our social media feeds for exciting announcements coming out of the Tokyo Winter Wonder Festival event, this year’s announcements were spread across a number of online events. WonFes, of course, had its own online event, while other companies like Good Smile organized their own showcases. That wasn’t all, however, as in between these events, companies also dropped various news.

With so much going on, OTAQUEST wants to keep you updated on all the monthly figurine news and reveals. Our wallets are already feeling a little lighter! 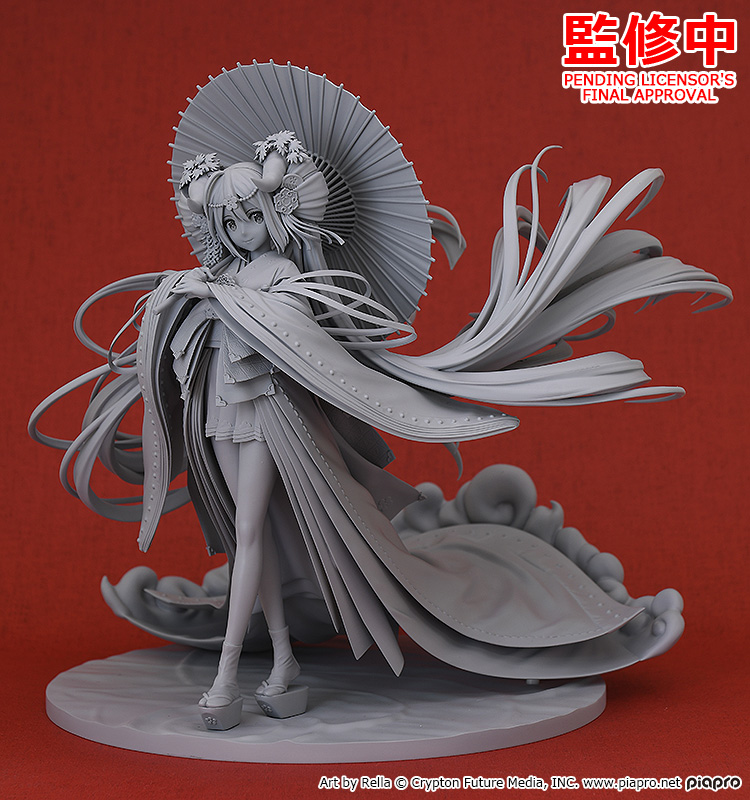 Barely a week goes by without a new Miku figure being announced, and February was certainly no different.

The most exquisite of them all is the 1/ 8 scale by Good Smile Company, Hatsune Miku: Land of the Eternal. The sculpt is based on an artwork RELLA created for the Kyoto Nippon Festival. RELLA has produced some of the most gorgeous GSC Vocaloid designs such as the scale Hatsune Miku: Harvest Moon Ver. and the Harvest Moon Rin, Len and Miku Nendoroids.

Looking at the original artwork for this figure, there’s a strong red tinge to the shading and it’ll be interesting to see if GSC incorporates this into the painting of the figure. While I’m not sure how they would do it, but I hope it’s without an overlapping hue, since the colors of the outfit may contrast just a bit much.

Regardless, I trust in GSC and am sure once it’s painted and up for sale many of us will be running to hit pre-order.

初音ミク Land of the Eternal

This figure was actually announced way back in July 2018 during the Summer WonFes. A prototype was put on display about a year later, and from fans have been anticipating the release of the painted version.

And gosh, was it worth the wait!

The sculpt has perfectly captured the allure of Yuuko and I’m surprised by how much I love the orange haze around her. I think it had the real potential to look awkwardly shoehorned in, but combined with the figure’s whole color scheme, it just fits all together.

I wouldn’t be surprised if the figure is released sometime this year to coincide with CLAMP’s 30th Anniversary, but no formal release or pre-order date has been announced.

Higurashi characters are in desperate need of some new figures, and I can certainly understand some fans’ frustration that all the current attention is on Rena. After all, Good Smile Company already have a Rena Nendoroid and scale figure set for release in May 2021.

Rika did have a figure released this month, but unfortunately it only came bundled with the limited edition Blu-ray/DVD. I hope that Rena’s release is FuRyu testing the waters for Higurashi prize figures, and that we’ll shortly see other characters made! 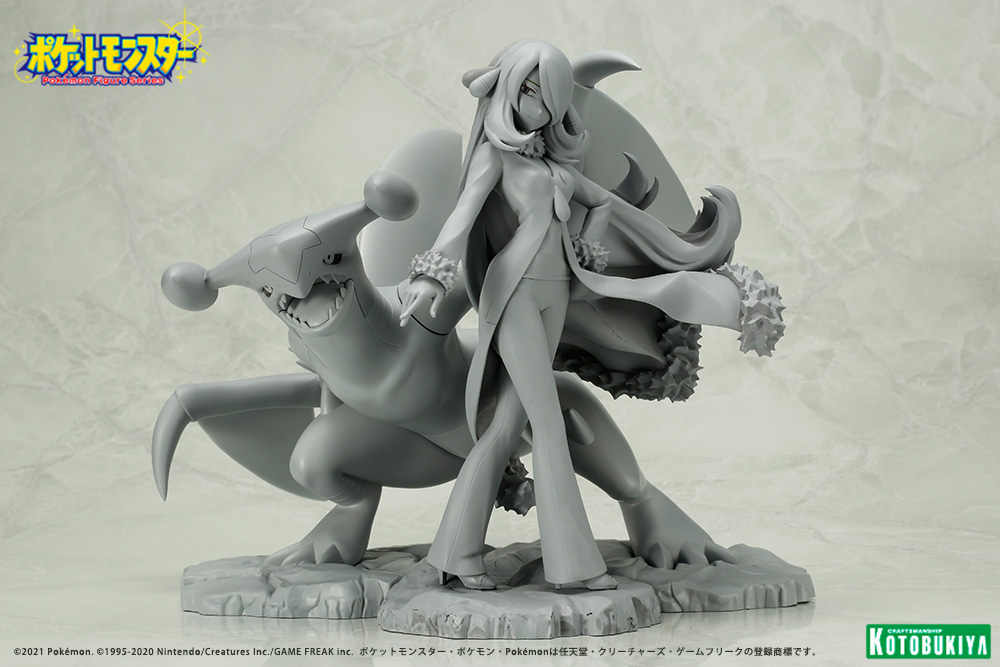 Our first piece of news was that May will be receiving a second figure in the line, this time posing with Torchic! Her first figure, posing with Mudkip had two releases, one in 2017 and 2019. But what really grabbed our attention was the prototype reveal of Cynthia and her Garchomp. We were already hyped from the Brilliant Diamond and Shining Pearl announcements earlier that day, and seeing Cynthia in her awe-inspiring glory was just the icing on the cake! 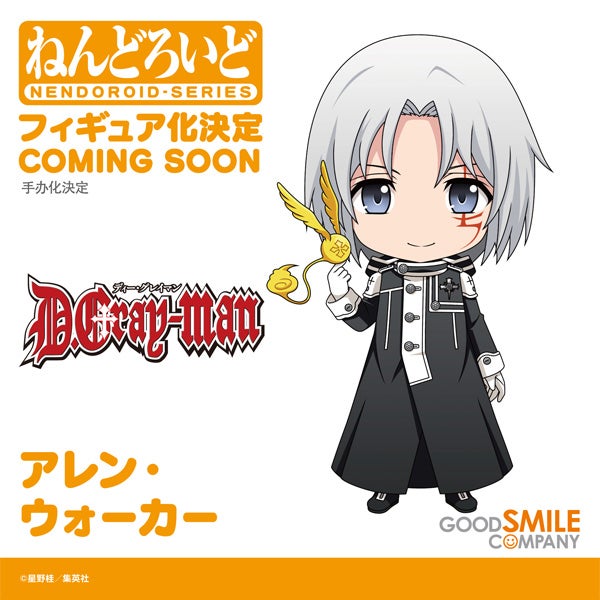 From Kingdom Hearts III to Thomas the Tank Engine, there were so many Nendoroid announcements this month… it’s hard to pick our favorite! But we had to settle on D.Gray-Man’s Allen Walker.

D.Gray-Man has been starved for figurines, and those that are out… well… the aftermarket price is enough to bring this collector to tears. It’s nice to see the series getting some new attention!

Based on the announcement image, the Nendoroid will be based on Allen’s design from the 2006 anime / pre-Crown Clown stage. We can hope (and I would say expect) to see some dynamic poses with Allen’s Innocence in action. Let’s just hope that GSC doesn’t skimp on including some of Allen’s iconic facial expressions!

February has certainly not disappointed with its figurine news. We’ve seen reveals and announcements for figurines of well loved characters, as well as some unexpected but welcome surprises. I will admit, there were some figures on my bingo card that were missed completely, such as the new addition to Kotobukiya’s Horror Bishoujo line or the Fire Emblem Three Houses announcement. But it’s hard to complain with so much exciting news. Our biggest problem now is working out which ones to get (and working out a budget)!