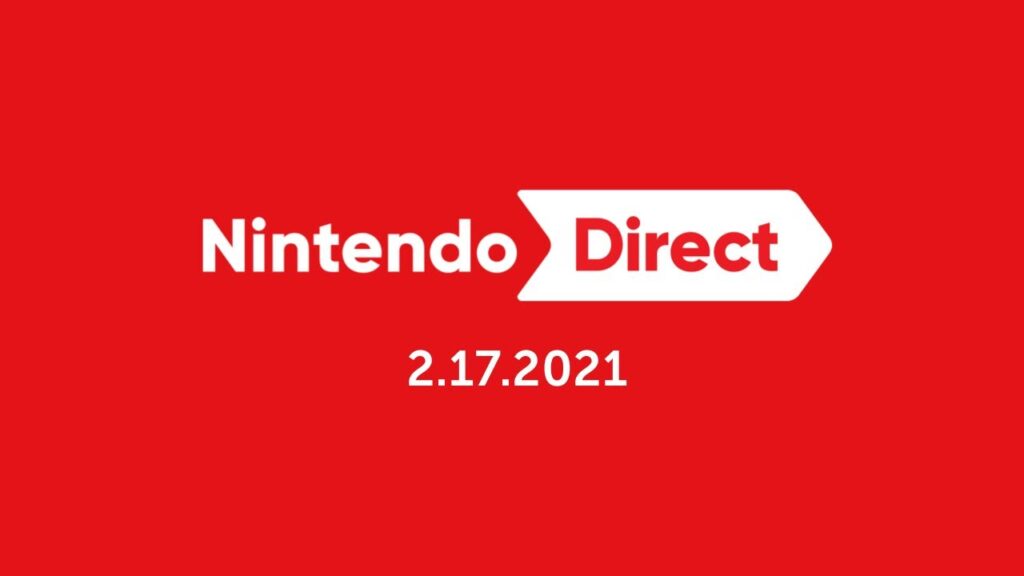 It’s been a long time coming, but for the first time since September 2019, Nintendo hosted a full-length Nintendo Direct to announce to fans what games are set to release on Nintendo Switch in the first half of 2021. Sure, we’ve had Nintendo Direct Mini events that have in themselves been packed with announcements from Xenoblade Chronicles Definitive Edition to Shin Megami Tensei V, but this February 2021 Nintendo Direct was the full monty: 50 minutes of non-stop games, and expectations were high.

Were these expectations met in the end? Well, that’s something you’ll have to judge for yourselves, but we did get a wide range of announcements, to the point that there’ll be at least something for all fans to get excited about. Click below for further details on the biggest announcements and read on for a summary of the remaining news from the February 2021 Nintendo Direct.

One of the early major announcements for games coming to Nintendo Switch was first announced exclusively in the Japanese Nintendo Direct stream in 2019 and has now been given an international announcement and release date during the February 2021 Nintendo Direct: Famicom Detective Club!

Famicom Detective Club, for those unfamiliar, was a Japan-only series of mystery titles released on the Famicom Disc System in the 1980s. These new remake of two classic Famicom Detective Club titles marks the first time this interactive adventure/visual novel title from Nintendo has been made available outside of Japan, as both The Missing Heir and The Girl Who Stands Behind are set to release on Nintendo Switch. Modernizations have been made to both improve the visual presentation of these games and to make them more approachable to a modern audience while keeping the content of the games the same.

These new visual novel titles will be fully voiced in Japanese with English text. Both Famicom Detective Club games will be released individually in the US and in a collection in Europe, while Japan will also receive a physical release. No physical release has been confirmed at this time for players outside of Japan. Players can look forward to the English release of Famicom Detective Club on 14 May.

Next up: World’s End Club. This game from Kotaro Uchikoshi and Kazutaka Kodaka has been available on Apple Arcade since September in incomplete form, with the rest of the content promised for a Nintendo Switch release. This February 2021 Nintendo Direct was the first chance to see the game in action on the system and showcased small tidbits of new content that will presumably be a part of the second half of the game that remains unreleased. As noted in our review, the game in its incomplete state is fun, and since this Switch release promises to be the full game, we will have to wait and see whether the rest of the game lives up to the simple fun of the first half. World’s End Club will hit Nintendo Switch on 28 May.

Sandwiched between both of these games is an intriguing 3DS port: Miitopia. This unusual RPG with life-sim elements used Miis and sent your user-created characters on quests in a fantasy world. Your characters could fight using basic classes with more unlocking as the game progressed and was generally regarded as a unique experience that took advantage of the user-created Miis. This game is set to be remastered for Nintendo Switch with some additional content, and will hit the system on 21 May. 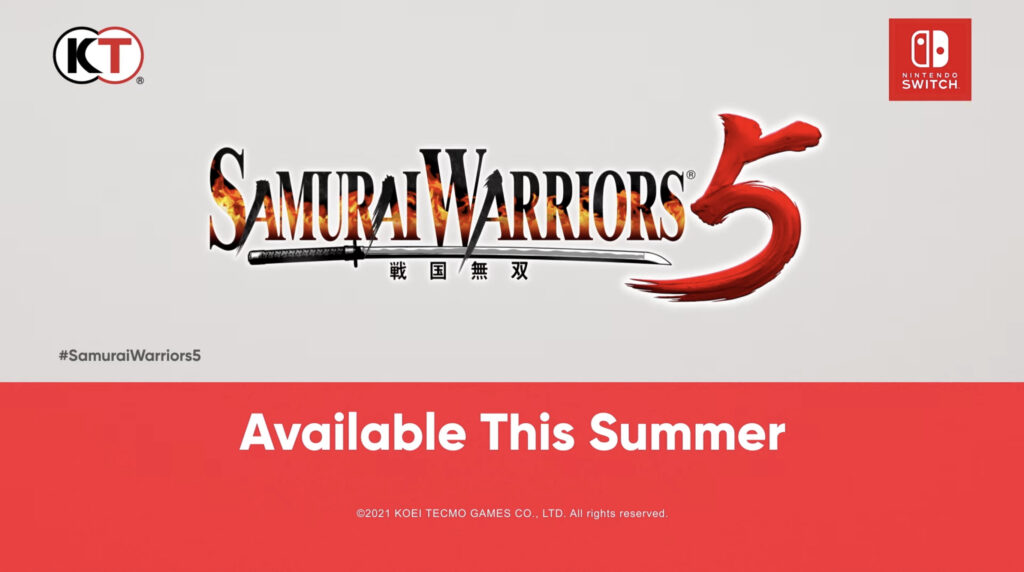 Also announced during the February 2021 Nintendo Direct was Samurai Warriors 5, the latest entry in the Samurai Warriors franchise. While retaining the 1vs1000 Warriors gameplay that has come to define both the Warriors series and the various spin-off titles like Persona 5 Strikers and Hyrule Warriors: Age of Calamity, this game features revamped character designs and visuals to previous Samurai Warriors titles. This exploration of the Sengoku Period will launch on Nintendo Switch this summer.

In recent years, Square Enix has put effort into remaking and rereleasing various titles in the Mana series, with remakes like Secret of Mana joining the Collection of Mana. Now, the PS1 follow-up to Trials of Mana, titled Legend of Mana, is set to release on Nintendo Switch, PC, and PS4 this June.

This digital-only release will contain the classic title with a rearranged score and upgraded HD visuals that retain the 3D, sprite-based visuals of the original game. With options to turn off random enemy encounters and switch between rearranged and original musical compositions, the game should please both old and new fans when it launches on 24 June.

Animal Crossing! Remember Animal Crossing? Lots of people are still playing it, and it seems the Nintendo Switch game in the series, Animal Crossing: New Horizons, is still selling remarkably well. Well, as previously announced, Mario items are coming to the game as part of Mario’s 35th Anniversary celebrations, and this February 2021 Nintendo Direct was a first showcase of everything to expect.

Mostly, this collaboration takes the form of costumes and items, but they are designed to be unique within the world of Animal Crossing. While outfits to dress up as Luigi, Mario, and Princess Peach are available, as are items like question blocks, mushrooms, stars and blocks, some of these items are interactable. The warp pipe, for example, can be placed in two locations on the island, and entering one will let you pop out in that location. Mario items will join Animal Crossing: New Horizons in March.

With the game’s release coming next month, the February 2021 Nintendo Direct brought with it even more news on Monster Hunter Rise. This new trailer showed off a surprising amount of new content considering the game’s release date is just around the corner, including new environments like the Sandy Plains and Lava Caverns, new enemies like the Almudron and the Volvidon, and more. We also got to see more of the game’s story content, which takes place in Kamura Village 50 years after it was attacked by the Rampage and the Magnamalo, with the village now needing defending once again from attack.

The coolest new content showcased during the event is undoubtably the new defense game mode, which links to the rampage of the village. This content requires hunters to use their weapons to defend the village from a range of monsters attacking it in a tower defense-style mode that uses the unique gameplay and new swinging mechanics found in Monster Hunter Rise. Traps can also be used to keep the monsters at bay as a group of hunters attack a large amount of monsters at once, including more powerful Apex monsters.

It’s another bit of new content that adds to an already-exciting new entry into the Monster Hunter franchise. Monster Hunter Rise launches on Nintendo Switch on 26 March.

Mario Golf: Super Rush sees the Mario Golf series look to the past and future for a new experience for Nintendo Switch. This new entry has everything you’d expect from a Mario Golf title as Mushroom Kingdom characters play golf on an array of unique courses, while bringing back features found in older titles like Story Mode, found particularly in the handheld titles by Camelot.

A number of new features have also been introduced. Speed Golf is a new mode where all players take part in golf at the same time, and must control their character as they run to the ball between shots, with the goal being to complete the round first. Quality of life improvements like a zoom feature to see the hole from further away and a shot guage are in the game, motion controls can be used alongside button controls, and players can use their Mii instead of Mario characters. Mario Golf: Super Rush launches on Nintendo Switch on 25 June.

A number of smaller announcements were also showcased during the February 2021 Nintendo Direct that ranged from new games to updates on previously announced and previously released titles. Capcom Arcade Stadium is a free-to-start digital experience launching on Nintendo that allows players to play several classic Capcom arcade games. Similar releases have come out in the past, but this one features 1943 as a free game with your download, while more titles like Ghosts ’n Goblins and Stryder can be purchased later.

Also revealed was the Hyrule Warriors: Age of Calamity Expansion Pass. Little was actually announced in terms of specifics other than that new content was on the way, but purchasing the pass now will unlock a new costume and weapon. Further down the line, released in two waves, new content for the game includes an expanded roster, new weapon types, new challenges in the Royal Ancient Lab, new challenging enemies, new vignettes, new stages and new battle skills. The pass costs $20 and is available now, with further content coming in June and November.

An update was also given to the development of No More Heroes 3. As with previous content reveals, much of the game remains shrouded in mystery, but we do now know more about the game’s story, where aliens have come to earth and annihilated a city, taking over and launching an intergalactic superhero fighting tournament. Travis Touchdown needs to fight his way to the top. The game launches on 27 August.

These action titles retain the same Ninja Gaiden gameplay as they did upon their initial release, but have now been remastered and touched up with smoother frame rates and better textures. The collection will release on 10 June.

Whatever your interests, provided that you own a Nintendo Switch, there is likely at least one announcement from the February 2021 Nintendo Direct here that tickles your interest. What game are you most excited for?