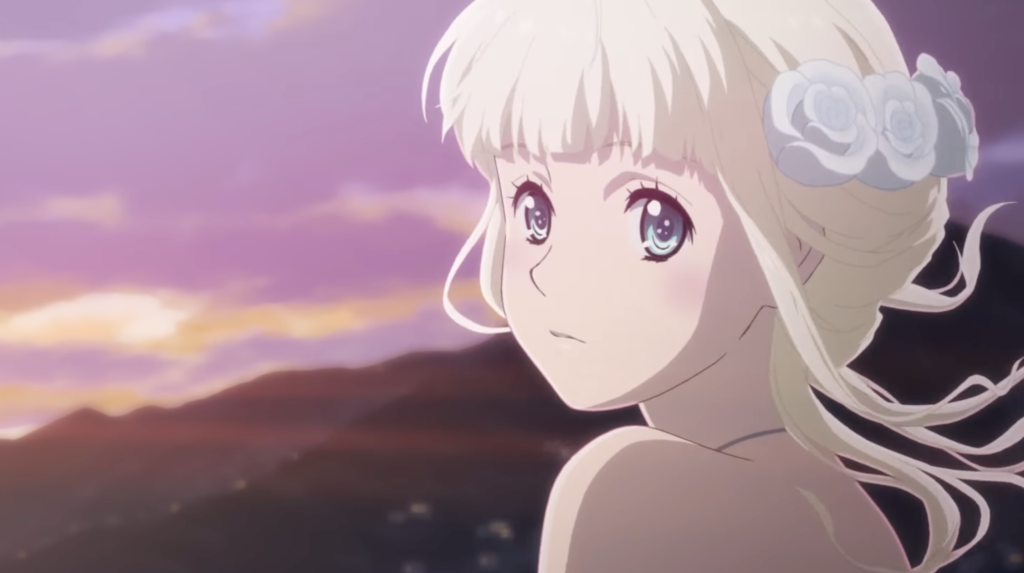 While Crunchyroll, Adult Swim, and Production I.G showed off the latest trailer for their upcoming Fena: Pirate Princess original TV anime earlier today, they also previewed the show in a special panel at this year’s Annecy Film Festival. There, director Kazuto Nakazawa and producer Rui Kuroki dove deep into the series’ development and pitching process and how the series came to be.

One thing that immediately sets Fena apart from other animated is its premise. The series follows Fena Houtman, a silver-haired orphan on the run from pirates and the British Navy after the death of her parents. To help find their treasure and avoid capture, Fena employs several samurai to help her and become her pirate crew. But what inspired the show and how was it brought to life? That was the aim of this panel.

The basis of Fena: Pirate Princess’ interesting concept was the idea to create a fantastical story based on world history. The story takes place in medieval times when pirates were prevalent, with Europe and the U.S. being used as the show’s primary motif. The project originally came from the director’s own research into Japanese history and the sengoku period. After Japan was unified, the country entered a prosperous and peaceful era where 200 years of peace follows 100 years of battle and strife. Many samurai lost their jobs as a result.

This was the spark, as it led Nakazawa to wonder what happened to the samurai at this time, with many actually being sent abroad to places like Taiwan and the Netherlands as mercenaries because they were strong. Since he liked pirates, why not mix the concepts? 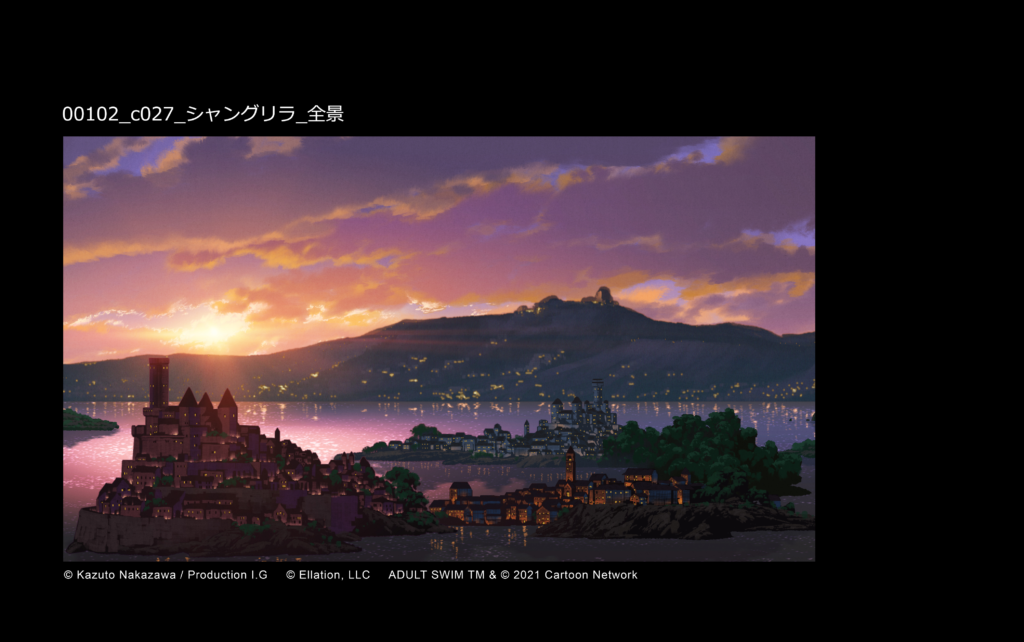 However, they didn’t need to be tied down by historical accuracy. ‘If you focus too much on the historical facts, the story will be too serious and heavy,’ Nakazawa pointed out, and this is where the fantasy area comes in. Fena is born in a place called Shangri-La, and many places in the show are inspired by real countries, but are designed mostly to be evocative rather than representative of these countries.

During the production, the team made a point of going out and traveling to various countries to get a feel for the old architecture and style that they wanted the show to embody. They visited Dubrovnik in Croatia, Glasgow and Edinburgh in Scotland, and more, aiming to visit places where you can still see this older architecture and get a feel for it to allow their memories to inform the work beyond pictures. For Fena: Pirate Princess, the team even visited Annecy itself, alongside a number of places in Japan for scouting, to an extent rare for anime and particularly TV anime.

As for Fena? Her design comes from the director’s taste in manga, with the director’s love of shoujo manga being the reason for her design and the fact she is a woman. ‘In Japan, we have shounen and shojo manga for boys and girls,’ noted Nakazawa. ‘What got me into manga and stuff was shoujo manga, as when I read it made me realize how good manga could be. The ones I would read are from the late 70s to the early 80s, and I used one of the heroines from shoujo manga of the time as an inspiration for Fena.’

Indeed, there is a gem called Paraiba Tourmaline that matches the color of Fena’s eyes that was a major inspiration for Fena’s design. 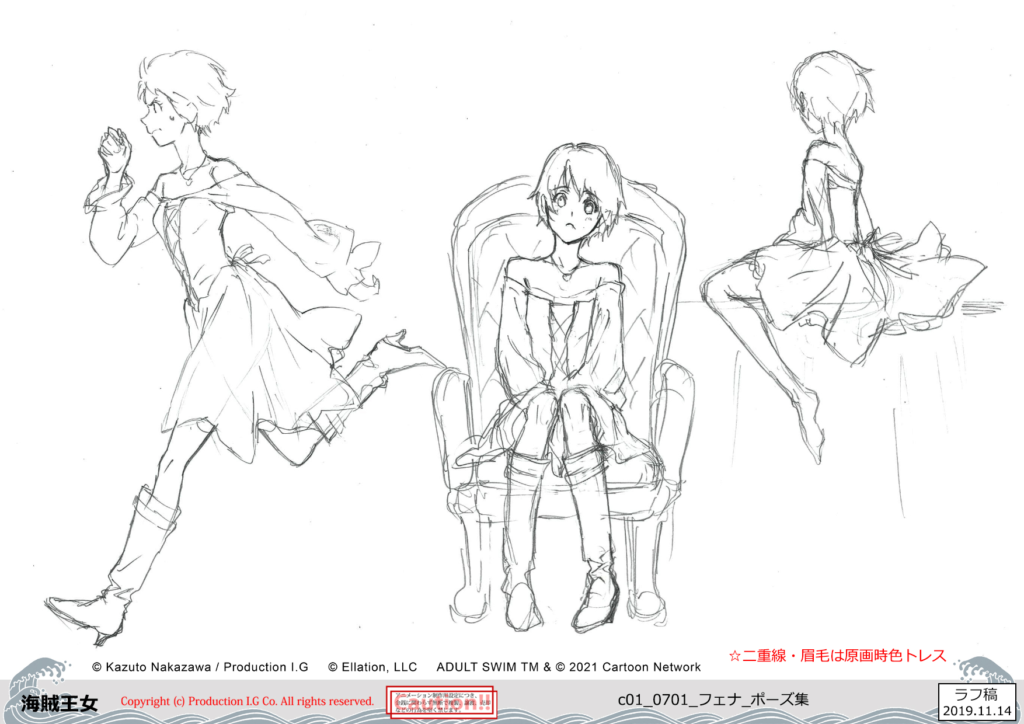 Still, making original anime is a difficult process, as both of them would admit. The pair were constantly asking for input and getting people to contribute ideas, but beyond that, bringing these ideas together into a cohesive and doable anime production is easier said than done.

‘It was most challenging to come up with a strategy to cope with the project,’ admitted Kuroki. ‘Every time we do an original project we need to ask for a development fee from the company. I remember contemplating with what I should do in order to get that money. When it comes to shoujo manga and original ideas, it can be really difficult to get the funding which was what I was worried about, so I lied to them and told them that the idea was essentially Mad Max at sea. Then they released the funding.’

Sly wording, but it worked! Perhaps other Annecy attendees hoping to find funding for their project should take note of Fena: Pirate Princess!

Production on Fena also differed a lot compared to other original TV anime productions. The largest difference comes through the anime’s voice acting. During pre-production, director Nakazawa produced storyboards for all the episodes himself, and these storyboards became a part of the recording process.

‘While it may be the norm in the US and overseas, in Japan, we use ADR [recording dialogue after the animation has been produced and matching voice lines to the animation] instead of prelays, but I was never a fan of that process,’ explained Nakazawa. ‘What I did was finish the storyboard and turned that into an animatic, and allowed the voice actors to perform freely, after which we would make the animation. The process was actually pretty tough, but it also made me realize how amazingly the actors can perform when they have no restrictions.’

Other than COVID requiring that voice actors perform separately instead of together, the big challenge with this process was matching the animation to the voice recordings. Typically, anime voice acting is played at an active energy and tempo throughout a spoken line, which is relatively easier to animate to. By giving voice actors freedom to perform their lines as they pleased to the ADR, it became more difficult as the performances produced were different. If an actor performed a line with a gradual crescendo to their voice, animators have to draw each frame to match that, a challenge they rose to, but not an easy one. 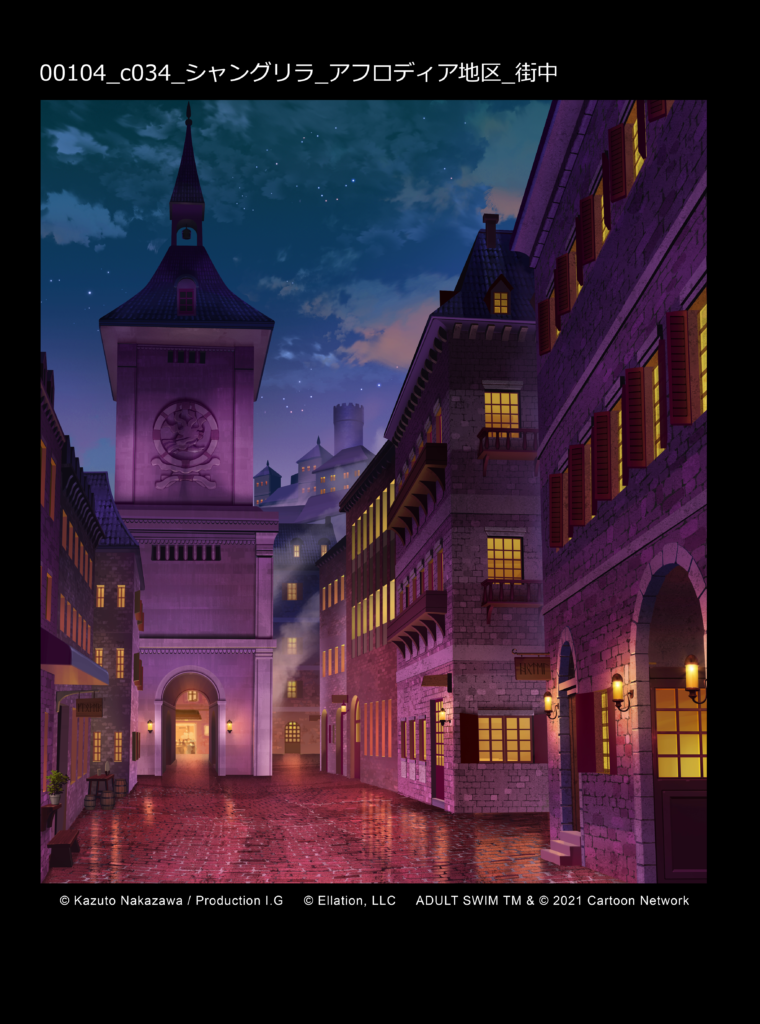 Most of all, both producer and director wanted to create a show that matched the expectations of the audiences most excited for the show. One thing that can’t be denied is the effort and attention to detail put into the show. Throughout the Annecy work-in-progress preview accredited viewers were treated to a range of storyboards, concept art and more that gave a glimpse into the world of Fena: Pirate Princess. Backgrounds gave a glimpse into worlds inspired by the cities the team had visited, and this was only a glimpse at the series to come.

Fena: Pirate Princess airs on Japanese TV this October and on Adult Swim and Crunchyroll both subbed and dubbed this summer.