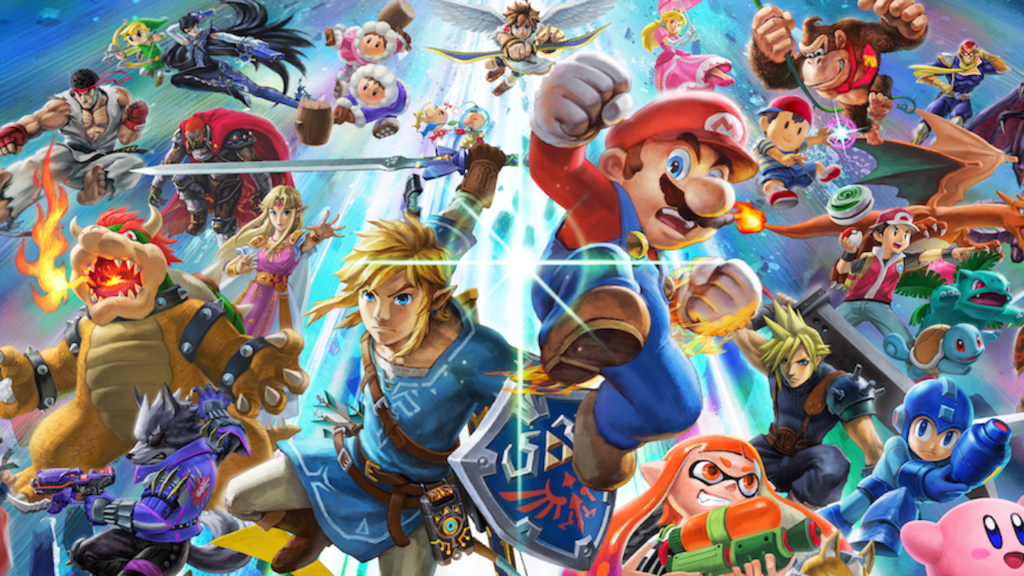 The first few hours I spent with Super Smash Bros. for Wii U were admittedly a bit unconventional. After my copy of the game finally arrived in the mail on launch day, and I booted it up for that very first time, I didn’t get into a single match. I didn’t even think about it. It wasn’t that I didn’t want to — after all, why would I buy a game like Smash and not play it? The reason I did this was that there was something I’d been looking forward to more than anything else.

Instead of testing out the gameplay in the offline fighting modes that were available, I dove deep into the menus in order to find the music player nestled within. Greeting me were over 300 different songs from a massive catalog of both classic and modern IPs, reimagined in new ways by a variety of composers brought in from across the industry. I found myself a pair of headphones, pressed play and sat there as I listened to the breadth of music on offer for the very first time. The soundtrack is something I pay very close attention to with every new entry into the series. In the build-up to today’s release of Super Smash Bros. Ultimate, the first new Smash title in 4 years, this memory of mine kept resurfacing in my mind. I thought about it as I watched the August Nintendo Direct; as soon as they stated the game would include over 800 songs that you could listen to I was positively giddy with excitement. The character announcements that were also being made that day were welcome additions to the series, yet this announcement ended up being the highlight of the event for me.

Memories like this form a bit of a trend for me when it comes to this series. Whenever  I think of Super Smash Bros., I rarely think about the fighting itself, despite it being such a central part of each game. Often, I think about the music as I did here, or I think of the characters and what they represent to me.

I can scroll through the exhaustive list of fighters on offer and I’ll see Pokemon Trainer with their set of starter Pokémon by their side. As soon as I do, I’m whisked back to the childhood I spent playing Pokémon on my GBA and DS, running around Hoenn and Sinnoh as I tried to become a Pokémon champion. When I see Yoshi, I think about the countless times I’ve played Yoshi’s Island and the ways that game never fails to make me smile. I’ll even think of more recent titles, such as the first steps I took into the Legend of Zelda series in the past few years with The Wind Waker HD and Breath of the Wild. While the Smash series may, for obvious reasons, rely heavily on Nintendo IP and older Nintendo titles, these games feel like a celebration of the medium of gaming as a whole. The roster of these titles reads like a hall of fame of gaming greats, especially when looking at the definitive roster of this most recent entry. Expected characters like Mario and Link return, however, they’re joined by characters like Cloud from Final Fantasy VII, Ryu from Street Fighter, cult favorites like King K. Rool from Donkey Kong Country and relative unknowns who found an audience thanks to Smash, such as Ice Climbers and Pit from Kid Icarus. Even characters that expand the roster beyond people who would traditionally be associated with Nintendo, such as the just-announced inclusion of Joker from Persona 5 as the title’s first DLC fighter, feel deserving of a place in a title that celebrates the joys of gaming itself.

The ways in which Smash feels like a celebration of the history of gaming can be seen most acutely in the Wii and Wii U entries into the series. These had massively expanded and extensive trophy libraries that served as a gaming museum of titles big and small. Side characters from the Mario series like Waluigi were obviously included, but so were characters like Barbara the Bat from the Diagasso! Band Brothers games. Each character would be lovingly rendered and given a small blurb describing the titles they had been in and who they are, ensuring that an exhaustive list of games were receiving recognition regardless of popularity. You can see it in the music too. I feel like the love and care given to reimagining classic gaming tunes is something that epitomizes what Smash is supposed to represent. I often clamor to hear what my favorite gaming composers have done to put their own spin on iconic pieces of music from throughout gaming history. Once I heard that Keiichi Okabe, known most notably as the composer of NieR, had been asked to create a Mega Man remix for Super Smash Bros. Ultimate, I jumped from my seat in excitement. As someone who adores his work on the NieR franchise and other titles, I wanted to hear what he would do with such a tune, and after a small preview was made available on the official Smash website, I became more excited for the game’s launch so I could hear the fruits of his labor.

What makes Smash special is an understanding by Masahiro Sakurai and his team that gaming, for many people, is not simply a hobby, but something that has had a massive impact on their lives. These characters can represent a coping mechanism that helped someone get through a particularly tough time, or they can represent the blossoming of a new friendship as they bonded over a particular game.

Smash is at its best when it’s a celebration of the joy that gaming can bring to people in times of happiness and strife. It succeeds when it seeks to do justice to the memories people associate with the characters they love, and when it transforms these memories of the past into something new through experiences like the Subspace Emissary or the Spirits mode in Ultimate. While Smash as a series may be enjoyable in its own right, I feel what makes it special is how it brings an entire medium of vastly different franchises, creators, composers, fans and developers together and celebrates each and every one of them. It commemorates the past, using your connections to these characters to create new memories as you play against friends. It brings characters together and it brings people together.

How to Play as Sephiroth in Super Smash Bros Ultimate: Masahiro Sakurai Reveals All

Isabelle’s Trophy Duplication and Finding Your Own Fun in the World of Smash Bros.