Fighting Vampires with Family: Seraph of the End 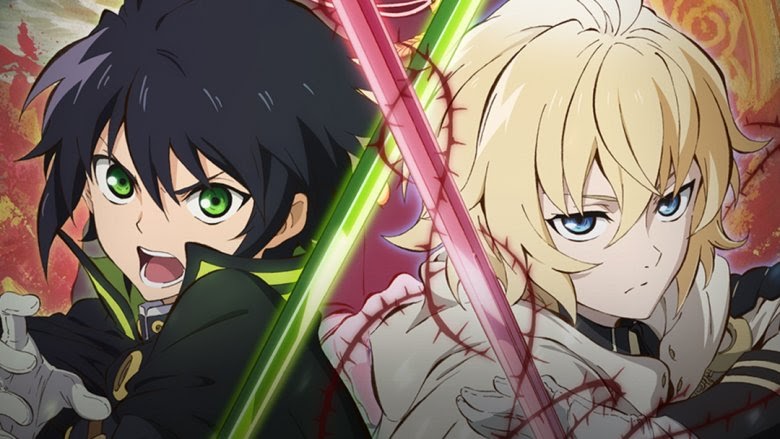 It’s after the end of the world, anyone under 13 is still somehow alive, and vampires are running rampant. The Japanese Imperial Demon Army is formed to combat the vampires that now plague Japan. However, things soon turn out to be far more complicated than a simple humans versus vampires showdown.

Seraph of the End was first published in 2012; it’s written by Takaya Kagami and is iIllustrated by Yamato Yamamoto. Wit Studio animated both seasons that aired in 2015. There is no news of a third season just yet, but fans eagerly await the confirmation of a third season.

Seraph of the End follows Yuuichiro and Mikaela Hyakuya’s journey to take down the vampires. The two boys first met at an orphanage that was soon occupied by vampires; the children were then used as the vampire’s personal blood banks until one day the boys decide to escape with all of the other children. Their plans are foiled, all of the orphans, except Yuu and Mika are killed. In a last ditch effort to survive, Mika sacrifices himself to the vampires to let Yuu escape.

Yuu ends up being found by the Japanese Imperial Demon Army and is adopted by them. Mika is taken in by the vampires and turned into one himself. Four years pass, and Yuu is determined to eradicate all the vampires for killing those closest to him, and Mika is still with the vampires, but all he wants is to reunite with Yuu and run away with him.

Over the course of the series, the duo finds out about the sinister truths of their orphanage, the reason why the world ended, and the existence of demons and the elusive Seraph of the End project. This leads the duo and their group of friends to fight back against the parties involved. The big question is: who can they trust? 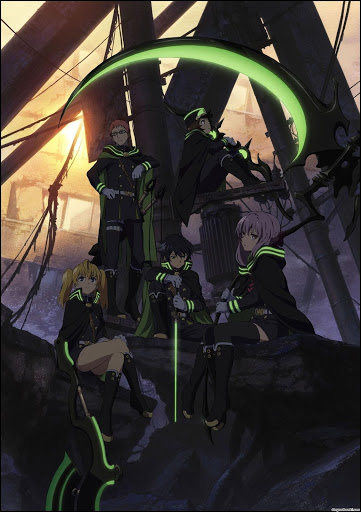 As a show that focuses on annihilating vampires through an army of vampire slayers, there are a lot of characters to list. Only a handful of characters play a major role in the series. We’re only going to list those characters.

Yuu is the main protagonist of the series. He is devoted to protecting his friends and his family which led him to vow revenge against vampires, but he doesn’t let himself be consumed by his rage. He always puts his friends above his needs and will not hesitate to throw himself in the front lines of battle if his friends are in danger.

Mika is Yuu’s best friend, and like Yuu, he is very protective of his only friend, Yuu. This leads Mika to be incredibly reckless when Yuu’s in danger. Since he spent four years of his life with vampires, he knows more about what happens behind the scenes which has led him to be wary of everyone except Yuu, but he eventually begins to slowly trust Yuu’s new friends.

Shinoa is the leader of the squad Yuu was placed in. She’s rather sarcastic and enjoys teasing everyone around her. She’s also pretty detached and struggles to make genuine connections with others due to her tragic past but after meeting Yuu, she begins to open up.

Yoichi is a member of Shinoa’s squad; he’s very timid, kind, and altruistic. At the start of the series, he’s easily intimidated and a poor fighter, but over the course of the show he becomes confident in his skills and fights to protect his friends. What his friends don’t know is that Yoichi has a very twisted side due to his rage at a certain vampire for slaughtering his sister prior to the start of the series.

Kimizuki can be a bit haughty and smug, but he’s dedicated to those he cares about, primarily his sister. He joins the Imperial Demon Army in order to pay for his sister’s medical expenses. While he’s a bit detached at the beginning of the series, he grows to care for the other members in Shinoa’s squad.

Mitsuba is the final member of Shinoa’s squad. She values rules and will always try to do everything by the book. She’s very proud, talkative, and can come off as selfish, but she’s very protective of her teammates. Over time, she begins to have faith in her teammates and trusts them to hold their own which allows her to become more confident in her decision making.

Guren is Shiona squad’s superior officer and is often portrayed as a cold and lazy individual. He’s actually the type of person to silently bear the burdens of others around him. He’s shown to be devoted to his friends and feels responsible for their lives as their leader.

Ferid is the vampire that was the vampire that killed Yuu and Mika’s friends from the orphanage. He is very chatty, unpredictable, and is happy when he annoys people. As a vampire, he’s seen as a threat, but he seems to be on his own side and only cares about his own enjoyment.

Blood is Thicker than Water

Familial bonds are a main motivator in the series. The series focuses on Mika and Yuu’s familial bond; it also focuses on the bond that Yuu creates with the rest of his squad showing that

“the blood of the covenant is thicker than the water of the womb”. This is a common troupe in shonen series since the strong bonds between all of the characters lead the characters to do a lot of reckless actions to protect each other. This doesn’t come easy, and the characters actively work to build trust, but it doesn’t take too long given that they’re constantly putting their lives on the line.

Vampires in anime have a huge range in representation. In some cases, they’re scary; in others, they can be cute or suave and seductive depending on what the show’s about. In this case, the vampires are played off as regular people. Some are bloodthirsty; some are bored with immortality and cause problems on purpose.

The vampires in this series do align with one part of vampire lore in that they need to drink human blood to survive, but they also use their blood to fuel their weapons. However, many of the vampires in this series can go out in the sun, and it doesn’t burn them alive. They also have super strength and have some gothic influences in their clothing.

The show is currently available on Hulu and Funimation.