If you search YouTube for it or have even just casually listened to music on the site for long enough, you’ve likely come across the huge range of lo-fi hip hop 24/7 radio streams you can listen to on the site. One in particular, featuring an image of a young girl, writing in a book on her desk, is practically a meme at this point. I use the streams semi-regularly whenever I need some unobtrusive background music to listen to while I write and try (and fail) to be productive, so they’re pretty useful in my view. Sometimes, though, you need something a bit different to spice things up, you know? Luckily, Square Enix answered these calls by unleashing a huge number of Final Fantasy soundtracks onto Spotify and Apple Music.

Now, this news isn’t exactly new (it occurred last week by this point), but I wanted to write about this with a bit of a different spin. Instead of just commenting and acknowledging the frankly superb news that this music is now so much more easily accessible (previously you had no choice to buy each of these soundtracks, which is no easy task, practically or economically), I wanted to write about the music itself.

You’ve probably heard Final Fantasy’s most iconic music and themes before, and it’s well known that, regardless of the quality of any particular game in the series, the music has remained consistently fantastic. You may have even been to a Final Fantasy concert before. However, not all of it is suitable for those moments you want to just sit down and focus, you know? So I decided. What I wanted to do was specifically shed a light on the most relaxing or ambient songs from all the Final Fantasy soundtracks available to stream on the service. Just in case you were wanting to spice up your studying soundscape.

Consider this your new Hi-Fi Final Fantasy Beats to Relax/Study/Battle To playlist. 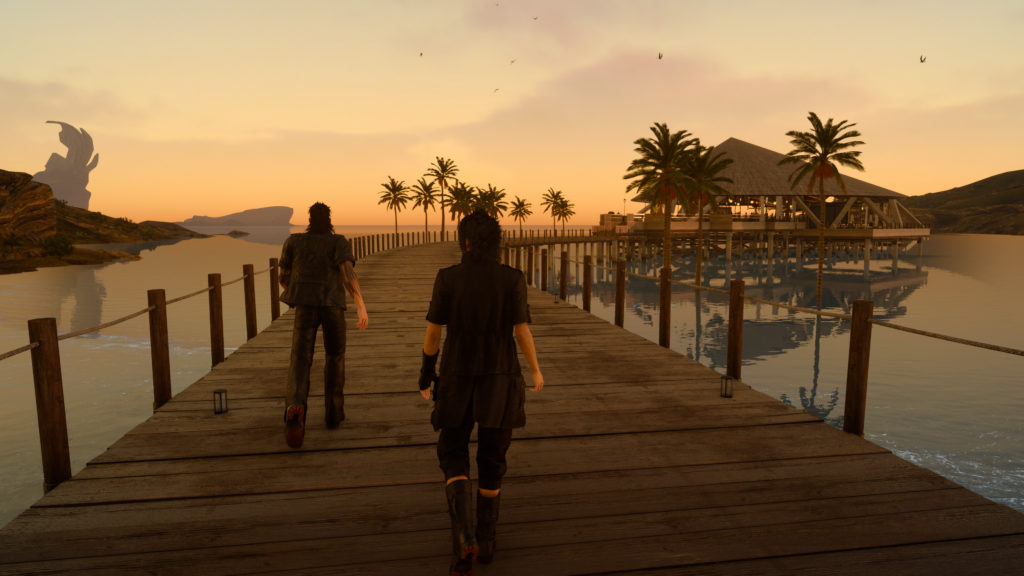 There are a few things to consider when making a playlist such as this. First of all, you don’t want the song to be too complex, have too many instruments, or be too energetic. A song with a more bouncy rhythm to it or has too much going on at any one time will easily distract you from what you’re trying to do. You also don’t want it to be too recognizable, so even though To Zankaraland from Final Fantasy X would technically be a perfect song for a study compilation, considering how well-known this theme is as well as how integral it is to the game it features in, you’ll either recognize it through osmosis or from your own gaming experience. So you won’t find that song here.

Lastly, vocal songs have a… varied impact. Some choir-style music without words can work and are included, but if it has actual lyrics, no matter what language they’re sung in, can be a distraction, so I left those out too. However, if you want to add some, you could maybe add this more relaxing version of Melodies of Life from the Final Fantasy IX soundtrack (the best theme song in Final Fantasy history in my view) or Serah’s vocal theme from Final Fantasy XIII-2, among other songs.

I also left out the chiptune and MIDI music of early Final Fantasy games, not because it’s bad, the opposite in fact, but because I think the lack of full instrumentation for the music itself makes it not entirely the most suitable for relaxation or study purposes. I do actually contradict this a bit by including some of the MIDI songs from the PlayStation 1-era Final Fantasy games into the list, but I feel that the higher quality sound samples compared to the SNES-era games make them easier to place into the background while working. This is just a personal view though.

With that, I thought I’d share a few thoughts about making this playlist. You can find the playlist at the very end if you don’t wish to read the reasons for picking some songs or for my thoughts on some of the soundtracks.

I listened or at least skimmed through every Final Fantasy soundtrack recently added to Spotify and Apple Music in order to create this playlist, many of which I was hearing for the very first time due to not playing that particular title before. I’m not an MMO person so even though I very, very briefly tried Final Fantasy XIV, I never got very far, meaning the huge breadth of music that had been created for the games was very much brand new to me.

I guess it makes sense for this to be the case because its an MMO, but a lot of music from Final Fantasy XIV in particular (though it could be found in Final Fantasy XI) was perfect as a background sound while working. They can be both load and brash for their battle music and intense moments but the field music and other music from the games can be equally soothing.

As a fun little anecdote, I’ve tried to complete Final Fantasy XIII from the very beginning on two separate occasions by this point. Both times I’ve tried to complete the game I’ve stopped at the exact same point in chapter 11. Despite this, I don’t view the game as negatively as some other people seem to, and I particularly love the game’s soundtrack. In fact, all three Final Fantasy XIII titles have some incredibly strong soundtracks. This can especially be found in the field themes for the game, which often mix either vocal sounds or vocals themselves, and I had to include a lot of these.

I don’t want to ramble on about the music for too much longer, but honestly, it’s a testament to the breadth and quality and range of Final Fantasy music on offer that such a playlist could be made in the first place. Even before I’d played a Final Fantasy title when I was a lot younger, some of my first experiences listening to video game music outside of the games themselves came from Final Fantasy, often from finding low-quality YouTube videos of the music. It would be fair to suggest Final Fantasy influenced my enjoyment of video game music and, to a limited extent, influenced the games and music I enjoy today.

Final Fantasy music was always able to cross genres and styles, and its music is quite rightly regarded as some of the best music in the industry. Going through a lot of this music was a way to go back to a lot of the music I enjoy and discover new soundtracks for games I’m yet to uncover. With Final Fantasy music now more accessible than ever thanks to its availability on Spotify and Apple Music, I hope more people take the opportunity to listen to it for themselves

And it reminded me that Final Fantasy: Spirits Within is a good movie, ANYHOW, here’s the playlist.