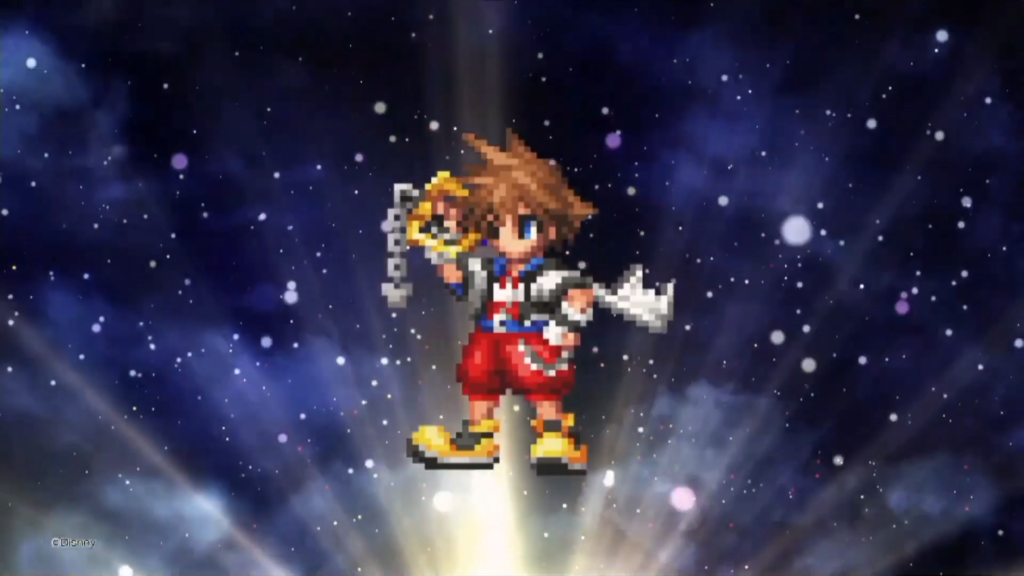 Beginning today through January 11, North American players can obtain Sora and Cloud from the first KINGDOM HEARTS game through a new featured summon. For Japan, their time with Sora and Cloud began last week on December 20. The latest trailer showcasing the limited-time event can be seen below on the official FINAL FANTASY BRAVE EXVIUS YouTube channel

Players just begging for a challenge can now face powerful enemies and earn even more magical prizes during the Guard Armor raid event. In addition, players will have the opportunity to face off in a boss battle against Darkside to earn generous rewards after trading in raid coins.

Perform raid summons with the raid coins you collect to get materials for crafting event-limited equipment. Also, you will get individual rewards based on the event points you obtained which include recipes and materials.

In FINAL FANTASY BRAVE EXVIUS, players can summon characters from other Final Fantasy and collaborative titles by participating in the games infamous gacha system where players can use that to build a party of five characters and I certainly recommend it personally for any fan of Final Fantasy, turn-based RPGs, and general fans of SQUARE-ENIX in general. The number of crossovers they include can be truly staggering. The game was first revealed at the Final Fantasy Live Event in Tokyo in November 2014, and since then, has been such a success worldwide. FINAL FANTASY BRAVE EXVIUS is available now as a free-to-play game (with in-app purchases) through the App Store, Google Play and the Amazon App store.