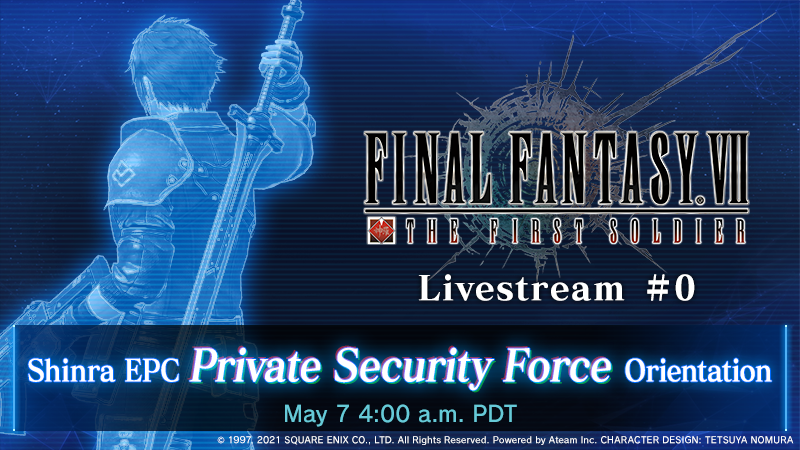 The revival, expansion, and reimagining of the Final Fantasy VII universe continues.

In today’s livestream, appropriately titled the ‘Shinra EPC Private Security Force Orientation’, plenty of new gameplay details were revealed regarding the upcoming Final Fantasy VII: First Soldier mobile game. The title’s producer Shoichi Ichikawa was at the helm of the presentation, with Final Fantasy VII creative director Tetsuya Nomura also making a voice appearance to the excitement of fans watching around the world.

Only a few days ago, SQUARE ENIX opened an official Discord server and Twitter account for the upcoming battle royale experience, implying that a release date is on the horizon. First Soldier will attempt to bring some classic Final Fantasy aspects to the battle royale genre, allowing players to use magic and other familiar abilities on their quest to become a member of SOLDIER. After all, you’re just another candidate for the program, and you’re all in a huge VR simulation to test your grit and gumption. 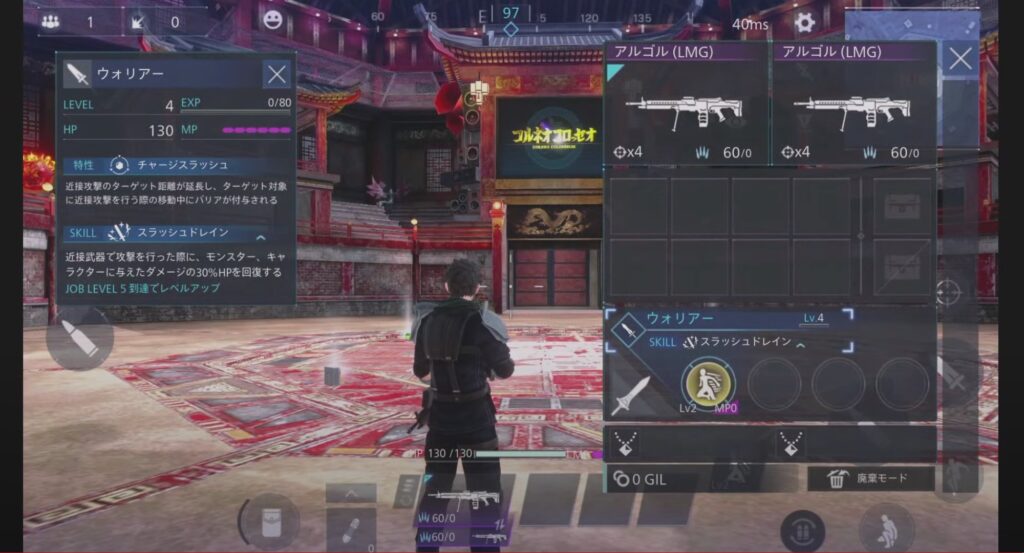 The game takes place 30 years prior to the events of Final Fantasy VII, and will detail how Shinra Electric Power Company sought to further increase its power with the creation of the mysterious Project 0.

Players should be excited: the title isn’t set in some far-off desert, but in Midgar proper, with familiar locales such as the Colosseum and Seventh Heaven available for exploration. Plenty of unique monsters will spawn outside the city walls, and as with other titles in the series, certain attacks will give you an advantage over certain enemies. Summons will make an appearance as rare drops able to be used by any class, with Ifrit being the only one mentioned thus far. 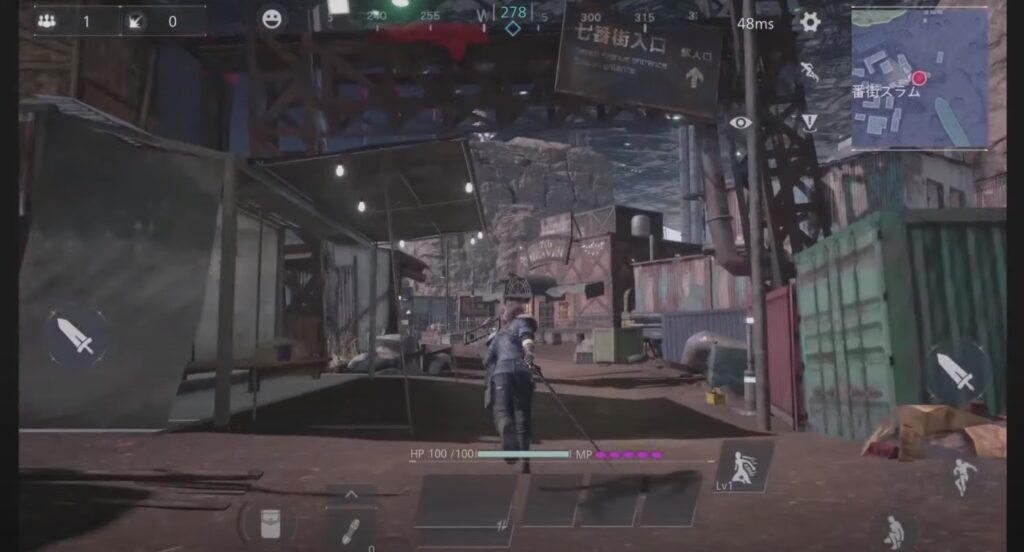 If you’re feeling truly benevolent, you’ll be able to revive your teammates and drop materia for their benefit. You might need that, because materia attacks are friendly-fire capable! Don’t go throwing a Firaga when your buddy is in the fray. We’re also happy to report that while not yet implemented, developers are currently working on controller support.

Players can pick up magical abilities from the field, and combine them to create stronger attacks or give abilities: for example, Aero will allow you to quickly fly into the air, helping avoid incoming attacks. Killing monsters will also allow you to level up, but be careful: you’ll need to watch your surroundings, in case someone is waiting in the wings to take you down. Bosses do have an enmity system, so running away is helpful if you’d like them to cool off. 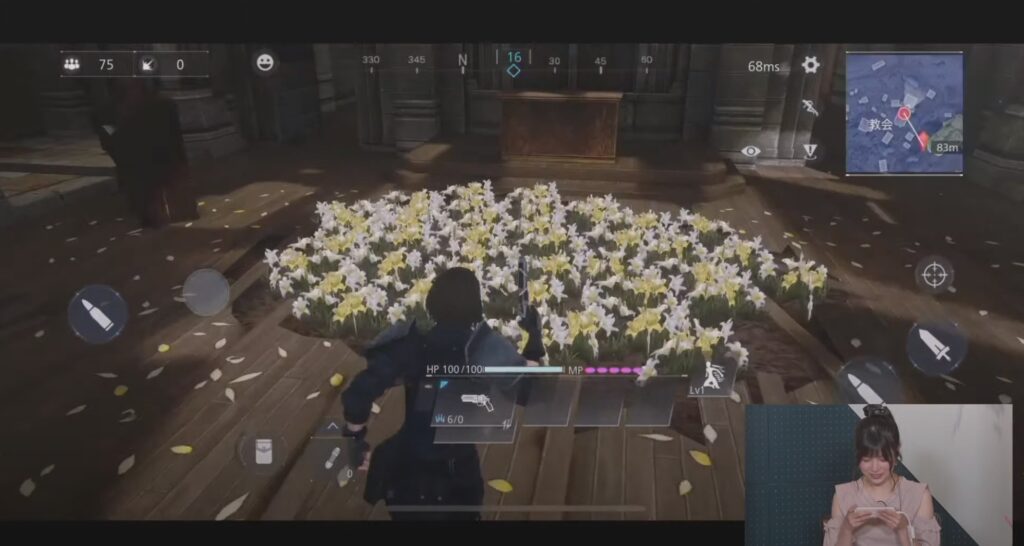 Leveling up won’t be enough: you’ll still need to find better armor and weapons to get a leg up on the competition. Each team match will have up to seventy-five players, and prior to each match, players can change their class at will. Warrior, sorcerer, monk, and ranger were the classes featured, with each giving the player a specific ability and skill to start: for example, warriors have the ability to dash, while rangers can see where other players are on the map.

Players can swap between weapons by clicking on the bar, with three slots available for materia, and the UI can also be rearranged to your liking. There will be various cosmetics available, as well as mounts, including Chocobo and a certain very well-known motorcycle. Yes, you can slash enemies while riding around in style.

It’s also difficult not to have Fortnite flashbacks when seeing your player jumping out of a helicopter at your destination, but we’re giving all of this the benefit of the doubt: the gameplay is undeniably smooth for a mobile title, and we get the sense that we’re watching a console game. Watching some live gameplay, it’s clear that this title isn’t simply about camping and sniping, and actual strategy is needed to secure victory.

After nearly an hour of raw gameplay footage, it was announced that players can sign up for the closed beta starting today until 27 May, with the beta period running from 1 to 7 June. While this will be available on iOS and Android in Japan, players in the US will only be able to sign up through the Google Play Store.

The stream wrapped with the jam-packed final trailer for Final Fantasy VII Remake Intergrade, with plenty of new gameplay footage and a very adorable Yuffie. There’s also a hint of the updated Fort Condor mini-game, an epic battle against Scarlet, and some familiar faces popping up from the Playstation 2 era. Fellow Dirge of Cerberus fans, get pumped.

SQUARE ENIX announced The First Soldier‘s release window as ‘2021’ but no specific date has been set. Final Fantasy VII Remake Intergrade for PlayStation 5 will release on 10 June.