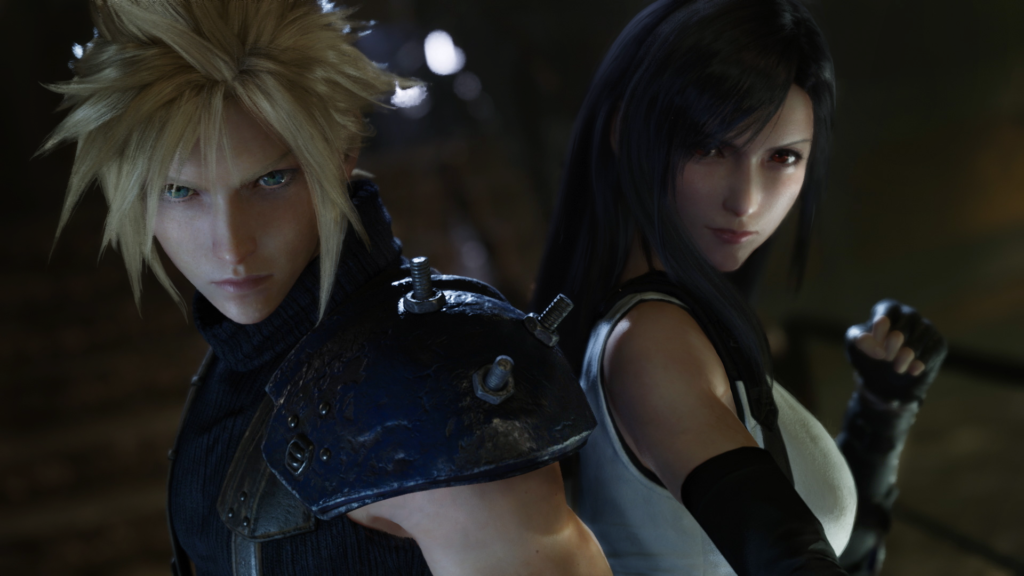 Square Enix promised, and Square Enix delivered. After the recent trailer for the remake was shown during the Final Fantasy VII concert, the public was told to keep their eyes firmly glued to Square Enix’s upcoming E3 press conference, with the tantalizing promise of even more footage for the highly-anticipated remake to the beloved RPG. How much of the game we’d see during the conference had been unknown, but fans surely can’t complain about what we got, a 20-minute blowout showcasing the game’s battle system, Tifa and more.

Indeed, on-stage gameplay was the surprise in store for fans who chose to tune into Square Enix’s packed E3 press conference. It was actually the first game shown off during the event! For this gameplay demo, Yoshinori Kitase and Neal Pabon were on hand to walk us through the real-time action battle system of this remake. While it will take place in real time and give players full control over your entire party to move, attack and block at will, the Active Time Battle system from the original game will still be in effect here in a different form. Here, your normal attacks will help to charge the meter, from which you’ll be able to launch magic attacks and other abilities. While performing such actions, the gameplay will slow to a crawl while you scroll through menus, an effect that, I’m not gonna lie, looks incredibly cool.

Alongside gameplay showing this battle system off with both standard battles and an early boss battle, an extended version of the trailer premiered at the Final Fantasy VII concert a few days earlier which provided us with the game’s release date was premiered. In this trailer, we finally got our first look at fan-favorite character Tifa, as well as another look at Sephiroth. More elements from the early parts of the game were shown as well over the course of this beefy 4-minute trailer, teasing fans on what to expect when the game launches next year.

Finally, we had the confirmation that this would be the first part of the remake, and the contents of this part of the remake would take place entirely within the walls of Midgar itself. This may sound small in the context of the original game, but the content of this section of the game has been expanded, so much so the game will be shipped on 2 Blu-ray discs If you choose to buy the physical release of this game. Not only that, the game will be sold as both a standard edition, a deluxe edition with a steel book case, artbook and mini-soundtrack CD and a First Class edition which bundles in an impressive Play Arts Cloud Strife figure as he sits on his Hardy Daytona. 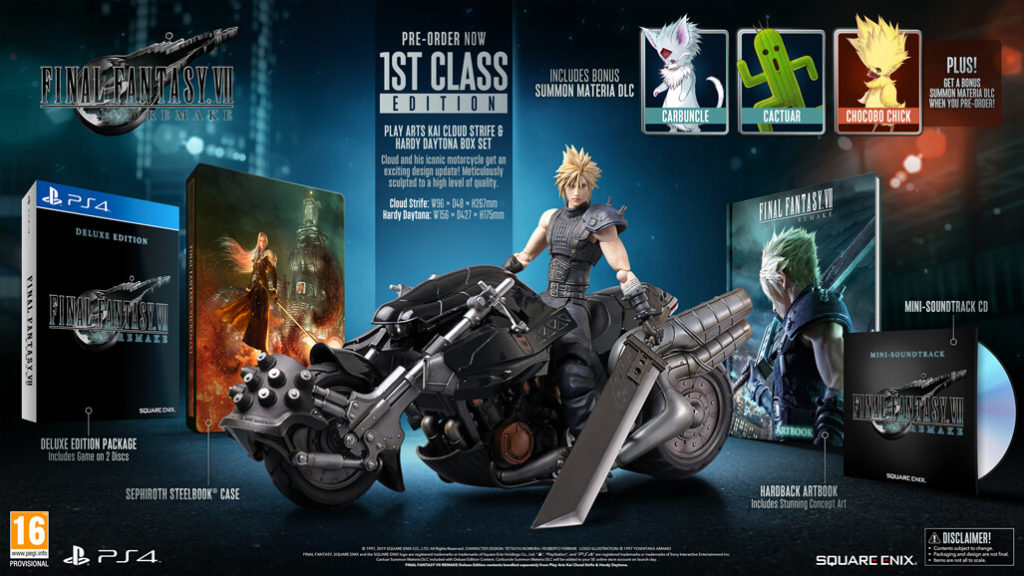 All in all, the huge blow out of information we received both last month and this month really make it seem like it won’t be too much longer until we have this remake (or at least the first part of this remake) in our hands at long last. The Final Fantasy VII remake’s E3 showcase definitely didn’t disappoint, and the game is set to launch exclusively on PS4 on March 3, 2020, and you can find out more about the game over on the game’s official website.