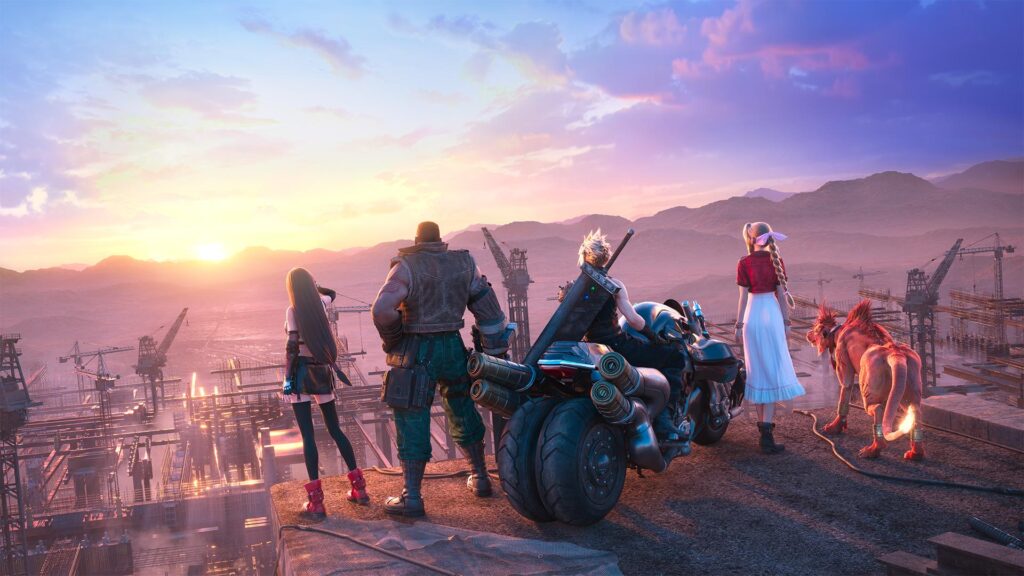 Today, SQUARE ENIX shared a new key visual for Final Fantasy VII Remake Intergrade, and many new images. It’s hard to believe that it’s already more than a year since the release of Remake for PlayStation 4. It’s just as hard to believe that we’re less than a month away from the release of Intergrade and the additional Yuffie quest line INTERmission.

The new key visual has our protagonists standing on top of a hill (well, except for Cloud who is sitting comfortably on his bike) staring at the next installment in the Remake series (that is hopefully not too far away). You can check it out at the top of the article.

SQUARE ENIX also shared a bunch of new details about the upcoming INTERGRADE upgrade and the INTERmission expansion.

Nero, voiced by Sean Chiplock in the English version of the game and Ryotaro Okiayu in the Japanese version, is a brand new character that wasn’t part of the previous FFVII Compilation titles. He looks like he is donning some kind of mechanical wings. 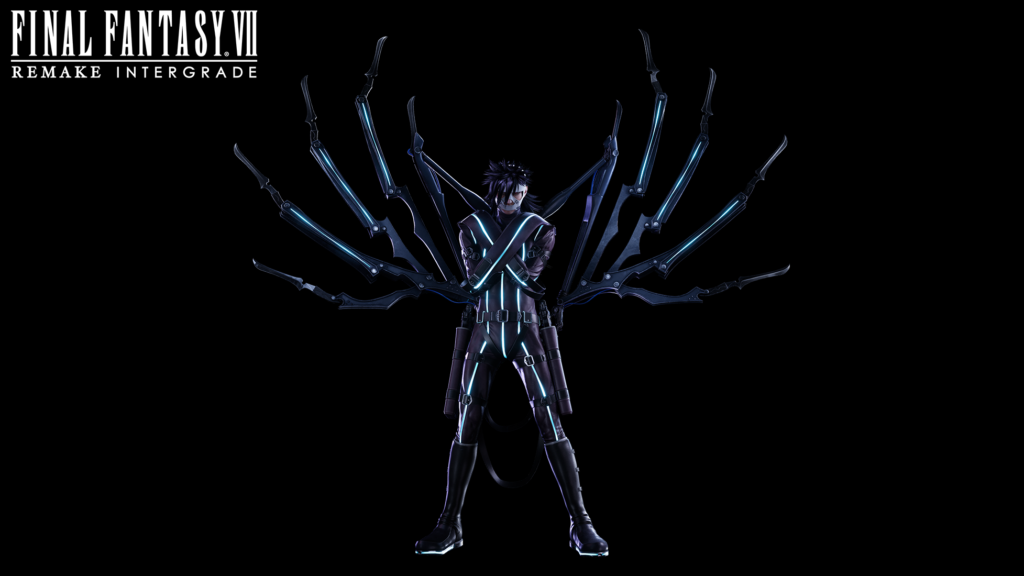 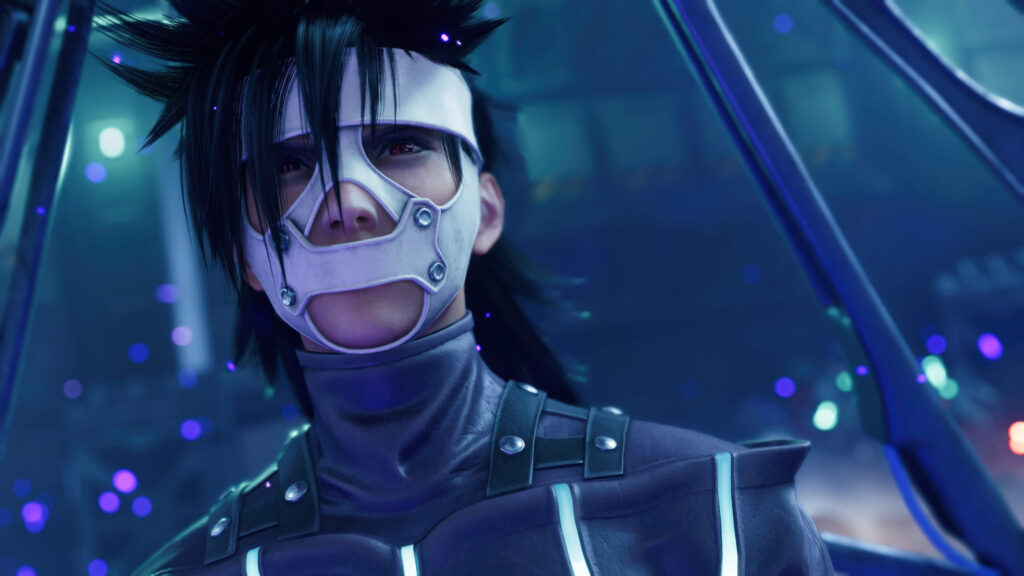 Nero is a member of an elite unit within Deepground known as the Tsviets. As a result of the experiment that brought him into the world, he has the power to control darkness. Dubbed ‘Nero the Sable’ by some, he lives up to that title by engulfing whatever he pleases in a vast abyss. He’s also the younger brother of Weiss the Immaculate, whom he practically worships.

Next up is Scarlet and the Crimson Mare. 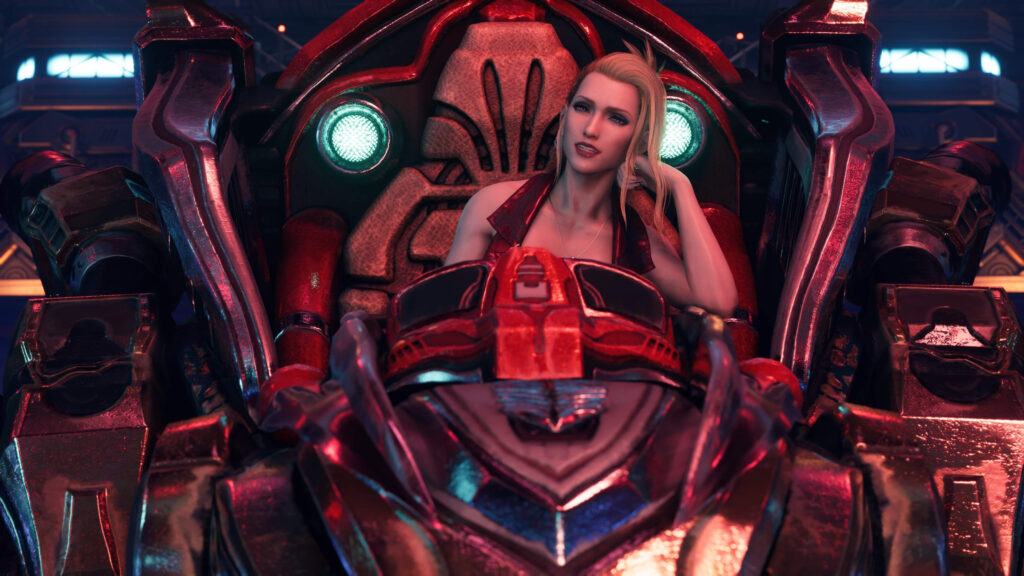 Scarlet is Shinra’s Director of Advanced Weaponry, and in charge of the very materia that Wutai wants to steal.

When Yuffie and Sonon infiltrate her division, she graciously let them become test subjects for a suit of battle armor called the Crimson Mare. I mean, that’s just being a good host, right? 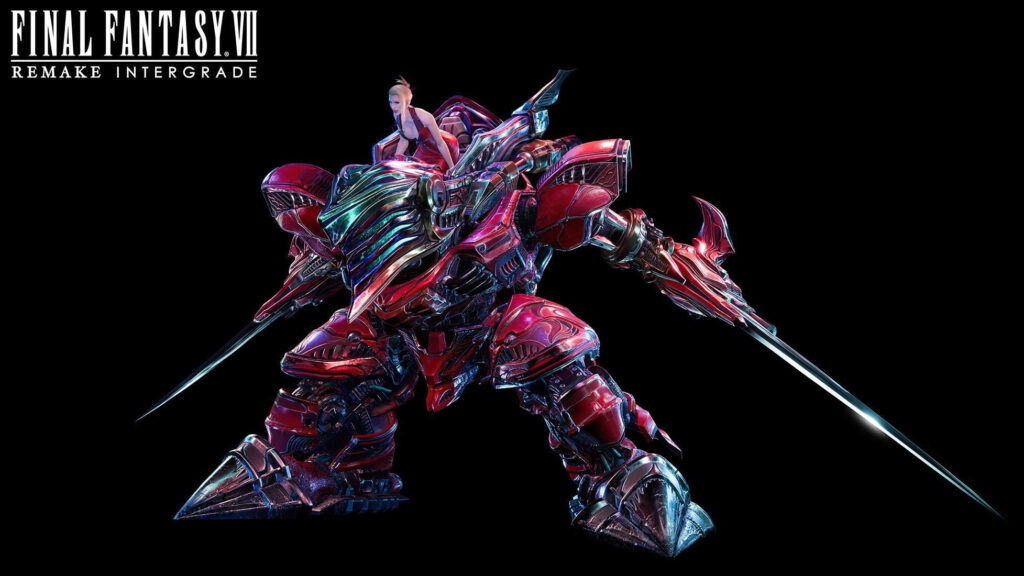 Scarlet developed the awesome armor herself and takes the pilot seat against the heroes. They’ll have their work cut out for them: the Crimson Mare comes equipped with interchangeable weapons, such as sabers and makocannons. True to its name, it’s more than capable of painting the arena red with the blood of its foes.

SQUARE ENIX also shared information about the Fort Condor mini-game that will be part of the INTERmission expansion pack. 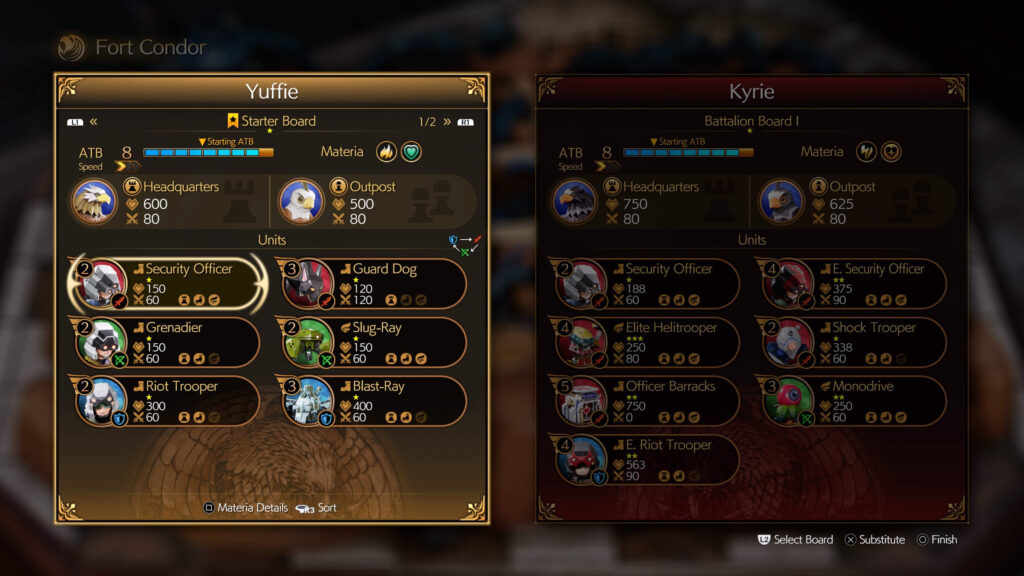 If Yuffie needs a break from clandestine ninja work, she can check out the hot new craze in the Midgar undercity: Fort Condor.

Inspired by one of Shinra’s military campaigns, it’s a game of strategy in which two players deploy units to conquer their opponent’s base and defend their own. Here’s how it works:

First you select the board, which determines the number of ATB charges and materia available to you. You can also set the units you wish to deploy. You use ATB charges to deploy a unit. Once deployed, it will march toward your opponent’s base and automatically engage any enemy units it encounters.

A unit is assigned one of three roles: vanguard, ranged, or defense. These determine which enemies it will be effective against. Materia can be used to cast powerful spells. Timing matters, as each orb can only be used once per match, so it’s up to you to decide when is best to use it.

Fort Condor is gaining massive popularity and word on the street (or under it) is that anyone who can defeat the grandmaster can win some rare materia. Now, does that sound like something a certain Wutaian ninja would be able to resist…? 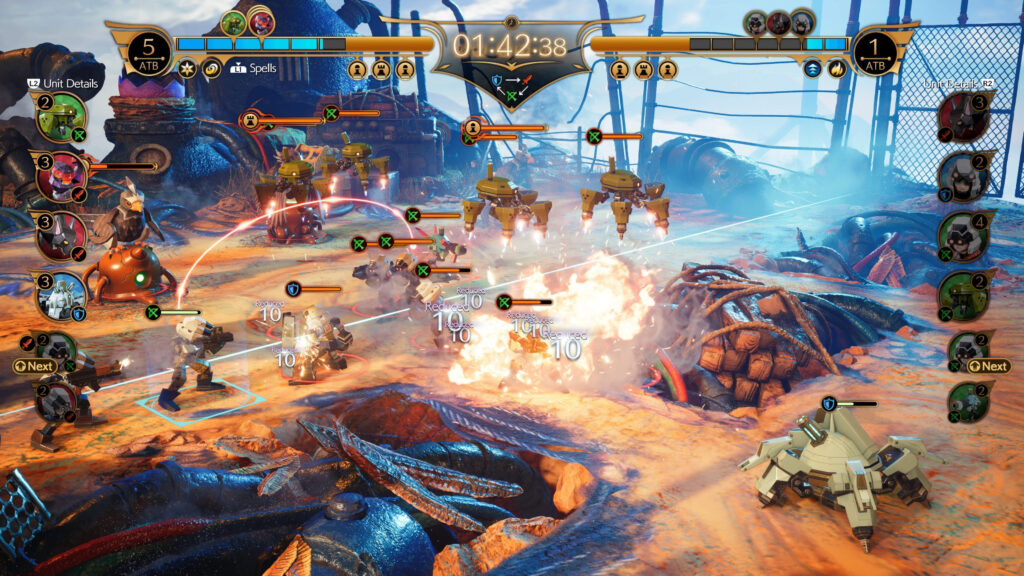 Last but definitely not least, they shared the new summon: lightning-bending Ramuh. 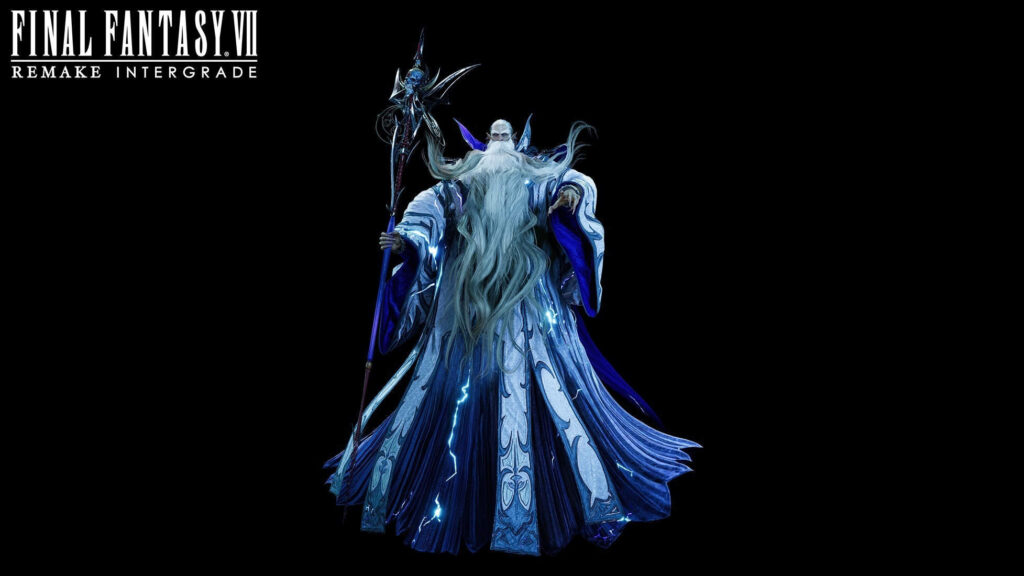 Quite a few people expressed regret that the lightning-launching Ramuh didn’t make an appearance in Final Fantasy VII Remake, including Co-Director Naoki Hamaguchi himself! That’s about to change. 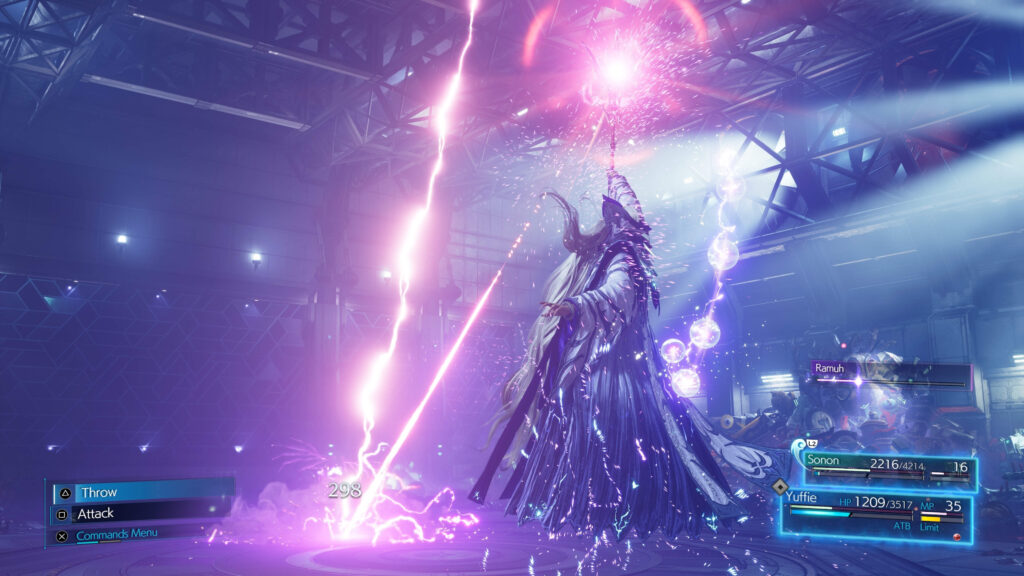 The fabled Lord of Levin is able to bend lightning to his will to strike down enemies. It’s said that he once cast judgment on the wicked with mighty bolts and exhorted humanity to accept law and order. 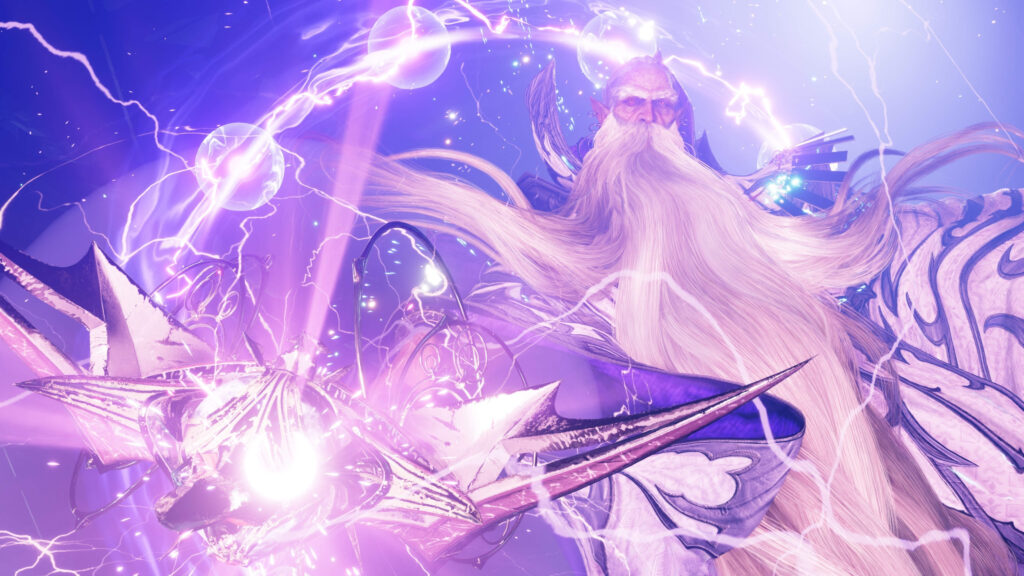 Final Fantasy VII Remake Intergrade and INTERmission are just three short weeks away, scheduled to launch exclusively on the PlayStation 5 on 10 June 2021.