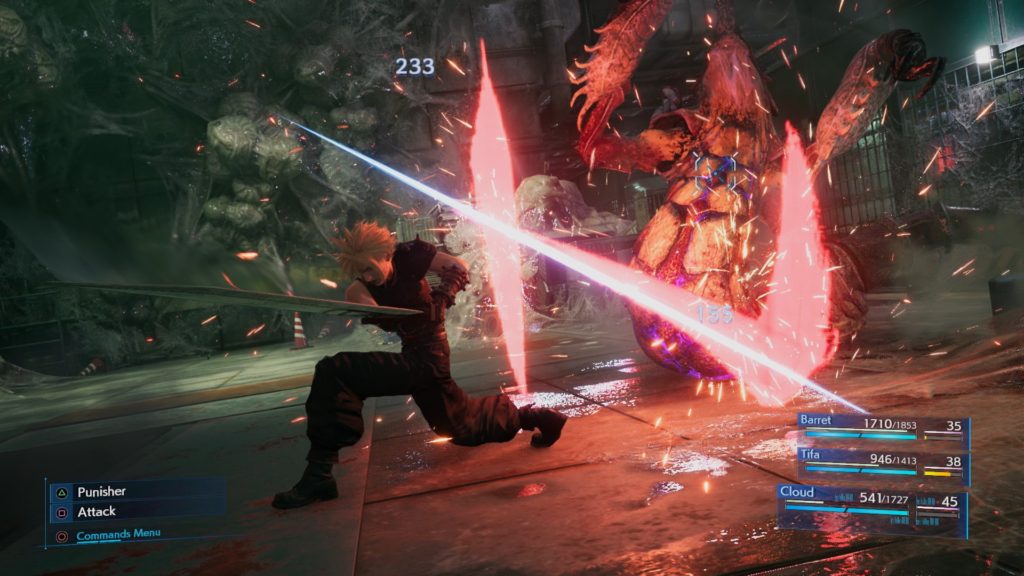 One of the most in-demand games of all-time has finally released a trailer that looks and feels playable. A remake of the classic 1997 title Final Fantasy VII was first announced during E3 2015 with a pre-rendered trailer by Visual Works, tagging Kingdom Hearts III‘s Tetsuya Nomura as director. We later got production details, mentioning that they’d brought on programmer Naoki Hamaguchi to serve as co-director and some vague information about the tone of the story. Another trailer was released later in 2015, showing a basic idea of how the gameplay would work.

From then, it was radio silence. Many believed that the game was going through some production difficulties and didn’t have anything to show. But the reality was that Square Enix was treating it as a significant title for the company. And the studio generally tries to focus their marketing efforts towards only a couple of games at a time, so Nomura was told to wait until Kingdom Hearts III had released before being allowed to show video footage.

So now that Kingdom Hearts III is a reality, it’s time for Final Fantasy VII Remake to become real as well in the latest trailer as a part of the PlayStation State of Play livestream. Instead of being littered with pre-rendered materials like 2015 trailers, this is primarily built in real-time. The UI has been remade to focus on quick button inputs, rather than navigating a menu and the gameplay feels Final Fantasy XV-esque with a focus on each character’s unique abilities.

The trailer ends by saying that we can expect more information in June. It’s likely this is referring to the Square Enix E3 conference on June 10. In 2015, it was announced that the game would release in multiple parts, but there’s no evidence to suggest that will still be the case. Hopefully, we’ll receive a release date to look forward to next month.