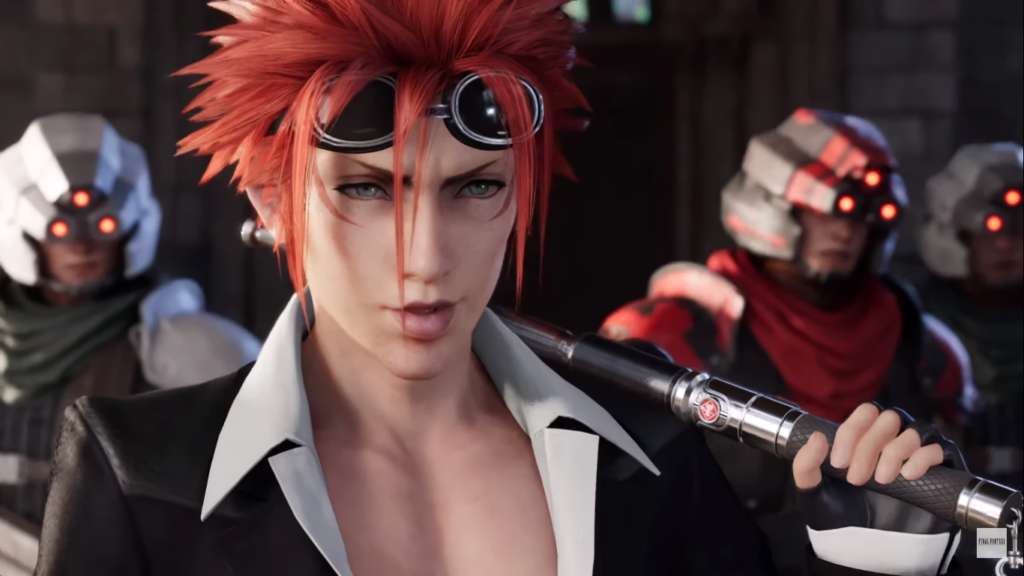 There are few video game villains that are as iconic as the Turks from Final Fantasy VII and today SQUARE ENIX announced that they’re going to be releasing dog tag necklaces from the legendary Turks trio: Rude, Reno, and Rufus.

Fans of Final Fantasy VII are always clamoring for more goods related to the Turks and SQUARE ENIX is delivering with these new items. I’m not a fan of the dog tag aesthetic but I think SQUARE ENIX did a great job with encapsulating the essence of each of the characters. 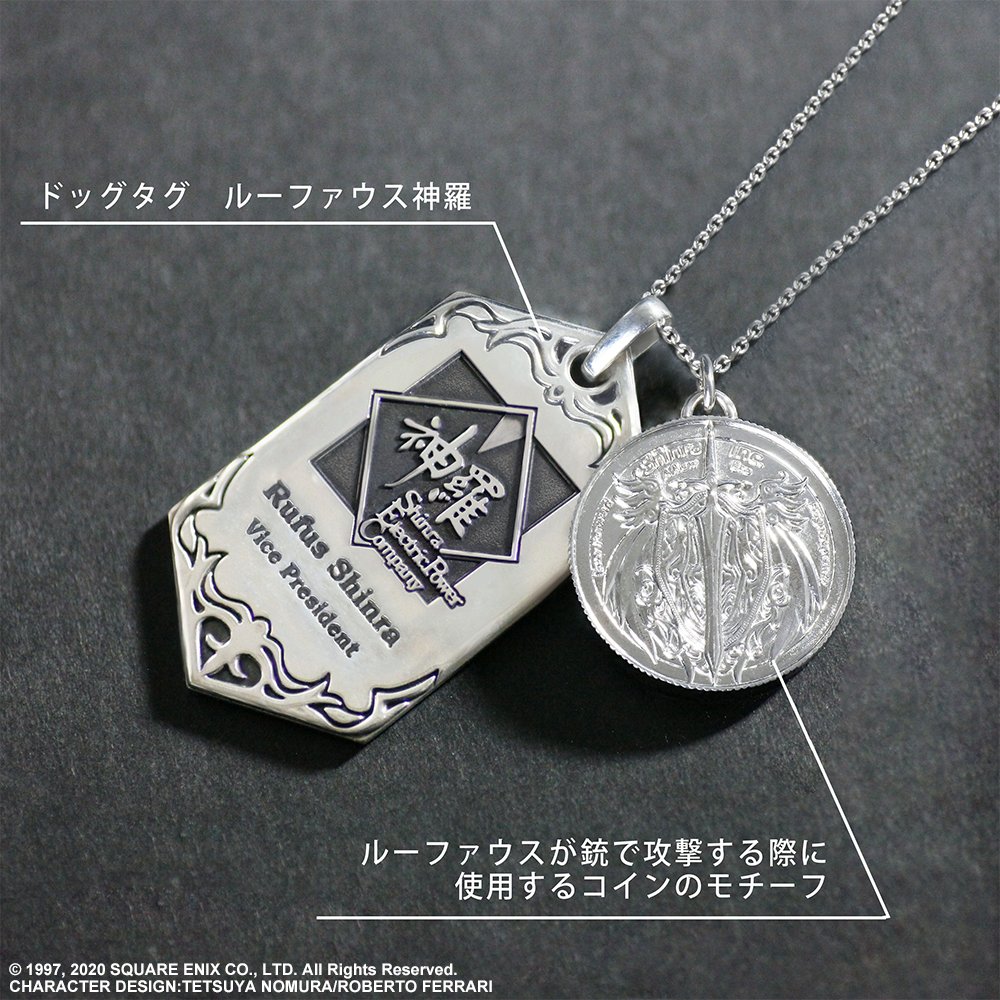 The Rufus dog tag is the star of the show here and rightfully so, considering he is the new president of Shinra Corporation. The dog tag has a very royal-looking engrave along the perimeter of the tag itself. In the center, there is the Shinra logo front and center with Rufus’s name under it and the title of ‘vice-president’ under his name. There is also a charm of the iconic coin that he is constantly fiddling with.

The Reno and the Rude dog tags are the same, aside from the name being different and the associated charm. Reno’s has his baton where Rude’s has his sunglasses that he never seems to run out of. 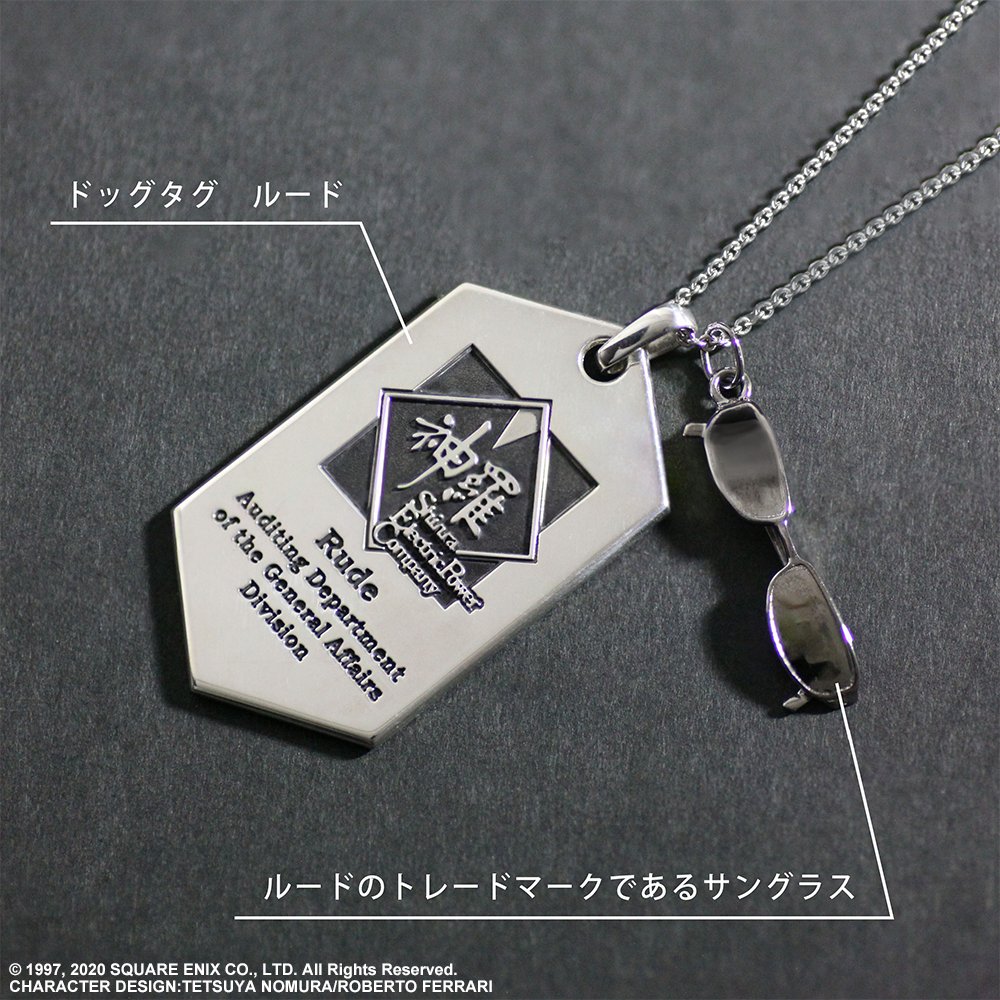 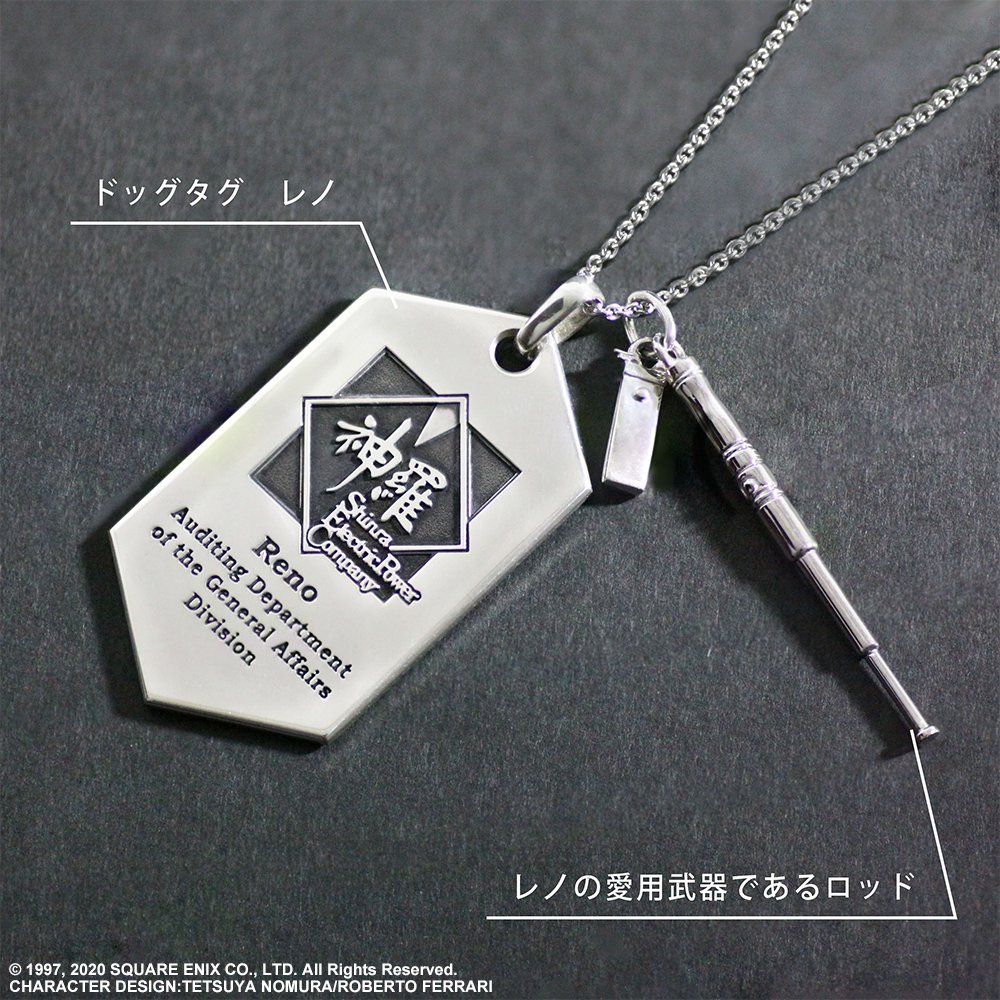 Each of the Final Fantasy VII dog tags is currently available to pre-order through the SQUARE ENIX Goods Webstore and will cost ¥29,700 (Approx. $280 USD) with a release date of 20 November 2021.

If you’re looking to get your hands on these, you’re going to need to have a friend in Japan place the order on your behalf as the SQUARE ENIX Goods Webstore does not ship internationally. The company has not announced an international release for these items.