Final Fantasy XIII: The Most Polarizing Entry to the Series? 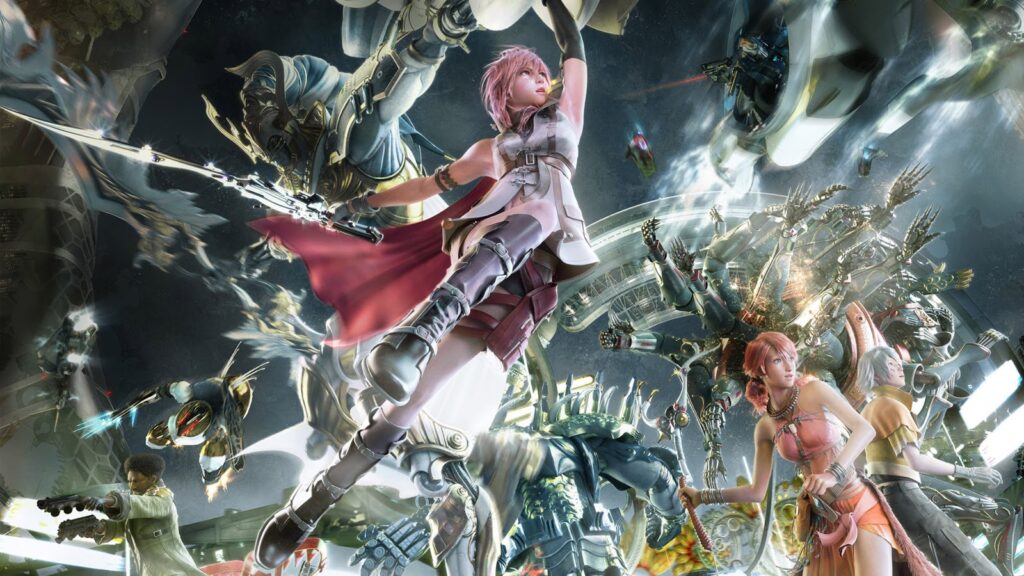 I’ve never met a fan of the Final Fantasy franchise with lukewarm feelings in regards to Final Fantasy XIII. The 2009 game was the fastest-selling title in the history of the series, and has spawned two direct sequels, both of which have also sold millions of copies. Critics gave the game positive reviews across the board, citing the art design and soundtrack as high points. 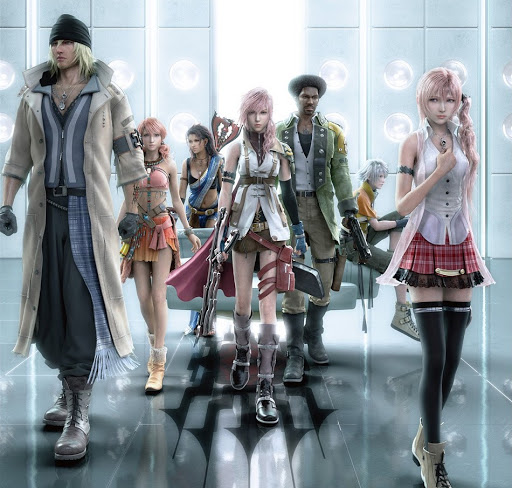 It seems cut and dry, Final Fantasy XIII is a good game. So why do so many people hate it?

XIII tells the story of two vastly different worlds–Gran Pulse, the lower world, and Cocoon, a giant floating orb floating above it. Within Cocoon is a futuristic utopia, isolated from the dangerous and monster-filled lands of Gran Pulse. The fragile relationship between the two is disrupted by a series of disastrous events, and Lightning, the pink-haired main character, must save her sister, who is at the center of it all.

If you haven’t guessed from my tone, I’m a fan of XIII. I dig the characters, the sci-fi feel and the shakeup from other titles. While XII took time to grow on me, I liked XIII right out of the gate. Is the story convoluted and incredibly confusing? Of course! But with Final Fantasy, that just comes with the territory.

Early Development: What was Final Fantasy Versus XIII?

In 2004, Motomu Toriyama, the director of the game, and Kazushige Nojima, the scenario conceptor, brainstormed ideas for XIII and came up with a laundry list of ideas and concepts. Daisuke Watanabe, the lead scenario writer, joined the team in 2006, having previously worked on Final Fantasy X and X-2 and the Kingdom Hearts series. 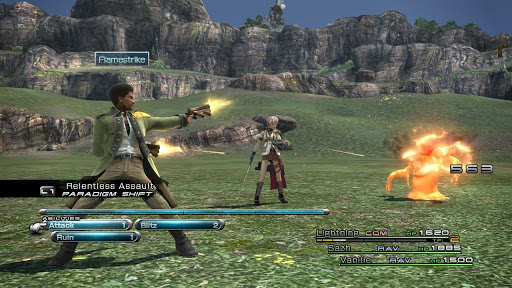 Originally planned for release on the Playstation 2, Square Enix decided to move it to the Playstation 3, developing it with a brand new game engine called Crystal Tools. Square Enix created the engine, and would go on to use it on the massively multiplayer online game Final Fantasy XIV and the sequels to XIII, XIII-2 and Lightning Returns.

Years later, in 2016, Versus was released. You know it as Final Fantasy XV.

The Music Brought a New Sound to the Franchise

Also, Uematsu passed on this project to compose for XIV. That’s a surprising one.

Luckily, you can find the entire Final Fantasy XIII soundtrack on Spotify. After the first track, you’ll wonder how anyone could deem this soundtrack as being ‘lesser.’

I’ll also mention that if you’re a student or you’re trying to work effectively from home, a certain playlist filled with Final Fantasy music exists to assist with your focus.

2011 saw the release of Final Fantasy XIII-2, the first direct sequel for the game. Similar to the original game in terms of combat and control, it added the ability to capture monsters and use them in battle, and featured a time-travel mechanic.

It also follows Lightning’s younger sister, Serah, instead of Lightning, who has disappeared into an unknown world. The development team made it clear that they wanted to make a darker game than the original, and wanted to make a less linear design for fans to enjoy.

XIII-2 was highly praised both in Japan and abroad, though many criticized the story as being confusing. Again, going into any Final Fantasy game expecting not to be confused seems like a huge mistake.

In 2013, Square Enix released Lightning Returns: Final Fantasy XIII. A direct sequel to XIII-2 and the final piece of the XIII puzzle, it added new battle mechanics and the ability to customize clothing. If you’re not a fan of time trials, you might want to skip this one–the game adds time limits to basically everything you do, including side quests.

Lightning Returns, as you would expect, follows Lightning yet again, awakening from a deep slumber 13 days before the world is set to end. The need for speed probably makes more sense now, huh?

Out of the three games, Lightning Returns received the most mixed reviews, with many people–like me–disliking the time limit and weak story. If you like the feeling of being constantly stressed out, though, this the game for you!

Most praise for Final Fantasy XIII was given to its environments. The colors throughout the game are vibrant and vivid, with inspirational art design and graphic prowess which was a new addition to the series. The opening pre-rendered movie moves seamlessly into the actual gameplay, and while this may look someone primitive by today’s graphics standards, at the time it was beyond groundbreaking.

After Final Fantasy XII introduced an open-world structure and revitalized the franchise, criticism fell on Final Fantasy XIII for being incredibly linear. However, in the face of these complaints, the director of the game explained that the game’s story would be difficult to tell if the player was given too much freedom, and that players should consider XIII an FPS instead of the typical RPG.

At the end of the day, it’s up to personal opinion. If you’ve played XIII, what were your biggest complaints? What did you like? What needed to be improved?

To my eternal frustration, the XIII games currently aren’t available on Playstation 4. Believe me, I think about it nearly every day.

Physical copies of XIII, XIII-2 and Lightning Returns can be found on Amazon or at a game shop near you.

You can also purchase XIII on PC, the Playstation 3 store, or the Microsoft Store for Xbox 360 and Xbox One.