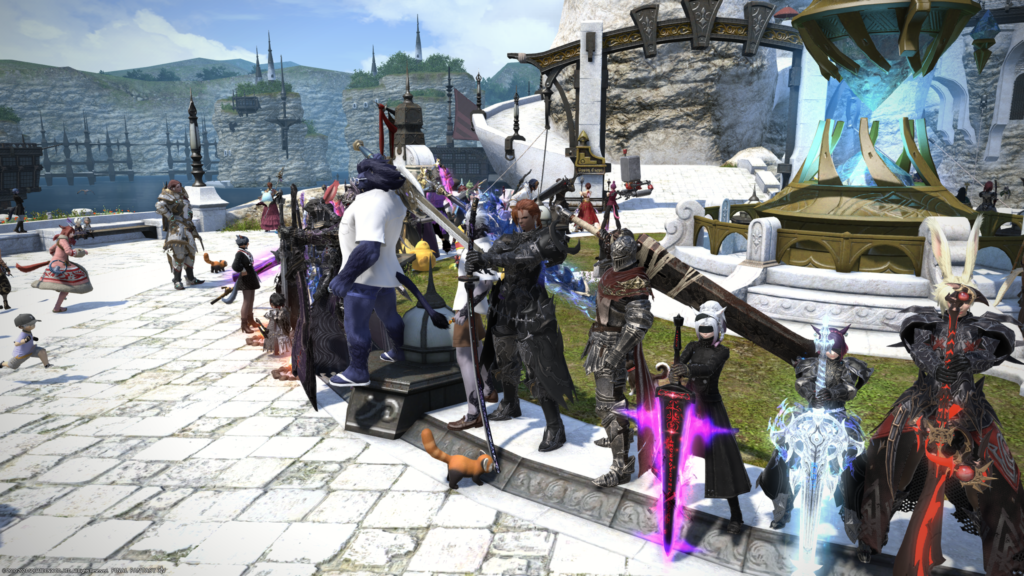 After the difficult news of Kentaro Miura‘s passing at the young age of fifty-four, the Final Fantasy XIV community is honoring the late creator in the virtual world.

Social media has been flooded by images of players gathering in the streets of Eorzea, many adorned in Dark Knight garb as an homage to the protagonist of the Berserk series, Guts.

Balmung paying Berserk tribute.
An entire wall of Dark Knights from one end of Ul'dah to the other.#ffxiv#Berserk pic.twitter.com/pdNo8o7esc

While not directly working in the game industry, Miura’s designs have proved a massive influence to several popular works over the years, from Dark Souls to Castlevania.

Kentaro Miura, author of the Manga "Berserk" has passed away, and the news about his death came out not too long ago. On all Data Centers and Servers, Dark Knights are lining up in Ul'Dah to reminisce, mourn his death and honor his memory.

The Final Fantasy XIV community is no stranger to acts of heartfelt goodwill. In 2017, players organized to donate to blood drives, while in 2020, European players banded together to fight cancer. After the loss of a fellow player from COVID-19, an online funeral was held in April of last year, with hundreds logging on simultaneously to pay their respects to a member of the FFXIV family.

The Dark Knight class has gained a bit of added meaning. While the Berserk series may have been left unfinished, players are sure to seek out their own adventures, ready to follow in Guts’ footsteps.