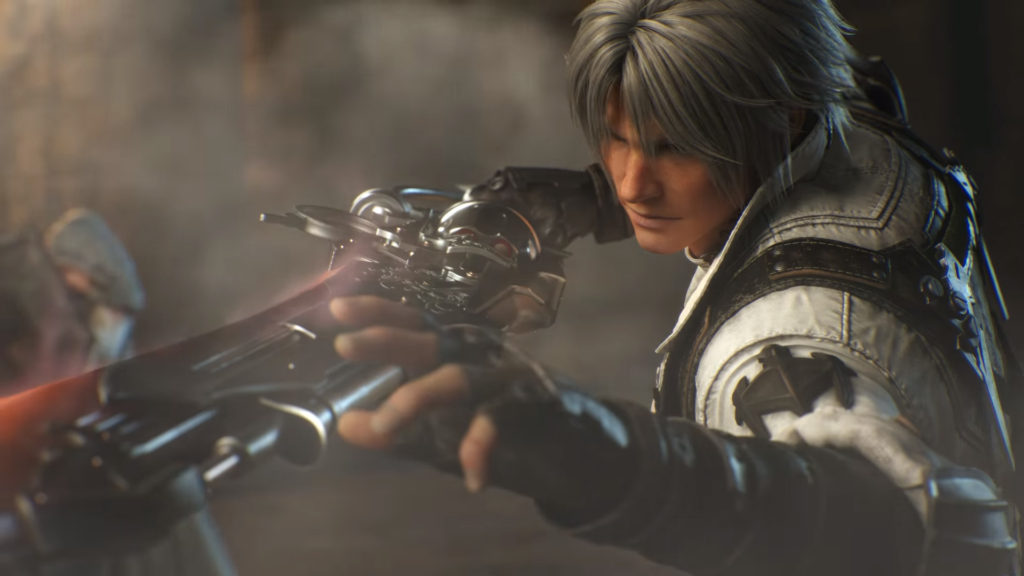 Square Enix’s brightest MMORPG title Final Fantasy XIV just keeps getting bigger and bigger! I remember the excitement that came with the game first relaunching as Final Fantasy XIV: A Realm Reborn in 2013 and being surprised that this was the same game that we’d heard so many horror stories from. It’s just my opinion, but Final Fantasy XIV went from being one of the worst MMORPGs to the best available MMORPG on the market in just a few years.

Since then, director Naoki Yoshida and the team at Square Enix have been determined to change the image of the game, with fixes, updates, and most importantly, new content in the form of expansions.

The latest expansion to be released is Shadowbringers (5.0), which sees the protagonists become warriors of darkness to battle a new threat. There have already been some facts about Shadowbringers that were announced at Final Fantasy XIV Fan Festival 2018: North America, including the addition of the Viera race from Final Fantasy XII, new areas and New Game+.

However, further details were announced at this week’s Final Fantasy XIV Fan Festival 2019: Europe in Paris where even more announcements were made. Before we get into the details, it’s worth stating the biggest announcement up-front: The expansion will be released on July 2, 2019.

One of the other big announcements was the Gunbreaker job class which has players wielding gunblades. It’s perfect for those who want to play like Squall from Final Fantasy VIII. In fact, Squall’s specific gunblade, the Revolver, will be available to players who purchase the collector’s edition, along with a wind-up Fran minion from Final Fantasy XII and a new mount called a “Grani”. 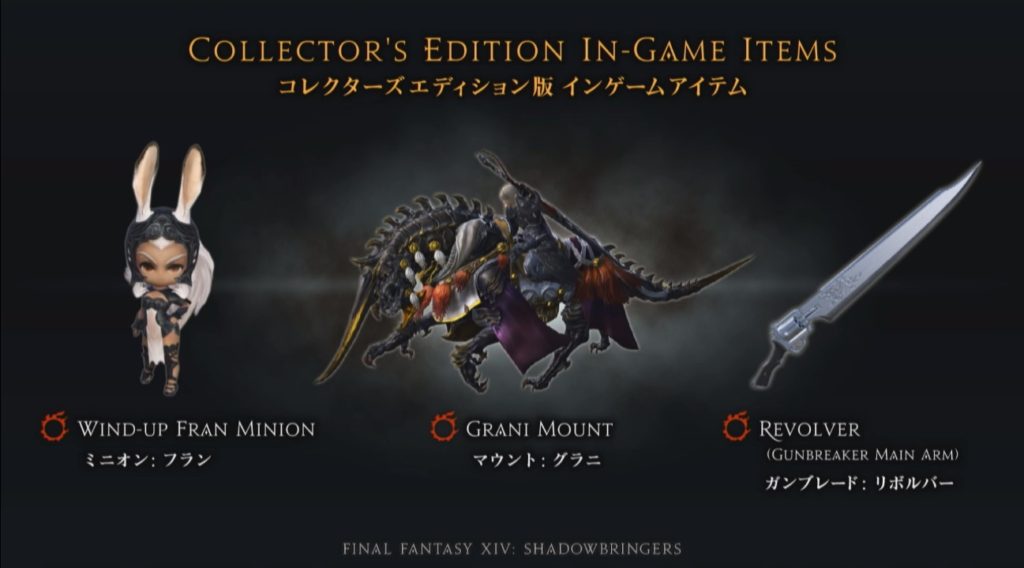 Although if you’re not willing to shell out for these in-game items (plus an artbook and special figure), you can still get some bonuses for pre-ordering the game. Those players will receive a minion based on the creepy gremlins and a fan-requested exp-boosting item. They will also get early access to the expansion on June 28, 2019. 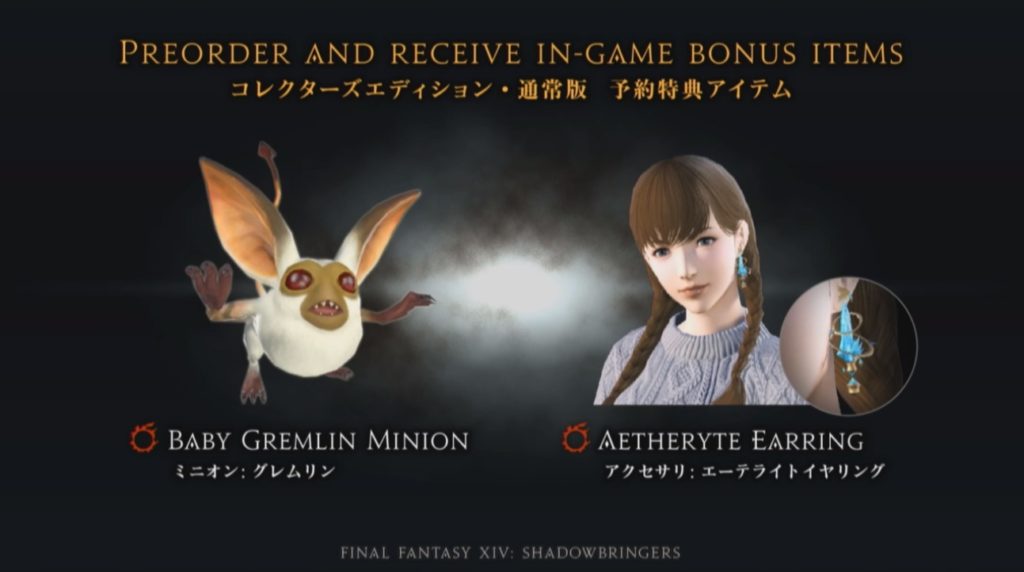 Although these were big announcements for those looking forward to the release, many of them had already been predicted. The one that truly surprised viewers was the announcement that NieR: Automata creator Yoko Taro and producer Yosuke Saito would be working on developing a Final Fantasy XIV raid known as “YoRHa: Dark Apocalypse” which will take place after NieR: Automata. No other details were announced, but it definitely was great to see the two muse over why on earth they would be selected to help develop a raid. 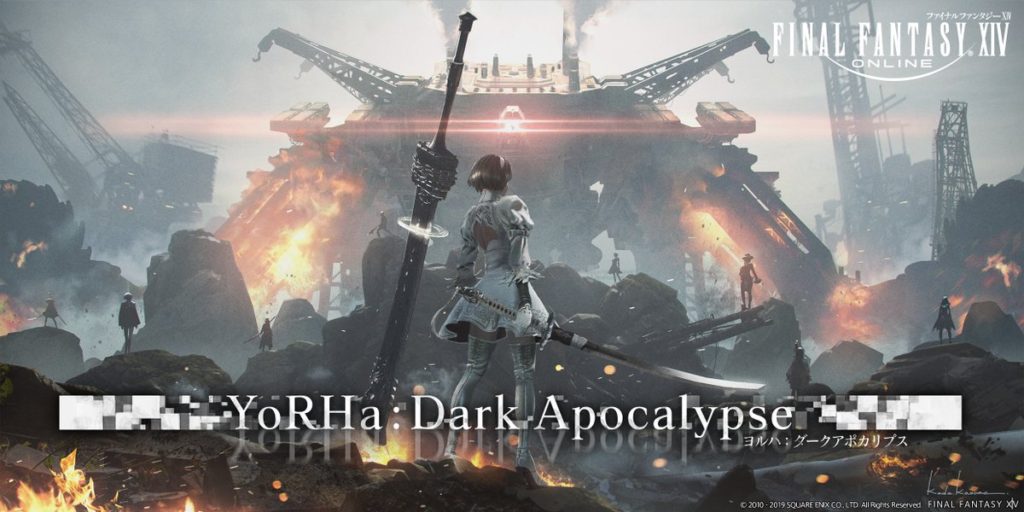 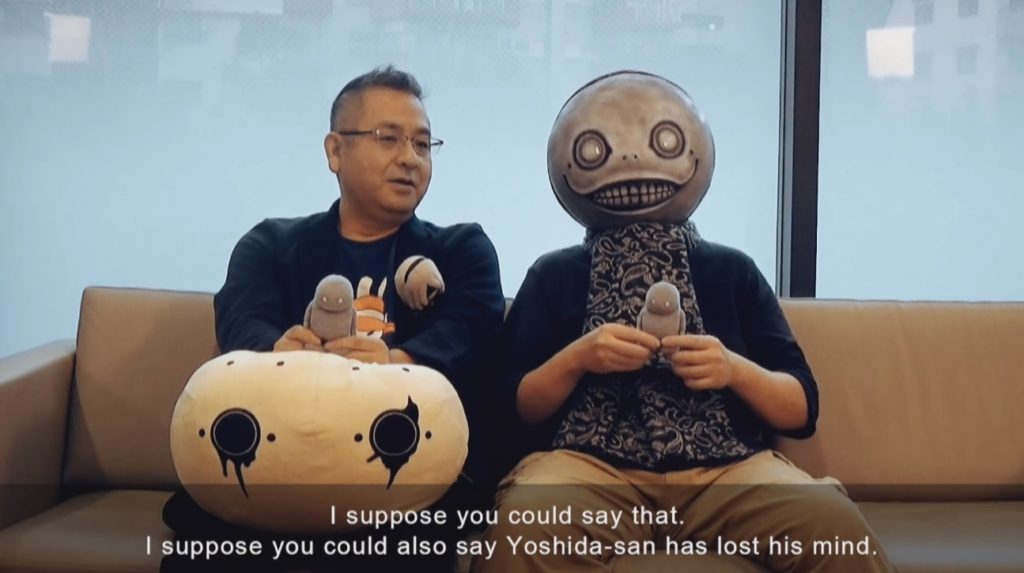 There’s still a lot more yet to be announced, with the reveal of the other new job class and other details to be revealed at Final Fantasy XIV Fan Festival: Japan in Tokyo on March 23. As someone who hasn’t played past Final Fantasy XIV: Heavensward, these announcements are definitely making me consider jumping back in for Shadowbringers.

It’s likely that many others will do so as well, which is why they are offering free Final Fantasy XIV Starter Editions to Twitch Prime members between February 8 – May 3. This version of Final Fantasy XIV only includes the base game, but will feature all of the new content once you’ve purchased Shadowbringers. Recap all the information so far and watch the trailer at Final Fantasy XIV’s official website.