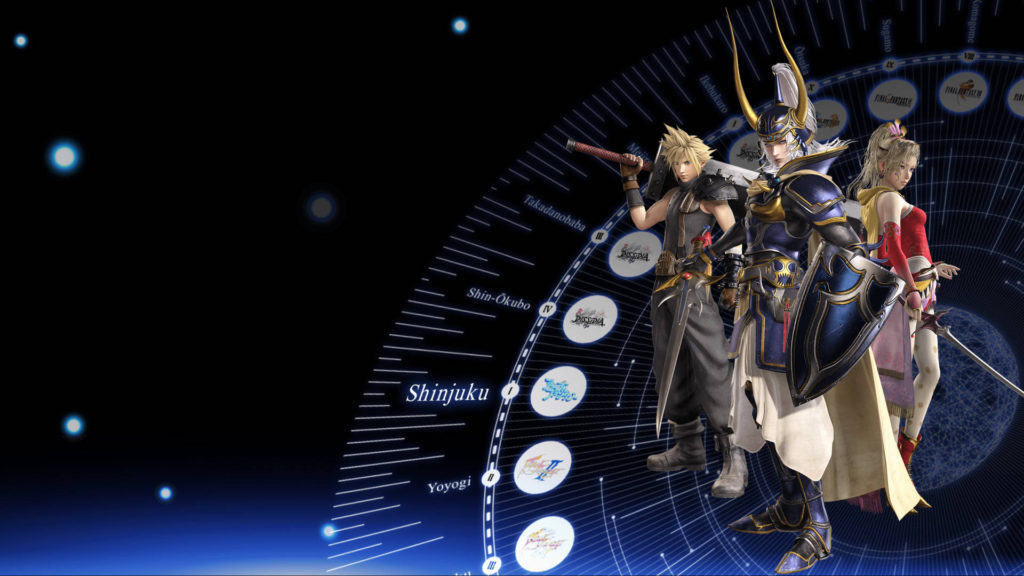 Have you heard of the newest Final Fantasy game? No? You can’t let yourself be the only person not playing FFYL! That’s right, Final Fantasy Yamanote Line was just released by Square Enix and JR East Japan. All aboard the hype train! Come to think of it, those JR guys must be new developers; I’ve certainly never played one of their games before. What’s that? JR actually stands for “Japan Railway”? The Yamanote Line is a commuter loop line in Tokyo?

Alright, that’s enough playing for me. While it is a bit unfortunate that not everyone will be able to take part in this latest Final Fantasy experience, I think that it is pretty easy to admit that it’s a neat concept that will certainly prompt a number of people to explore Tokyo outside of the few train stops they’re used to. Take a peek at the video below for an overview of the promotion.

You’ve probably realized that FFYL is not actually a game per se — it’s not even a full-blown mobile app. Instead, you’ll be navigating the landscapes of the fabled Yamanote Sen through your phone’s camera and web browser. At each of the 29 stations of one of Tokyo’s busiest train lines, you’ll find a poster representing a different Final Fantasy game, complete with its own unique QR code. Scan the code to acquire that station’s stamp and other assorted freebies, like wallpapers for your phone.

Furthermore, if you scan one of the special boss posters located at 15 of the stops in nearby establishments like Atre department stores and other JR retail centers, you’ll be able to Tweet out an attack against that boss! Each Tweet deals damage, so you are basically working together with all the other participants in Tokyo to take them down. If any given boss is defeated over the course of the campaign, November 15 to December 27, then everyone will receive an official wallpaper as a reward.

So there you have it. FFYL is not an expansive mobile gaming experience by any means, but it does sound like a fun little excuse to complete a loop around Tokyo. If you happen to be visiting the city around this time, then I can’t think of a better excuse to hit up all of the Yamanote Line stops!