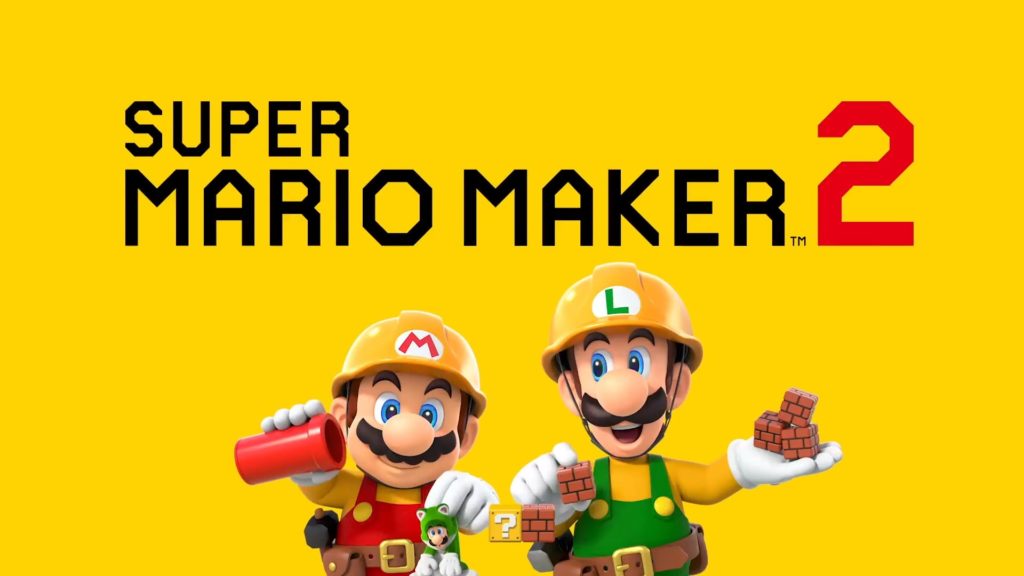 Although Super Mario Maker fans have probably been expecting this for a while now, Nintendo released a video today highlighting the third and final major update to Mario Maker 2 on the Nintendo Switch. The last update, which included the introduction of Legend of Zelda gameplay elements amongst many others, was revealed & released back in December of 2019 meaning that fans have been hungry for new content for a little while now. This new update brings some pretty significant additions to the game in the form of power-up, level pieces, and even bosses!

Starting off, each playstyle is receiving a new power-up of some type to add more elements to gameplay. These new power-ups range from a Super Mario Bros. 2 style power-up in the base level building style to a number of masks that give Mario a wide variety of new abilities in the Super Mario 3D World level style. I wouldn’t go as far as to say that each of these inclusions are really that impressive (I’m looking at you Power Acorn), but the best level makers in the Super Mario Maker community never cease to amaze me in the ways that they utilize even the lamest pieces in the most amazing of ways. 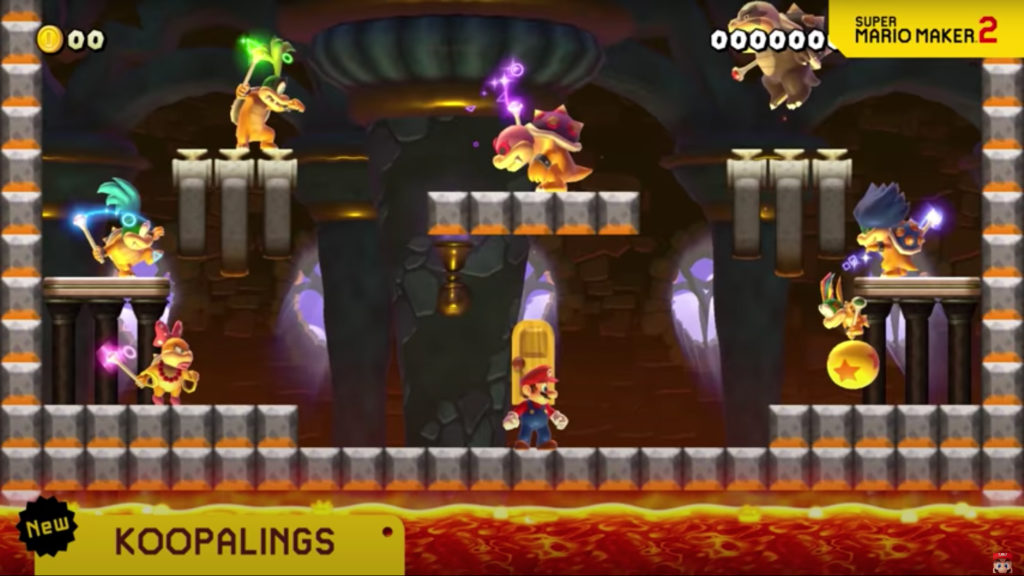 Of the announcements made today I would definitely count the addition of the Koopalings to the game as a major one. Up until now, players have only had a few options for bosses to add to their levels, making for a lot of the same kind of encounters in most situations. Some level creators got really creative in light of their lack of options, and hopefully, that will continue, but now even more variety is being made available in the form of the Koopalings. First introduced in Super Mario Bros. 3, these 7 characters each have their own personalities and moves which will add a much-needed range to boss encounters in levels going forward. Unfortunately, this also means that boss spam is probably going to get a million times worse, but I’ll take the good with the bad.

New pieces are also in-store, and I’ll have to say that some of the new inclusions really surprised me. The cursed key, in particular, is really cool to see added and I’m loving what they did with the Mechakoopas. Mechakoopas have always had their place in romhacks as useful platforming options, but giving them additional abilities in Super Mario Maker 2 is sure to add a ton of new elements to their usefulness. The laser Mechakoopa is absolutely insane. 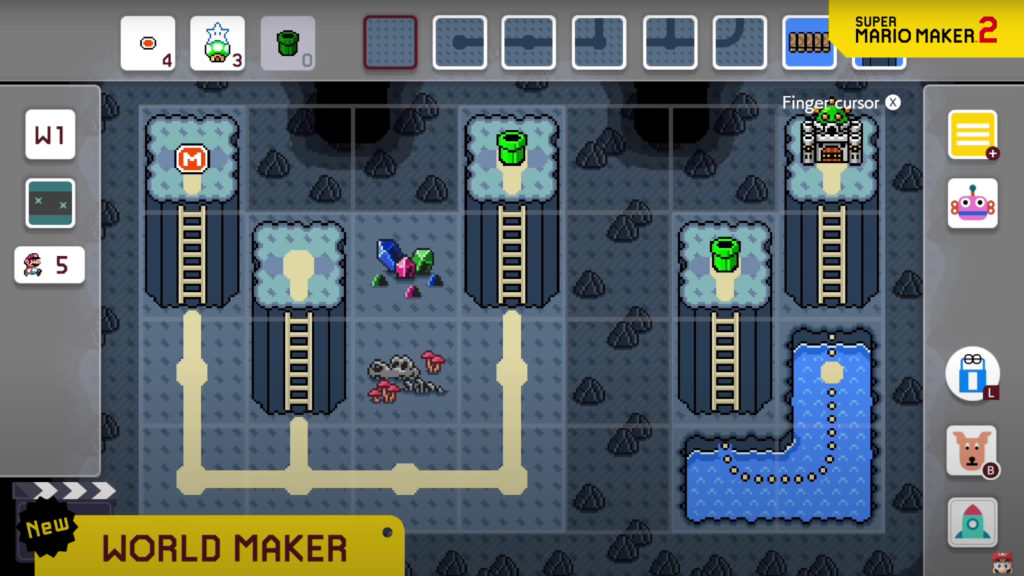 Finally, the big news and most significant addition coming in this new update is the ability to create whole worlds within the game. Now players will have the ability to create a series of different maps utilizing the existing themes in the games, and plug 8 stages they’ve already created in each one. You can string together up to 8 of these world maps with a total of 40 courses to create your own Super World, effectively creating your own entire Mario game in the process. I don’t think anyone was expecting this option, and frankly given how the romhacking scene for Super Mario has been the basis for so much in this game, it’s awesome to see something like this finally be added. It’s going to be super exciting to see what the community comes up with from here.

Ultimately this update brings a lot of much needed new flavor to the title, and as a whole Super Mario Maker 2 is a great game, but knowing that it’s the final major update is a little bittersweet. There was so much personality in the original Super Mario Maker in the form of costumes and other options that were made available that it’s kind of sad to see something like that not get revived. I also definitely miss lanky Mario and would have loved to see how an option like that could have impacted multiplayer in this title. I’m also a little baffled by the Super Mario Bros. 2 additions, they basically gave all of the core functionality to us in this update so why not just make it a whole new world style? They do specifically state that this is the final major update which means we could get smaller content additions in the future, but I find it a little unlikely as they haven’t done anything like that historically with Super Mario Maker 2, and are probably leaving things open for glitch correcting updates. 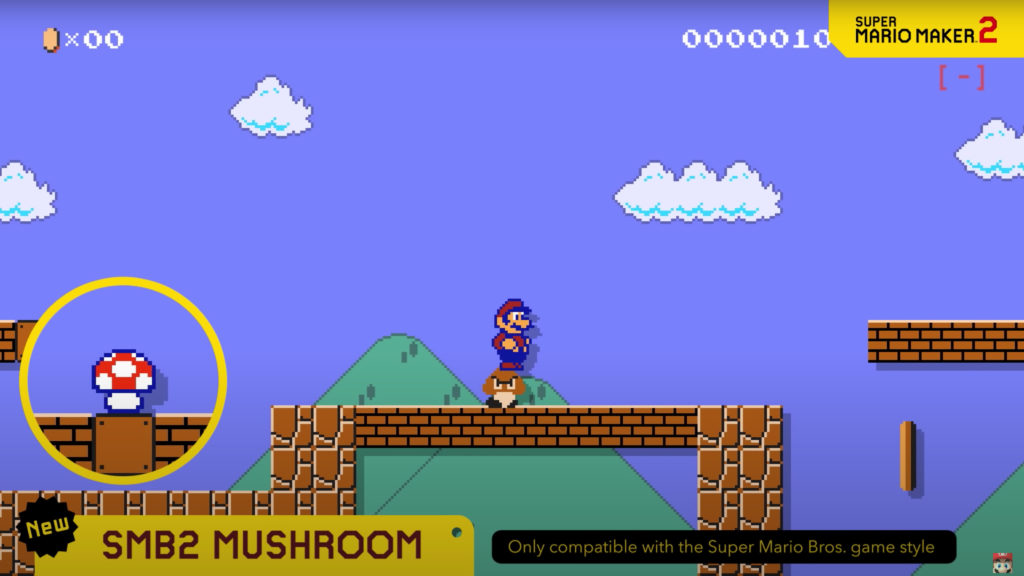 It’s a little pointless to complain about it at this point because these new additions really beef up the game in a major way, and I’m very excited for this update to roll out regardless. I love watching expert players on YouTube & Twitch try out new concepts, and it’s going to be fun to play through a lot of new ideas once the update rolls out on Nintendo Switch April 22nd.