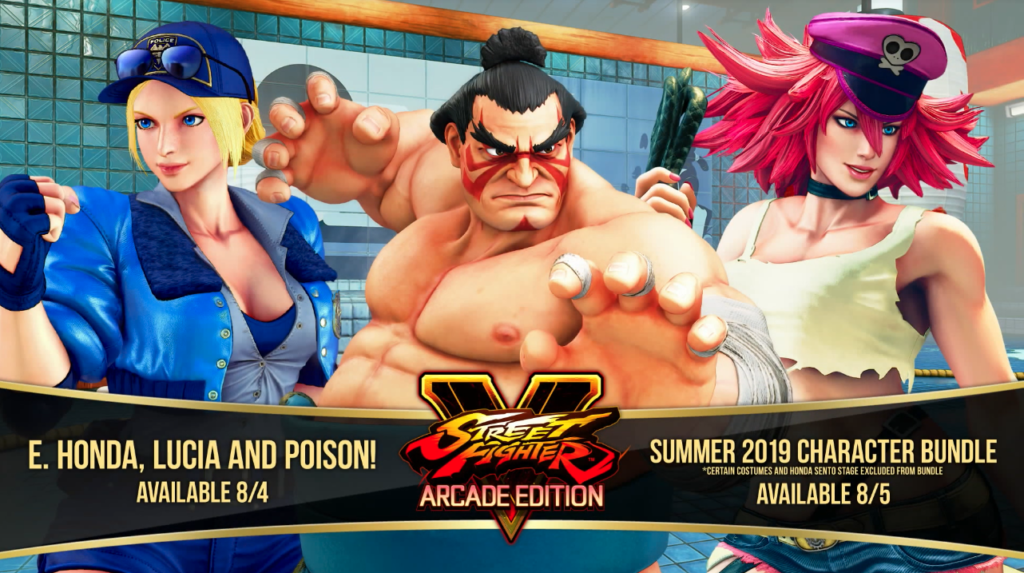 Evo is the fighting game community’s Christmas, in a way. Not only is it easily the community’s biggest event of the year, but it is also the event where many of the biggest fighting games often use the massive publicity their games receive to make new title and DLC announcements. With Street Fighter V Arcade Edition set to take the main stage at the event once again this year, it seemed likely that Capcom would want to take the opportunity to update the title. Unfortunately for them, however, the DLC they planned to announce for Street Fighter V leaked onto Steam ahead of time, forcing the company to lift the lid early on a trio of new character’s coming to the flagship fighter.

The video, which was accidentally published ahead of time to the game’s Steam page before being quickly taken down, revealed two returning fighters coming to Street Fighter V: Arcade Edition alongside a newcomer. The well-known classic character E. Honda and the popular new fighter from Ultra Street Fighter IV who originally appeared in Final Fight, Poison, will be returning to the franchise with the release of this new DLC next week. On top of that, another Final Fight character, Lucia, will make their Street Fighter debut with this DLC.

Each character is rather different from each other, based on the way they’re portrayed in this trailer at least. E. Honda is rather large in their build and uses their full body to deliver powerful blows onto their opponents. In comparison, Lucia is a fast-moving smaller police character who mixes the use of police weaponry such as batons with fast punches and kicks to quickly deal lots of damage onto their opponents. Poison, on the other hand, has a much longer range than either of these fighters thanks to their ability to use a which to not only hit enemies from a distance but to throw them around the stage.

With this promising to be likely the final piece of DLC for Street Fighter 5, the inclusion of three characters with a wide range of fighting styles is a welcome one. E. Honda will have a new stage alongside 3 different playable costumes while the other two characters will each have 4 usable costumes each, with all characters being available separately or as a bundle (one which unfortunately chooses to exclude the Honda stage or some costumes). The new leaked Street Fighter DLC will launch on Sunday, with the bundle being released on Monday, and promises to be a fitting bit of closure for the fighting game.