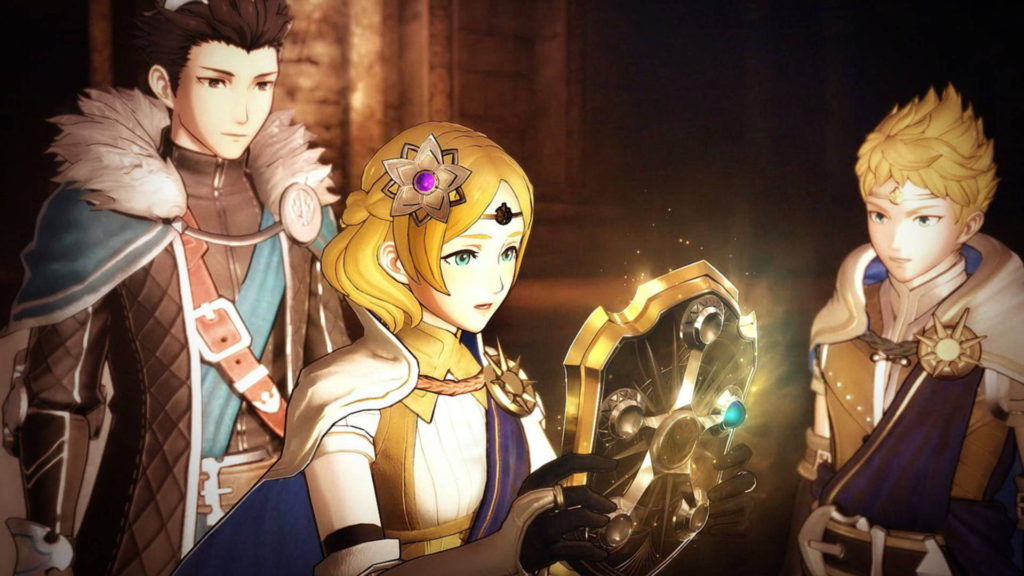 Nintendo has been having an absolutely killer time at Gamescom, an annual gaming industry convention in Cologne, Germany. Amongst all the news of Super NES Mini features, updates to both Splatoon 2 and Arms, one title continues to stand out in my eyes — Fire Emblem Warriors.

The Fire Emblem series has been a breakout hit amongst a diverse range of people ever since the worldwide release of Awakening for the Nintendo 3DS in 2013. As it was strongly believed that the game was to be the very last entry in the series, the developers felt that they had to cram all of the great parts from past games into that entry, and that decision proved to be a great one. Fire Emblem Awakening was not only a hit with the series’ core fans but it also generally appealed to the broader base of anime fans, due in no small part to the gorgeous character design and illustration by acclaimed artist Yusuke Kozaki. The game sold well, and that was enough to tell Nintendo that they had a winning recipe. There have been 2 mainline series entries since, along with one very successful mobile game — the train doesn’t seem to be stopping anytime soon.

How then, do you bring together all of the beloved characters from across a huge universe of games and stories into one massive, fanservice-laden party? I can think of three ways off the top of my head. First; a mobile game with a gacha (drawing) system. Check. Second; a fighting game with a huge roster. Third; a Warriors game. We’re officially two for three now!

Similar to Dragon Quest Heroes and Hyrule Warriors before it, Fire Emblem Warriors pits fan-favorite characters against swarms of enemies in the genre the teams at Koei Tecmo and Omega Force know best — the hack and slasher. Check out some of the action in the newest trailer below.

With the introduction of Camilla, Leo, Hinoka, and Takumi, that brings the current roster up to fourteen:

Both Awakening and Fates have some super-high representation here, and I can understand why — these are the games responsible for catapulting the series’ popularity into the stratosphere. They are the titles so beloved by not only fans of video games, but also by that crucial wider audience mentioned before. If Warriors really is to be the huge series brouhaha that many have been hoping for; if it really is to be a Fire Emblem fan’s dream come true, then I definitely understand the desire for characters from the other thirteen games in the saga. And I’m hopeful. I know for a fact that these developers, perhaps even better than most, know how to cram a bunch of unique characters and move sets into their games. We saw it with Hyrule Warriors, so I’m sure we’ll see it here, even if in the form of DLC.

Another thing that the Warriors developers are known for is decking their titles out with nods and references to the base series, and that is present here in droves. You’ll be able to perform a “critical hit” if you charge your meter enough, which is basically this game’s version of individual characters’ special moves. You’ll be able to take advantage of a character pair-up mechanic, which in similar fashion to the main games will allow you to boost the stats of the character you choose to actively control. The weapons triangle is in full force, allowing swords to perform better than axes, axes to perform better than spears, and spears to perform better than swords. Oh, and of course any flying-mounted character will be especially weak to bows. When your character levels up, you’re going to hear that very traditional series jingle. There’s a support system present, so if you prefer to keep certain fighters in your ranks battle over battle, you’ll be able to see their relationship grow and flourish through some special support conversations. And perhaps most hardcore of all? The game will definitely feature a permadeath option. If toggled on, any character that has been defeated will not be able to join the fight during the course of the story again. That to me might be the ultimate capture of the core Fire Emblem experience in a totally different genre — you best be playing wisely, just as if it were a tactical RPG.

What do you think? Is Fire Emblem Warriors shaping up to be the ultimate series crossover game? Are you absolutely clamoring for a certain character to be represented? Let us know through the comments or even on social media!

Fire Emblem Warriors releases for the Nintendo Switch and the Nintendo 3DS on September 28 in Japan, and on October 20 for the rest of the world.