Fire Force Forced Me To Reconsider 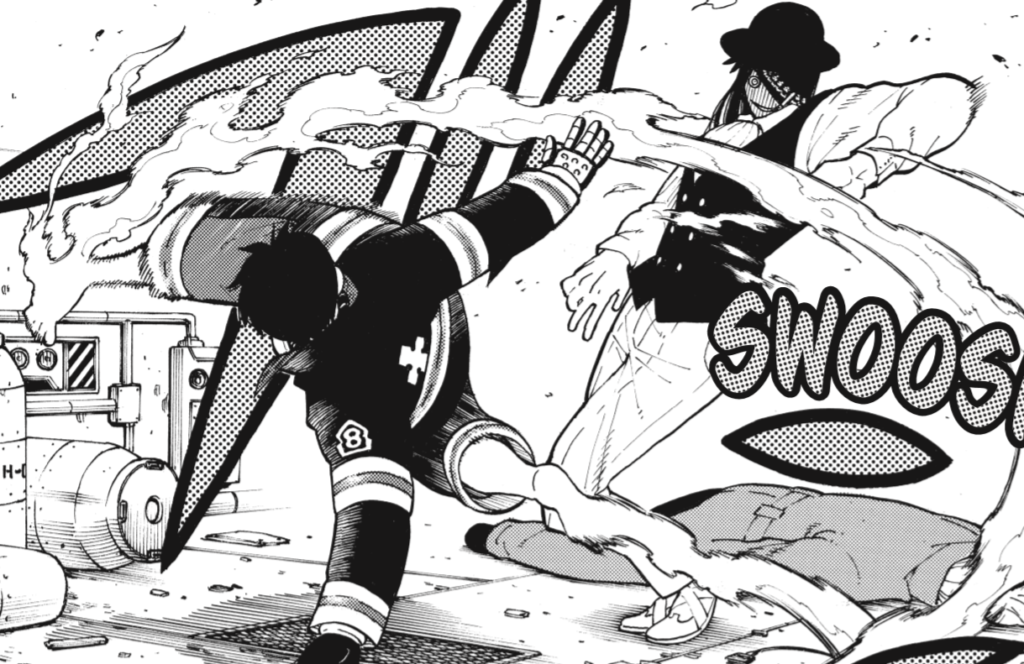 I first checked out Atsushi Okubo’s Fire Force in late 2016 / early 2017 when Kodansha USA started to release the comic in English. Historically you wouldn’t have called me a huge Soul Eater fan, Okubo’s previous work which was fairly popular in its time, but I always admired the potential the author had! Clearly he wasn’t interested in telling a mainstream Shonen story and the Halloween inspired Soul Eater had a visual flare setting it apart from its competition. At the time though that first volume hadn’t moved me much and amidst the dozens of other manga coming out, I shelved it. Since then though the anime, handled by Jojo’s acclaimed studio David Productions, had been winning fans over and that buzz had me once again curious to see what I had missed out on the first time around. 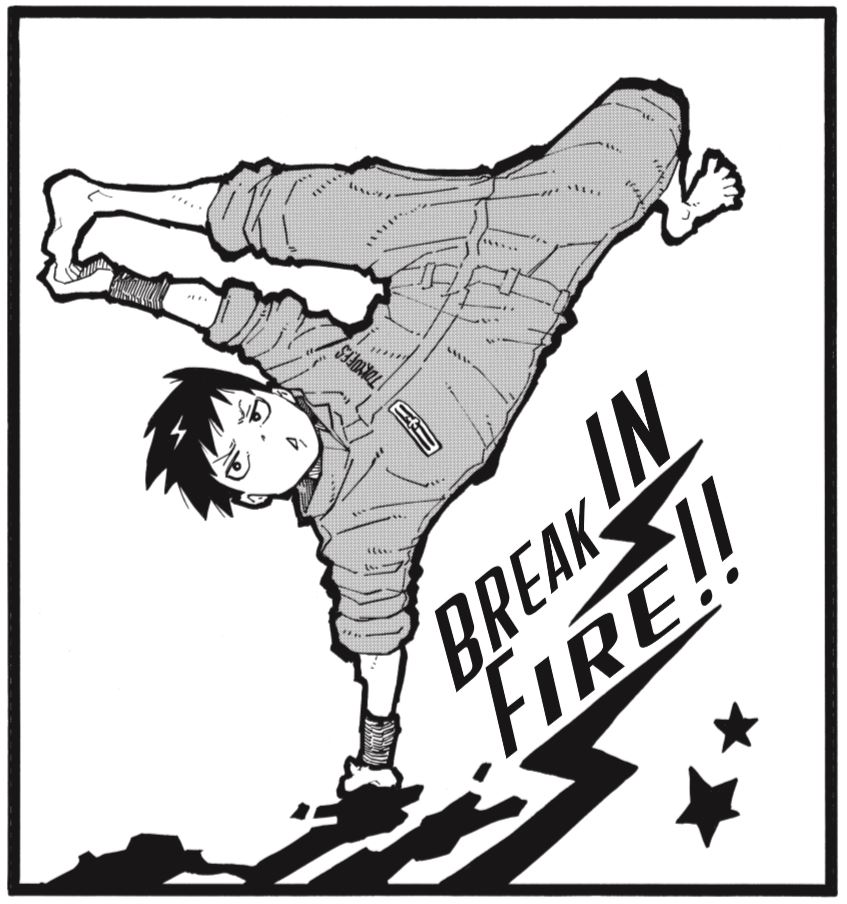 One thing that immediately stuck out to me, that I didn’t take the time to consider previously, was how much Atsushi Okubo’s art improved. Not inherently a bad thing, but Soul Eater was largely dependent visually on its cutesy-horror aesthetics. In Fire Force, Okubo’s actual draftsmanship and character design do the talking. I think the lack of a design-aesthetic was off-putting at first coming off Soul Eater which was one of its defining characteristics, but the more I read this new comic the more I fell in love with how it looked. It’s all so alive and refreshing to the eye, it’s wild to think this comes out on a weekly basis. 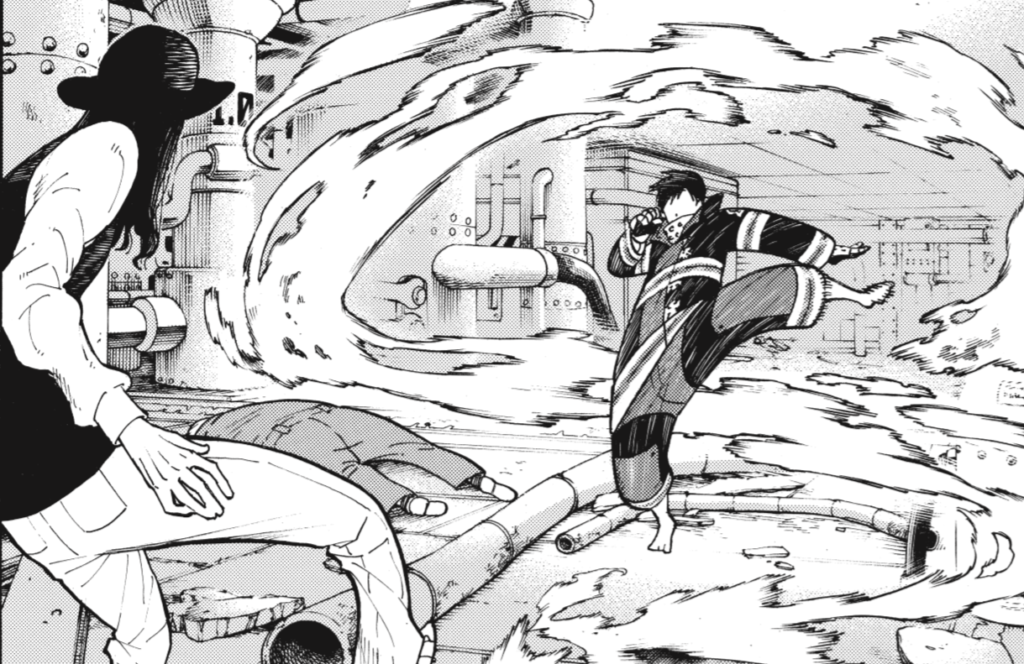 Okubo’s evolution as an artist is wholely apparent in his action scenes too. The bread and butter of any shonen comic, Fire Force is downright kinetic when it needs to be. Shinra’s practically leaping off the page here! Some might prefer the Halloweeny and sketchier art found in Soul Eater, but I think there’s no denying that the refined line-art makes for much more compelling fight scenes all around. However, the battle segments aren’t the comic’s only objective improvement over its predecessor. 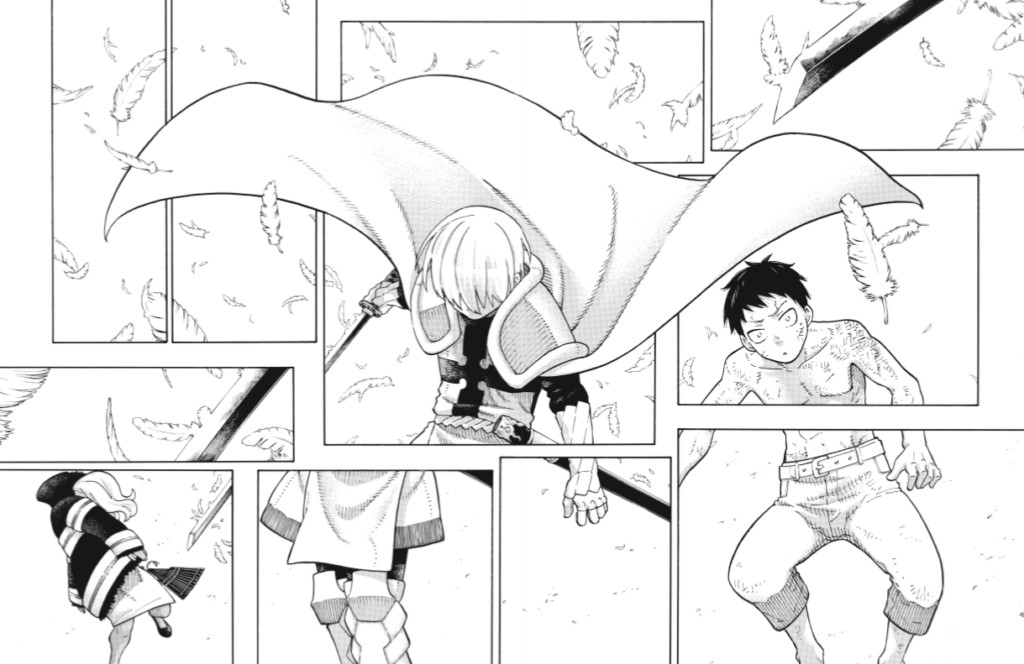 This two page spread found in Volume 8 of Fire Force had me fire floored! Graceful and poetic while being entirely minimal, relying on empty space to get its point across. It’s not necessarily breaking new ground but when you remember that this was running side by side with Fairy Tail, you have to give some credit where credit’s due. Even if Fire Force isn’t trying to revolutionize the world of boy’s comics, it’s doing a damn good job of reminding us what’s so fun about them. With some of the most charming and streamlined art to be found within the genre of the past few years, each chapter and volume because more of a treat than the last. If I wanted to be nitpicky, I’d say the story and characters aren’t as exciting as the art but it’s all executed with such passion and care that you end up getting emotionally involved regardless.

The Fire Force anime continues this summer and the manga’s available in English via Kodansha USA.