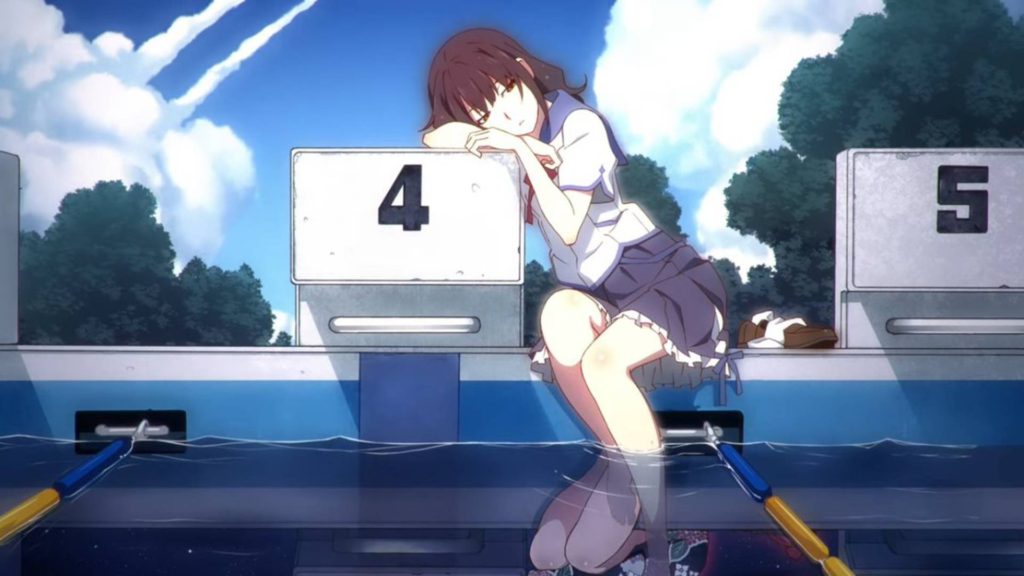 I’ve made it no secret. I’m a huge fan of Daoko as an artist, and I may spend a bit much of my mental effort into looking into her message and delivery. When I heard that she was to lend her talents to the newest feature-length anime film by Studio Shaft, you could say that I was more than a little intrigued. The new anime film, Fireworks, Should We See It From the Side or the Bottom?, based on the 1993 Japanese live-action drama of the same name, is the latest from Studio Shaft and director Nobeyuki Takeuchi (Bakemonogatari, Revolutionary Girl Utena).

Daoko is one of the J-pop world’s recent darlings; her distinct rap stylings can be found in works as recent as Shingeki no Bahamut: Virgin Soul clear back to TeddyLoid’s hit Animator Expo work MeMeMe! Check out the preview for the new theme song below.

With Daoko’s powerful vibes and the animation powerhouse behind the Monogatari series, will Fireworks, Should We See It From the Side or the Bottom? be well-equipped to take on the likes of last year’s hit your name.? Only time will tell, but at least hardcore Shaft-heads are likely in for an absolute treat.

For a brief synopsis of the film, which will debut across theaters in Japan on August 18, check out the passage below.