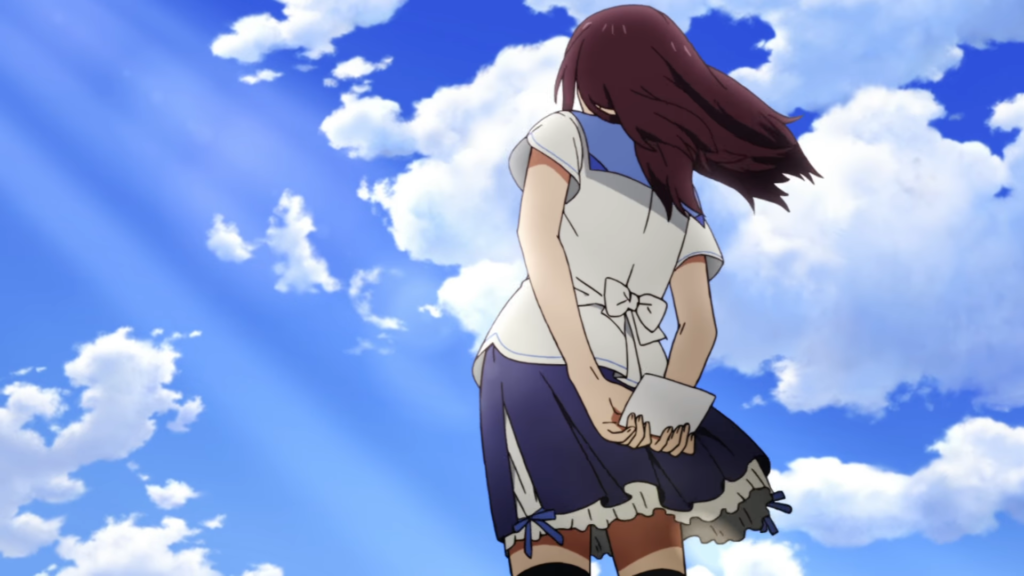 The TOHO Movie Channel has begun streaming a brand-new trailer for the latest feature-length animated film from studio Shaft, a remake of Shunji Iwai’s 1993 live-action drama titled Fireworks, Should We See It From the Side or the Bottom? Scheduled to open in theaters across Japan on August 18, the film is being produced by Studio Shaft (Bakemonogatari, Puella Magi Madoka Magica), and Nobeyuki Takeuchi (Bakemonogatari, Revolutionary Girl Utena) is at the helm as animation director, while Akiyuki Simbo (Monogatari Series, Puella Magi Madoka Magica) will serve as the project’s chief director. Hitoshi One, who has also directed the live-action version of Bakuman, will be providing the script for the movie. The revised script will add modern touches to Shunji Iwai’s original story, which first debuted about 24 years ago in 1993.

The film will include the voice talents of Suzu Hirose (The Boy and the Beast) as Nazuna, Masaki Suda (Gintama) as Norimichi, and Mamoru Miyano (Yuri!!! On Ice, Steins;Gate) will voice Yusuke. In addition to the above trailer, the film’s official website shared a new poster, which can be seen below: You can read a brief synopsis of the upcoming film below:

It comes as no surprise that, being a Shaft film, the luscious backdrops were immediately striking. From the looks of what we saw in the trailer, we can expect a beautifully-animated, albeit less-stylized slice-of-life movie from the prolific studio. We’ll be bringing you more information on the film as it becomes available.

The Uncanny Labyrinth: What Makes Shaft Studio the Good Weird?