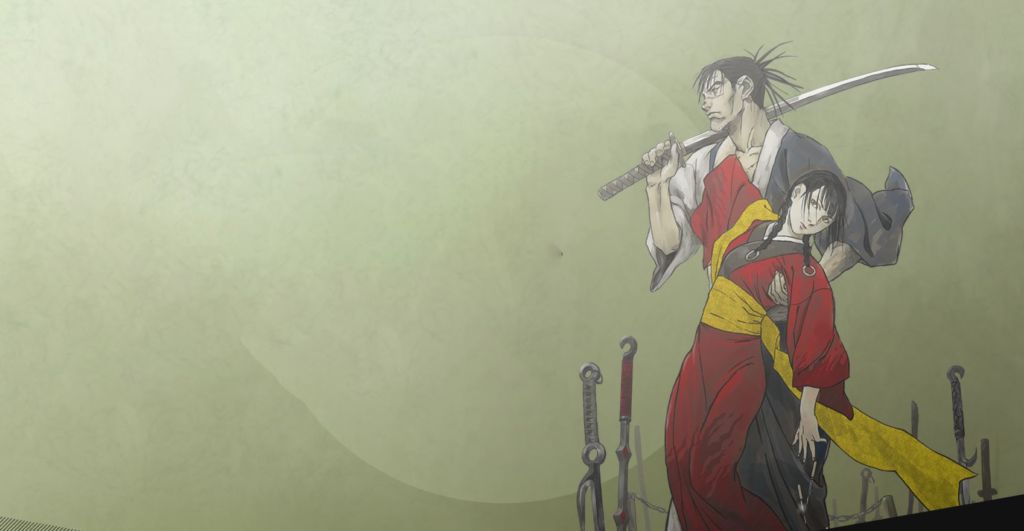 The upcoming Blade Of The Immortal anime is a pretty big deal. Hiroaki Samura’s original manga is not only an Eisner Award winner, but along with the likes of Vagabond and Shigurui, it’s one of the best Samurai comics ever made. It had an anime adaptation a little more than 10 years ago that didn’t complete the story, but this new show is promising to do just that. Basically, the new Blade Of The Immortal that’s set to come exclusively worldwide to Amazon Prime this October will be the FMA: Brotherhood or Hellsing Ultimate of the series. We finally have our first teaser, and while it’s only around 30 seconds long, it has me ready for the show.

Speaking of Shigurui The Death Frenzy, Hiroshi Hamazaki who directed the excellent anime adaptation of that manga, as well as the critically acclaimed Steins;Gate, is taking the reins on this new Amazon Prime Blade Of The Immortal. Going by his previous work, one of which also being an iconic Samurai tale, this new anime has been left in extremely capable hands. For instance, I really like the shot in the trailer of the mysterious woman in the bamboo-patch; I’m confident this new project will have the direction it needs to do the manga justice.

Amazon Prime has put out a number of anime that are based on older manga recently. Last year’s Banana Fish was something that I never thought we’d get to see animated and this year’s Dororo, while not a straight adaptation, was also quite excellent. Despite Amazon’s best efforts, Prime isn’t really viewed as one of the best places to watch anime, but if they keep putting out quality title after quality title, maybe that’ll begin to change. As much as I’m not a fan of giving Jeff Bezos more money, I’ll do what I have to for good anime.

Blade Of The Immortal is set to stream on Amazon Prime exclusively this October.