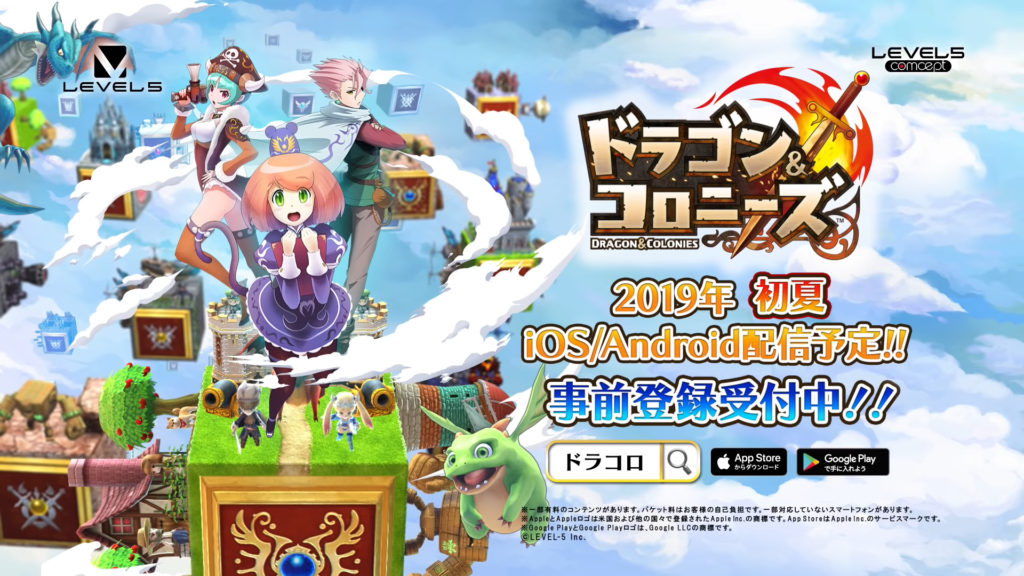 After being first teased three years ago when Level-5 formally acquired Comcept, now retitled Level-5 Comcept, Keiji Inafune’s mobile game Dragon & Colonies has finally materialized. The game is set to come out early this summer, although there isn’t a specific date set yet, and pre-orders for the game are being taken now. Dragon & Colonies is described by Level-5 Comcept as a ‘gatcha colonies battle RPG’. At the time of writing, there’s been no official announcement yet for an English translation. There is, however, a polished new trailer showing off the title’s designs and gameplay.

The phrase ‘gatcha colonies battle RPG’ might be hard to parse at first. With the help of the trailer, you can see a number of unique game elements. Dragon & Colonies will allow people to manage their own kingdom on a ‘Hacolony’; the game’s lingo for its signature digital cubes that you build your kingdom on five sides of. There’s any number of characters, creatures, and items that you can battle with that I’m sure you obtain via the gacha element that’s common to many Japanese mobile games today. Like all the beloved games of the modern era like Breath Of The Wild and Final Fantasy XV, Dragon & Colonies will even include cooking!

To clarify, only Comcept was rebranded as Level-5 Comcept. It’s now a wholly owned subsidiary of Level-5 who are still their own masters. Keiji Inafune is an iconic games developer who worked on oodles of Capcom games and was particularly associated with the Mega Man franchise. He eventually splintered off and years later created Mighty No. 9… which was a big disappointment for everyone involved. However, he and Level-5 Comcept didn’t let their first big game’s failure stop them and have a number of exciting projects along the way, including Dragon & Colonies.

You can pre-order Dragon & Colonies on its dedicated website.