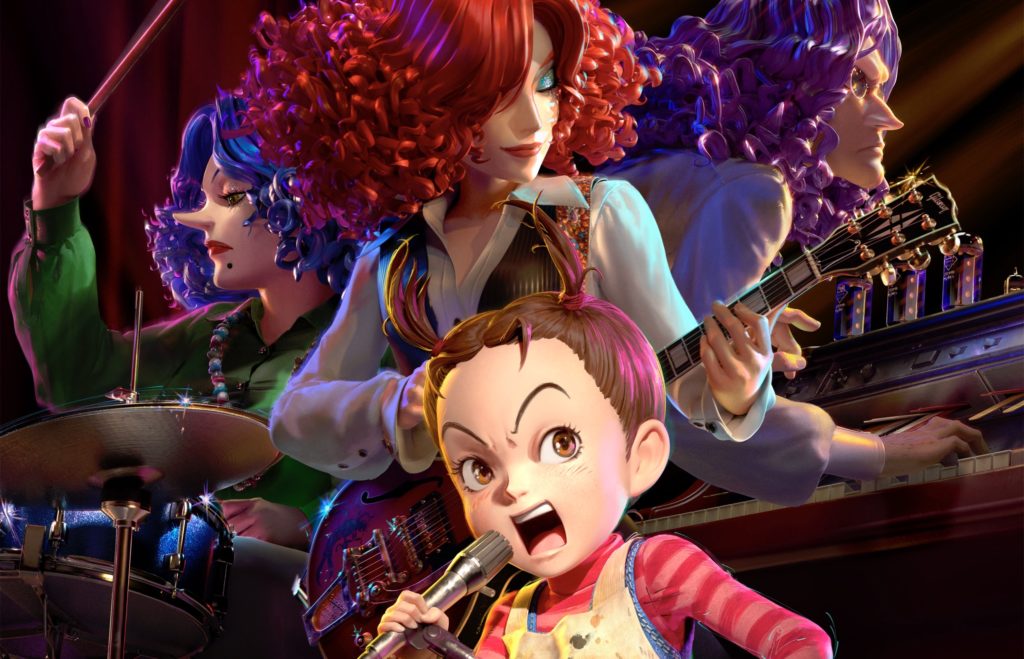 There’s a lot riding on Aya and the Witch. The first project from the revived Studio Ghibli and the company’s first 3DCG animated feature film (as well as the first CG project animated entirely in-house, after the Ronja the Robber’s Daughter TV series was co-produced by Polygon Pictures), this Goro Miyazaki-directed feature film has a lot to live up to. Having seen little more than a logo for the film before today, NHK have since released imagery for Aya and the Witch on their official website in anticipation of the film’s Winter TV broadcast, showcasing an exciting visual style for the upcoming movie.

Before today, little was known about what direction the company would take this British book adaptation. While the company had dabbled in CG animation with the outsourced production of Ronja, as well as having a small in-house team working on the CG elements of the charming Ghibli Museum short Bono the Caterpillar, this is the first time they’ve worked on a feature film using this style of animation.

Early screenshots released by NHK today show the company’s attempts to recapture Ghibli’s signature art style in a 3D environment while embodying the characters of the original source material. The results are some highly expressive character designs that are shown off to full effect in the provided images. Aya’s raised eyebrows and her screaming into the microphone are particularly distinct here, but all of the preview images show promise.

Of course, these are only images, and it remains to be seen how the film looks in motion. Based on this and the film’s recent selection by the Cannes Film Festival, however, I have confidence in this film being a successful experimental first step into CG for the company. Aya and the Witch will receive a TV premiere as opposed to a cinema release, and will be broadcast on NHK this Winter.