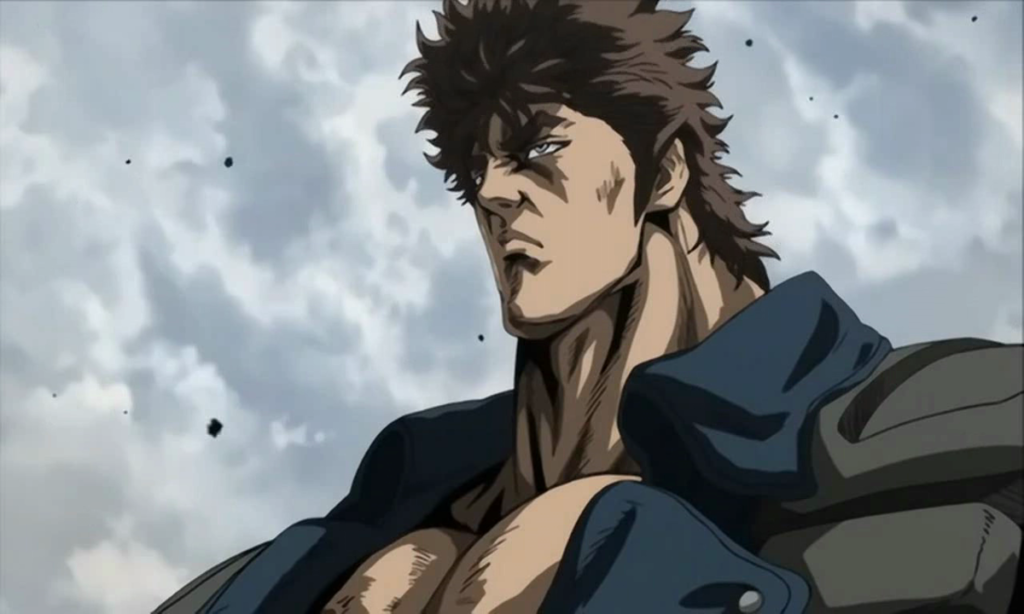 Omae wa mou shindeiru – you are already dead. Anime fans everywhere are familiar with Kenshiro’s boastful catchphrase. As a master of the Hokuto Shinken (The Big Dipper God Fist) martial arts style, Kenshiro dispatched his foes with lightning-fast strikes to their pressure points, resulting in their bodies brutally bursting at the seams in an explosion of blood and guts.

Fist of the North Star chronicles Kenshiro’s journeys through a post-apocalyptic landscape as he protects those dearest to him. On his journey, he faces off against bandits, masters of deadly rival martial arts schools, and his own brothers fighting for the rite of succession of the Hokuto Shinken school.

While newer titles like One Punch Man are often more eloquent and lighthearted about the way their protagonists dispatch ruffians, Fist of the North Star is set in a much bleaker atmosphere and is appropriately gruesome when it comes to violence, and grit. Still, despite the bloodshed, Fist of the North Star maintains its own, different type of over-the-top wackiness with the armies of muscular titans than stand in Kenshiro’s way.

While they lack some of the personality that the humorous characters of a more modern showing might have, their deaths are sure to leave you entertained, as you discover why Kenshiro’s tribulations have long since been forever immortalized as one of the great classics of the genre.

So where did Fist of the North Star begin, and where has it gone in the 35 plus years since its inception?

First of the North Star premiered in Weekly Shonen Jump in the fall of 1983, co-authored by Yoshiyuki Okamura (aka Buronson), and Tetsuo Hara, the latter of whom illustrated the series. It consists of 245 chapters that appeared in the magazine through the summer of 1988. The first 16 chapters of the manga were released in English vy Viz in 1989, and 17-44 from 1995 until 1997.

Another adaptation, Fist of the North Star: Master Edition released 9 volumes in 2002. It wasn’t until 2017 that the manga was fully released in English, in the form of a special ebook reader that contained a digital run of the series.

The individually numbered Tankobon books of the manga are said to have sold over 100 million copies. While that number is not nearly as high as some of the all-time kings of Shonen Manga like Dragon Ball and One Piece, the franchise as a whole has generated over 20 billion dollars in revenue (with the vast majority being from pachinko-related licensing), giving it a spot in the top 20 most successful media franchises of all time.

A lot of the recognition of the franchise comes from the two-part anime adaptation of the series, which had a 152 episode run from October 11, 1984, until February 18, 1988. Aside from its broadcast on TV, the series was not released commercially on VHS in Japan, which meant that it was nigh impossible to localize for the west throughout the 90s as anime began to grow in popularity.

Up until then, North America was graced with a dub of the Fist of the North Star feature-length film, in 1991. Five years after it was released in Japan. For many old school fans of the series abroad, this was their first exposure to the franchise, and often a gateway into the hobby of anime itself.

The movie is an abridged version of some of the events that happen in the first part of the anime series, which left fans wanting the full series. Some of the earlier episodes were eventually dubbed and released on VHS in the west in 1999, but the full series would not be released in the west for another decade when it became available for stream and download in 2009, with the DVD box sets coming shortly after.

Other various OVAs and compilation movies have been released over the years, perhaps the most notable of which was New Fist of the North Star, a three-episode OVA based on a novel from 1996 written by the manga’s co-authors. A five-film series entitled Fist of the North Star: The Legends of the True Savior was released in theaters in Japan in installments over 2006, 2007, and 2008, to much success. 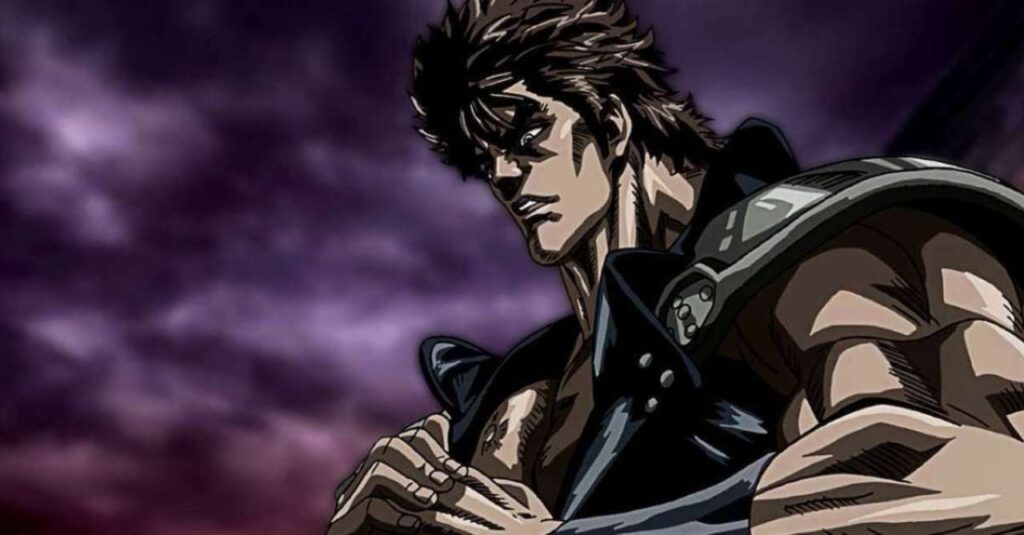 The Franchise Lives on as Video Games

One of the ways that Fist of the North Star has expanded in more recent times is through the video game market. There has been Fist of the North Star games for as long as the series existed, even back in the days of the NEC PC-88 and Nintendo Famicom. Several Famicom games based on the series were released, and a few even made it to North America. These games have been mostly forgotten and passed over.

However, some of the more notable games related to the series have made a splash following the turn of the century.

Punch Mania (also known as Fighting Mania for non-Japanese releases of the game) was an arcade game released in 2000 by Konami where the player had to physically punch targets that would pop up at the precise time that an LED indicator on the target lit up, taking a queue of sorts from the Bemani series of rhythm games – also Konami’s babies, which were hot and gaining popularity at the time.

The game featured animation scenes and stories based on the series, and challenging gameplay that took a while to master.

A self-titled traditional 2d competitive fighter was released by Sega and Arc System Works, hitting arcades in 2005. The gameplay was similar to that of the Guilty Gear series and was known for being extremely unforgiving, as many characters had infinite or near-infinite combos that meant small mistakes could be punished severely.

Still, the game shared a fair bit of success and was released on the Playstation 2 in 2007 under the title Hokuto no Ken: Shinpan no Sōsōsei: Kengō Retsuden.

Given the popularity of both Yakuza and Fist of the North Star in Japan, the game was extremely popular, selling almost 125,000 copies during its first week of release. While it was later localized for North America where Yakuza has a fair amount of popularity, it wasn’t nearly as popular due to lack of franchise recognition for Fist of the North Star outside of Japan.

While Fist of the North Star has always been a massive cultural phenomenon in Japan, it has never received the praise it deserves as an essential classic anime and manga series in the rest of the world. Licensing has been sporadic and shared by many different parties, leading to staggered releases among other hardships that have stunted its popularity.

What matters the most though is that it is available now, and you could be watching (or reading) it and experiencing a great piece of anime history. When you do, you’ll be transported to another time, where anime had a strikingly different feel than it does today.