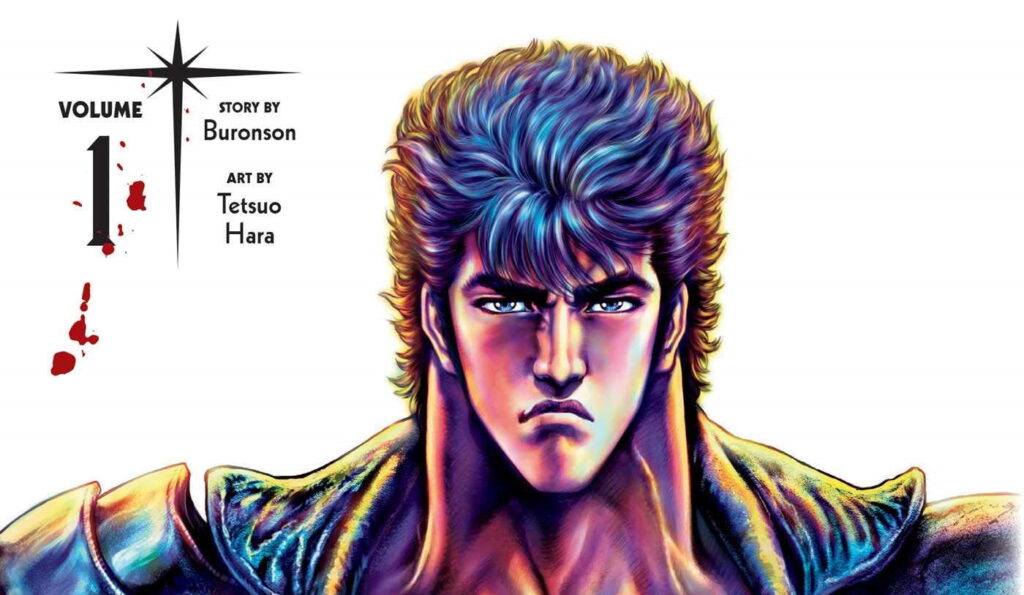 It’s hard to put into words just how monumental the first volume of VIZ Media’s new Fist of the North Star release feels. Despite the series’ enduring influence, it has remained a massive manga black hole for many years because of some spotty releases. VIZ actually had the license back in the late 80s, while Gutsoon! Entertainment also attempted to release the series in the 2000s. They didn’t get very far before folding entirely.

As a result, almost two decades have passed since Fist of the North Star was legally available in the English market.

Until now. Volume 1 of Fist of the North Star signals the return of a manga legend and (hopefully) a complete release of this legendary series in English for the first time ever. It almost needs no introduction: set in a post-apocalyptic world where food and water are scarce, biker gangs roam the ravaged landscape. They kill and pillage with little to no consequences, but there is someone who is prepared to bring justice: Kenshiro or Ken, successor of the deadly ‘Hokuto Shinken’ or ‘Divine Fist of the North Star.’

The main question for readers today is whether Fist of the North Star actually still holds up. It’s easy to point at something and call it a classic, recognizing the effect it has had on the medium as it exists today. Yet, it’s another thing entirely to really understand why something is a classic. Arguably, that’s something that can only be achieved by experiencing it for yourself.

If you’re accustomed to modern shonen manga, then some things about Fist of the North Star volume 1 might rub you the wrong way. At absolutely no point across the thirteen chapters contained in this release is there any worry that Kenshiro might somehow lose to his opponents, nor that he might need to hone his skills to take them on (Dragon Ball would popularize that concept in shonen manga some years later). And if you were expecting some sort of mathematical power system to lie behind Hokuto Shinken, you might come away disappointed.

Nevertheless, Fist of the North Star volume 1 still managed to appeal to me, the modern reader. Like most people, my experience with the series before VIZ’s new release was limited to a handful of internet memes, mainly because it wasn’t officially available in English for such a long time. As to why, there are plenty of reasons, but the most important is probably Kenshiro.

Stoic and stone-faced, Kenshiro stands alone in a dark landscape with a heart of gold. Tetsuo Hara modeled him after Mad Max as well as Bruce Lee and Yusaku Matsuda, although he’s honestly a lot more likeable: he moves without hesitation to protect the weak from the strong, particularly women and children. His righteous personality is also brought out wonderfully well by his companion and foil Bat, who always tries to take the easier but often morally compromised route.

Kenshiro never takes pleasure in killing his enemies, but has supreme faith in his own strength and often mocks those who deserve it. There’s one particularly excellent moment in chapter 5: Kenshiro promises Club that he’ll release the Hokuto Shinken if he tells him where King is, but eventually refuses. When Spade admonishes him for going back on his word, Kenshiro remarks ‘Have you ever kept yours?’

This ties in well to a separate point about Tetsuo Hara’s art. Simply put, Fist of the North Star isn’t for the faint of heart: there are multiple scenes of eviscerations, beheadings, and slaughter in volume 1 alone. Part of that is because Hokuto Shinken works by killing the target ‘from the inside,’ but all of this blood and gore never feels unwarranted: this is a dark and twisted world where judgement is only reaped from Kenshiro’s hands by those who deserve it.

Even though Hokuto Shinken is a seemingly invincible set of superpowered martial arts moves, that doesn’t mean that the fights in Fist of the North Star volume 1 are boring. Rather, almost every chapter sees Kenshiro unleash some sort of new deadly technique, while the situations aren’t always limited to one-on-one combat. Chapter 5 deals with assassination, for example, and just when all of the enemies start to look the same (mostly because they are King’s men), Heart appears to provide some variety.

Speaking of King, the story between him and Kenshiro alone makes Fist of the North Star volume 1 an incredible read. It’s honestly surprising to me that such a powerful narrative was literally the first one in a series with countless more, making me very excited to see what lies ahead in the future. With any luck, the rest of this classic manga is just as good.

If there’s one drawback to Fist of the North Star volume 1, it’s that it leaves off right in the middle of the fight between Kenshiro and the ‘Mad Sarge.’ This makes for a bit of a truncated reading experience, but should serve to wet your appetite for more. The thought of purchasing volume 2 isn’t too bad, either, once you consider that this is a VIZ Signature release containing two volumes of the original Japanese release in one. It’s very consumer friendly.

Volume 1 of Fist of the North Star is available via VIZ Media now.