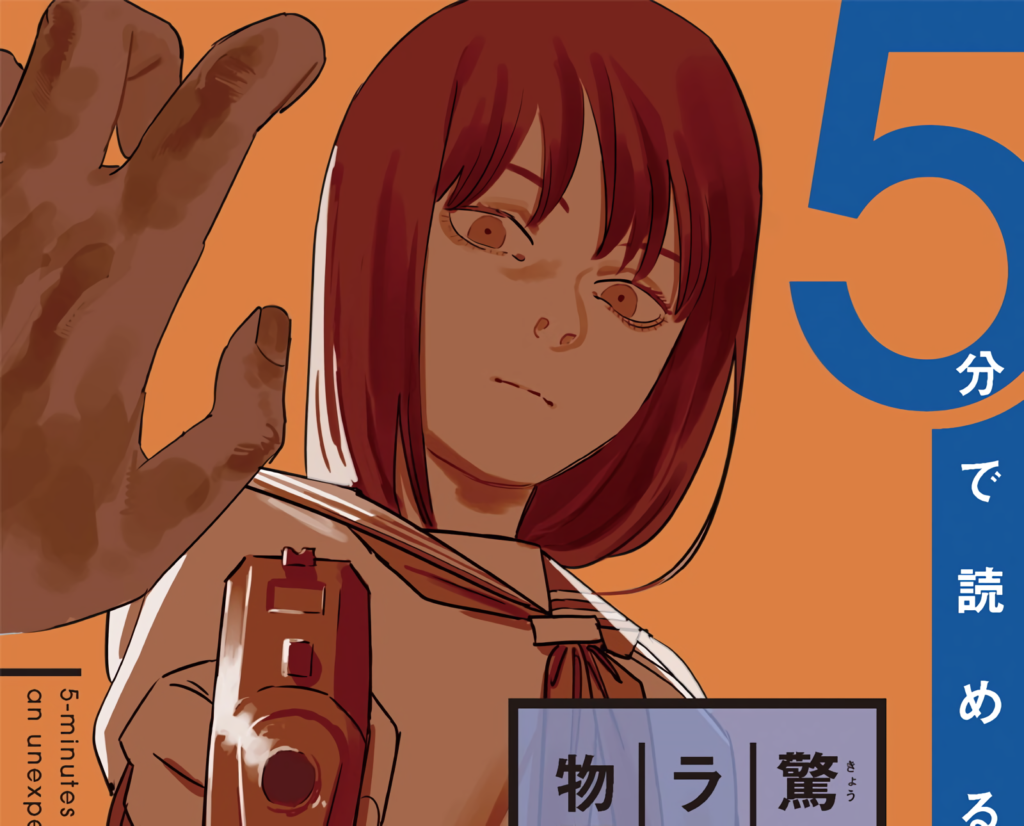 Tatsuki Fujimoto, Posuka Demizu, and Aka Akasaka have all contributed cover illustrations for a new set of short story collections from Jump J Books, the light novel label associated with the legendary weekly magazine. Alongside the illustrations of high-profile manga creators, these anthologies boast the selling point of only taking five minutes to read per story, meaning that they might offer an accessible inroad to literature for a younger audience.

Fujimoto, of course, just finished the first part of his incredible Chainsaw Man in Weekly Shonen Jump, while Demizu did the same a while ago alongside author Kaiu Shirai with The Promised Neverland. Akasaka, meanwhile, has two series currently running in the seinen-oriented Weekly Young Jump: the long-running Kaguya-sama: Love is War and Oshi no Ko, which he launched last year alongside artist Mengo Yokoyari.

The illustrations that these three artists have contributed for Jump J Books’ short story collections are rather typical of their style and previous works. Fujimoto’s cover for the collection themed around the idea of ‘astonishment’ features a young red-haired girl wielding a gun, who looks very much like Makima. Demizu’s depiction of a girl surrounded by crows on the theme of ‘fear’ is also typical of her previous career as a professional illustrator.

Meanwhile, Akasaka is channeling the romantic vibes he is most famous for with his depiction of a girl clutching her scarf, looking sheepishly at the reader. That one’s themed around the idea of ‘heart pounding,’ by the way.

As mentioned, these three Jump short story collections are comprised of stories that can be read ‘in five minutes,’ which is perfect for anyone who wants to read more literature but has had their attention span rotted by constant overstimulation. I’m guilty of that just as much as anyone else. The three collections go on sale on 2 April.

Check out the Jump J Books website for more.