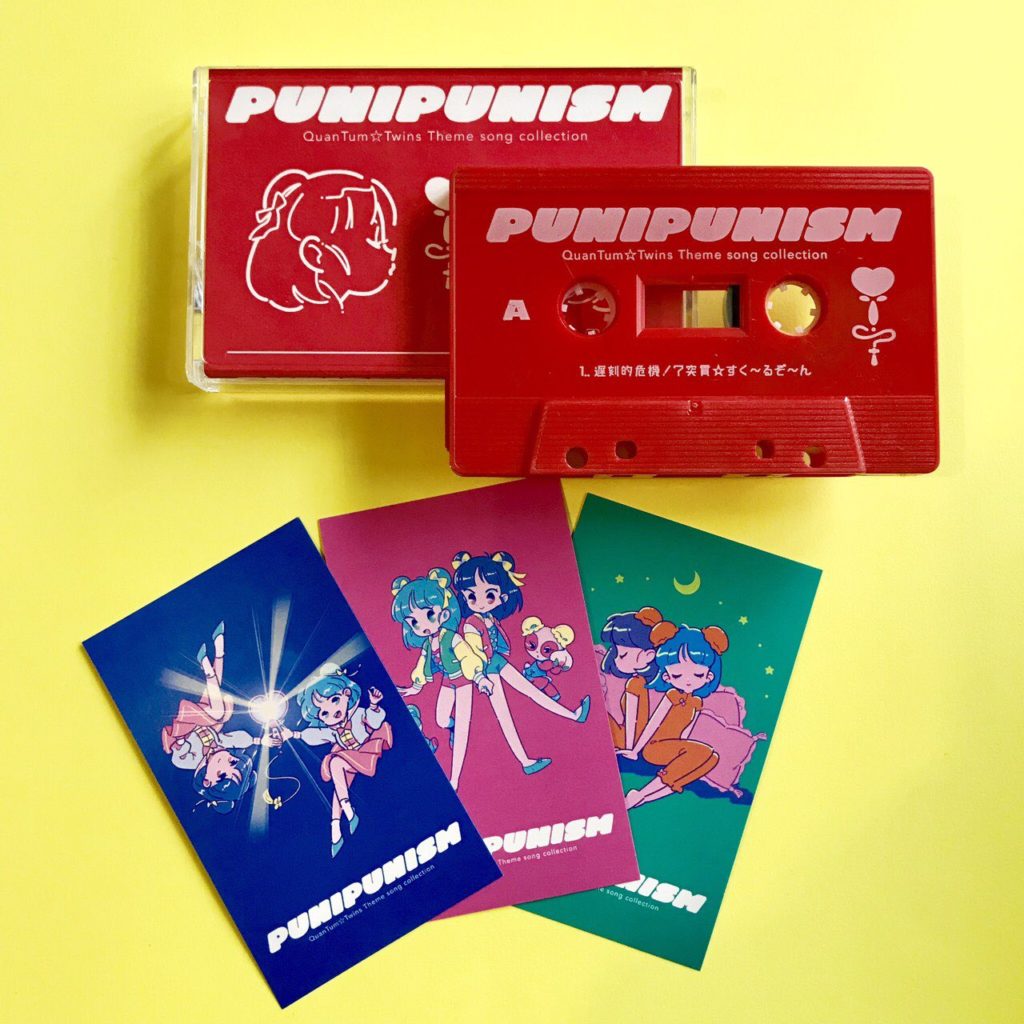 When it comes to the combination of music and art, there’s perhaps no better power duo than frequent collaborators F*Kaori and Puni Puni Denki (Puniden). For pretty much the entirety of Puni Puni Denki’s musical career we’ve seen her working directly with artist and illustrator F*Kaori, eventually leading us to last night’s announcement. Set to release at COMITIA127 on February 17, the two creatives are teaming up for their new “PUNIPUNISM” EP project.

For those of you unfamiliar with Puni Puni Denki’s work, she’s this hyper-talented vocalist whose works range from delicate bossa nova grooves to hyperactive breakcore jams. There’s probably nothing she can’t do, and her vocal work is honestly some of the most polished I’ve ever heard. The same can be said about F*Kaori’s illustration works, her unique artistic flair shines in every piece, and that’s all the more reason why I’m so excited about this release.

While the cassette will be playing home to two previously-released singles, we can also look forward to an all-new track titled “Honmono no Koi” which Puni Puni Denki describes as “Kawaii Dystopian Jazz”. Not really sure where she’s going with the “Dystopian” part, but I’m definitely excited to hear it. While it hasn’t been announced whether or not the release will be coming to online stores, we’ll definitely be keeping an eye out for updates.