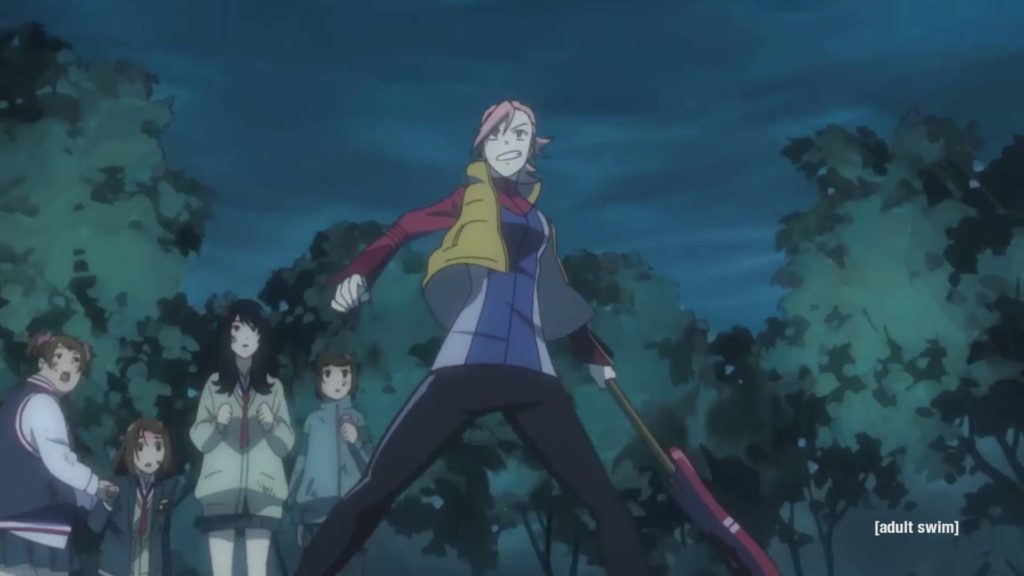 Adult Swim has today released the latest trailer for FLCL 2 & 3, revealing the release date alongside it.

A new trailer has today begun streaming via Adult Swim for the upcoming FLCL 2 & 3, which was today revealed to be titled FLCL Progressive and FLCL Alternative. The trailer features Haruko who, is once again voiced by Kari Wahlgren, doing exactly what she does best; unlocking the hidden potential of young pre-teens and pulling them into her whirlwind of shenanigans. Let’s discover the full extent of the chaos that’s about to be released here:

After its initial release in Japan in 2000, FLCL was regularly re-aired in the United States on Adult Swim between 2003-2014. It was revealed in 2016 by Adult Swim that they’d be co-producing two new seasons of FLCL with anime studio Production I.G., putting the series in the hands of a very capable team of young creators who look to “redefine the meaning of ‘sequel,’” according to Adult Swim.

The trailer officially reveals a June 22 release date for FLCL Progressive, with FLCL Alternative set to release some time in September. We’re expecting to hear some more information on the series from FLCL’s preview panel at Chicago’s C2E2 event in April. Take a scroll through our full archive for further news about FLCL, here. You can find further information on the upcoming series via the official website, here.