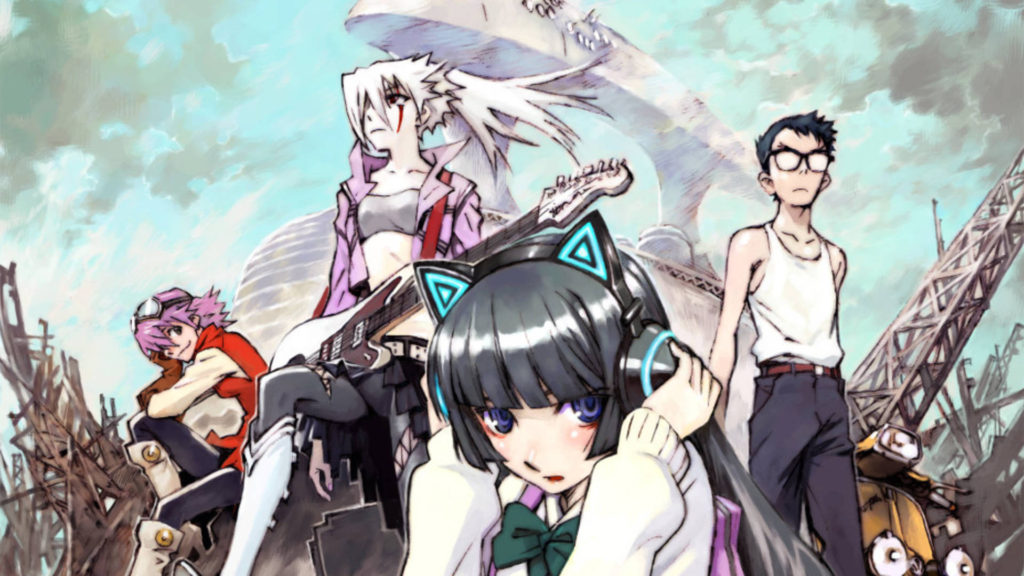 There’s a lot of hype building for the upcoming FLCL 2 & 3 anime all around me, and it’s not without good reason. Produced by Production I.G. and set to release at an undisclosed time in 2018, the series builds off the original Gainax & Production I.G. anime from early 2000. We’ve got a feeling we’ll be seeing a bit about the series announced during the upcoming Anime Japan, but before that, we’ve been given a new visual from character designer Yoshiyuki Sadamoto. There’s a bit to take in from this image, most notably of which probably includes Haruko Haruhara in the background, as well as the classic Vespa SS 180 that kicked the whole series off almost 18 years ago. Additionally, we see new character Hidomi front and center who you may recognize from the trailer that released some time ago. Also yes, they feature those same Axent Wear look-alike headphones that caused all the controversy when the trailer first released.

Set to air as to six-episode series in the United States, FLCL 2 & 3 acts as both a tribute and continuation of the adventures of Haruko Haruhara and Naoto Nandaba. We’re excited to see the directions the new season of the series takes us, and hope it leaves the same impact it did all those years ago. You can find the official website for FLCL here.

Review: GREAT PRETENDER – What WIT Was Made For