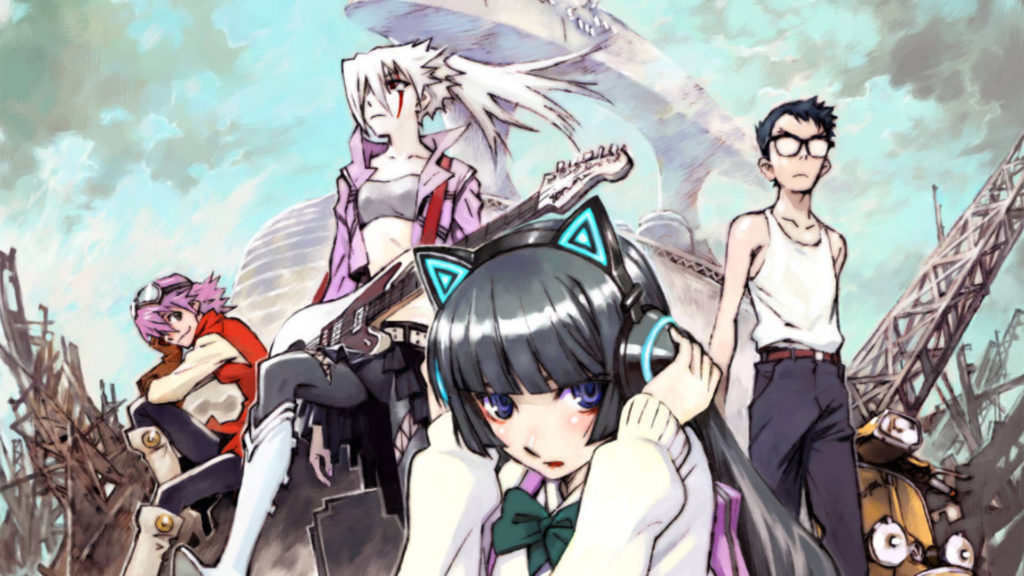 Perhaps one of the most anticipated anime sequels of the last decade, FLCL Progressive and FLCL Alternative are just around the corner; the former set to air on Toonami on June 2 at midnight, and the latter arriving in September. There’s a lot of hype surrounding them, and there’s also a whole lot for them to live up — after all, this is one of the most impactful anime franchises in the West that we’re talking about. Ahead of the release of both installments, Adult Swim has begun streaming a behind the scenes look at the production of FLCL:

Opening on a discussion with FLCL Progressive and FLCL Alternative series director Yutaka Uemura, we’re eventually thrust into the inner-workings of the studio behind the anime series. Whether it’s discussing the legacy of The Pillows’ soundtrack for the original anime, or dissecting working as a team on the project, the behind the scenes footage might just be our closest look at the upcoming series we’ve seen so far. Well, that is outside of the episode played on April Fools via Adult Swim themselves.

Interested in checking out even more about the upcoming anime series? Production I.G. has set up an official website for both installments, here.