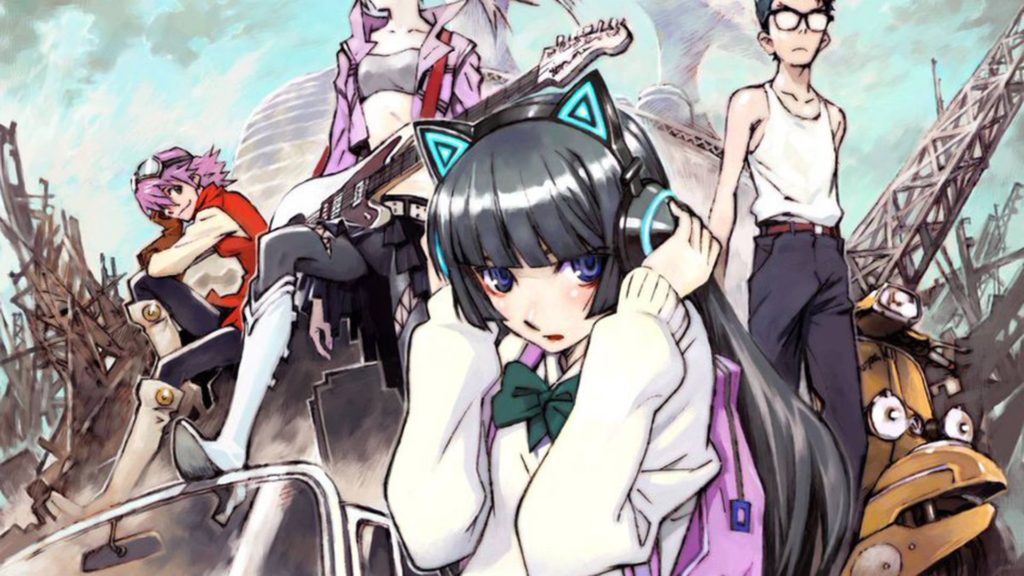 The countdown has begun and we’re officially less than two weeks away from the June 2 premiere of Toonami’s FLCL Progressive. In preparation for the story that’s about to unfold before our very eyes, Adult Swim has begun streaming the first English dubbed trailer for the series. The first entry into two brand new FLCL stories, FLCL Progressive follows 14-year-old schoolgirl Hidomi as her life takes a turn for the weird as we’re taken through the wild ride that is adolescence. Let’s take a look at the new trailer below:

Set to premiere on Adult Swim’s Toonami block on June 2nd, 12:00 am (Eastern Time), FLCL Progressive will consist of a total of six episodes. Viewers in Japan will have it a little differently, however, with the show set to release as a single film that will actually come out after the other story, FLCL Alternative. Reasoning and structure behind this are currently unknown, but that could make for an interesting twist amongst international discussion. Toonami describes the series below:

FLCL Progressive tells the story of 14-year-old Hidomi, her classmate Ide, and two otherworldly beings, “Jinyu” and “Haruha Raharu,” who are determined to unlock their hidden potential. Mixed up in this is an all-powerful force known as “ATOMSK,” a gorgeous vintage car… and a certain Vespa Scooter.

For many international anime fans, the original FLCL acted as a cornerstone in their developmental years alongside the anime medium. Now over 18-years since the original series aired on television, we’re given the opportunity to expose an entirely new audience to such an important series in fresh and exciting ways. With less than two weeks to wait until the series finally premieres, we’ll be sure to keep you updated as further information is revealed. Until then, be sure to check out the official website.