Anime distribution company Anime Limited has announced details of the upcoming vinyl release for the soundtrack of the groundbreaking 2000 series Fooly Cooly, better known as FLCL. The release is slated for November 11 as a set of two LP’s that come in full art, gatefold sleeve packaging with an insert containing the lyrics. 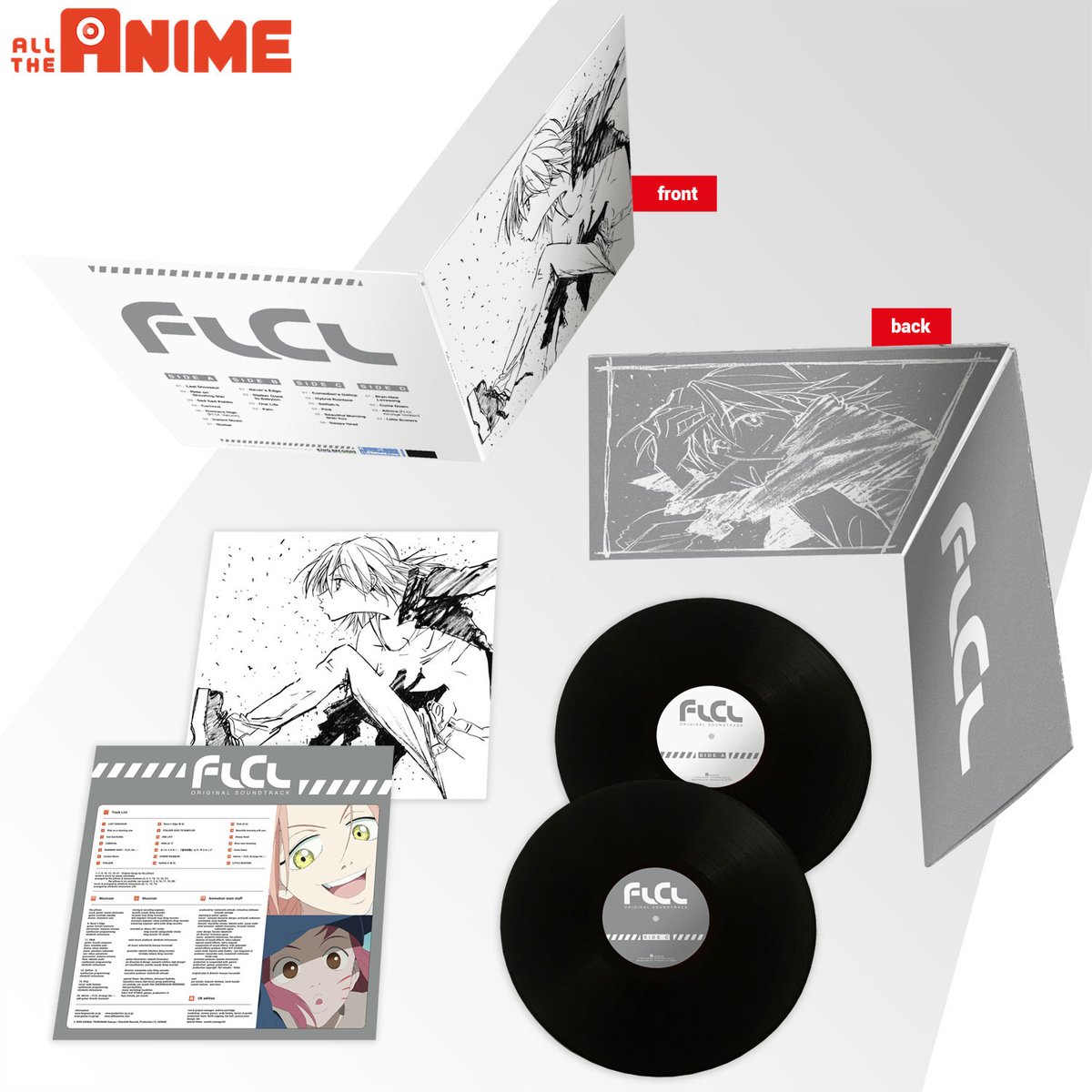 The FLCL vinyl LP set is a limited edition run that will receive only one printing. The tracks on the album were provided by the Japanese music label King Records, the longtime home of the pillows and the same label where Pop Team Epic and TeddyLoid have released their music. Let’s take a look at the tracklisting:

Although Anime Limited is a Scotland-based distributor, they hold the license for the FLCL soundtrack in all of the English speaking countries. As of right now, people in the UK and Ireland can pre-order the vinyl LP set from the AllTheAnime site, and customers in North America can get it from the TheRightStuf site. There are talks of a CD edition release of the soundtrack, but there aren’t any details on that at the moment.

Fooly Cooly recently came into the limelight once again after the release of new FLCL anime series, FLCL Progressive and Alternative last year in June. The new series takes place years after the end of the original FLCL, where there is still a war going on between Medical Mechanica and Fraternity. The story follows Haruko’s harassment of an unsuspecting teenager with her crazy alien shenanigans.