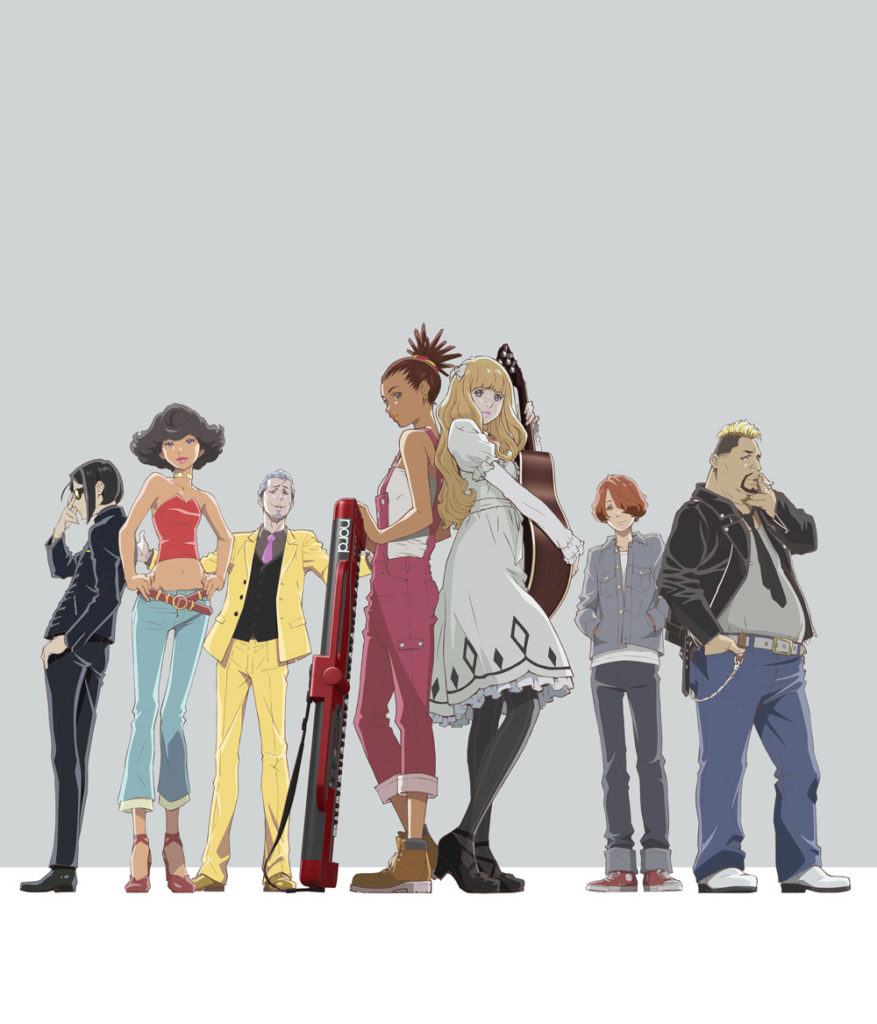 There are a lot of reasons to be excited about Shinichiro Watanabe and Studio BONES’ 20th-anniversary anime series Carole & Tuesday. Between the show’s already-intriguing theme and everything we’ve been teased with so far, it’s honestly shaping up to be a personal favorite, and a definite contender for my own anime of the season. But as if I wasn’t excited enough, Shinichiro Watanabe absolutely doubled-down on everything with a slew of releases and announces today. If you’re reading this, you’ve already seen the headline. Joining the already-stacked lineup of composers for the series, it was announced today that Flying Lotus, Thundercat, G.RINA, Maika Loubté, and ☆Taku Takahashi are all set to work on the soundtrack for Carole & Tuesday.

While a handful of these names should prove instantly familiar to anyone who has seen a Watanabe work in the past, there are also some new names to the roster. Starting at the beginning, we previously saw Flying Lotus work with Watanabe on the incredible Blade Runner 2022: Blackout anime short. Los Angeles born and raised, Flying Lotus remains one of the most prominent names in his corner of the electronic music spectrum. In 2008 he began his own label, Brainfeeder, which is where our next artist comes into the picture. Thundercat is a multi-talented bassist and producer whose origins run all the way back to thrash band Suicidal Tendencies before going solo and changing things up with a slew of incredible releases on Brainfeeder.

G.RINA is an artist that I’d like to hope a large percentage of our readership is already familiar with, much like the previously mentioned two artists. With roots in disco, R&B, and a number of other soulful genres, we’ve seen G.RINA work with a slew of artists over the years such as tofubeats on “No. 1” from “Lost Decade”. Maika Loubté might not be an artist you’re familiar with yet, but that’s absolutely something that needs to change. Born to a French mother and Japanese father, Loubté spent the early years of her life living between Tokyo, Hong Kong, and Paris. With a silky smooth synthesizer-driven backing, Maika Loubté’s work on Carole & Tuesday is definitely something I’m excited to hear. Finally, the man who should need no introduction on OTAQUEST, ☆Taku Takahashi is the most veteran name on this list when it comes to working with Shinichiro Watanabe. We’ve all jammed a million times to his infectious soundtrack work on Space ☆ Dandy, and I can’t wait to see what ☆Taku Takahashi provides for the Carole & Tuesday anime.

Moving on from the seriously stacked lineup announcement, we also got a handful of new info on the anime’s opening and ending themes. Released alongside the announcement, the full music video for Carole & Tuesday’s opening theme “Kiss Me” has now been made available on YouTube. In addition to this, both “Kiss Me” and the show’s ending theme “Hold Me Now” are set to release on May 29.

With just a week remaining until Carole & Tuesday hits the airwaves, I’ll be going to sleep tonight more excited than ever for what’s to come. Those interested in checking out further information on Shinichiro Watanabe and Studio BONES’ latest, be sure to head over to Carole & Tuesday’s official website.