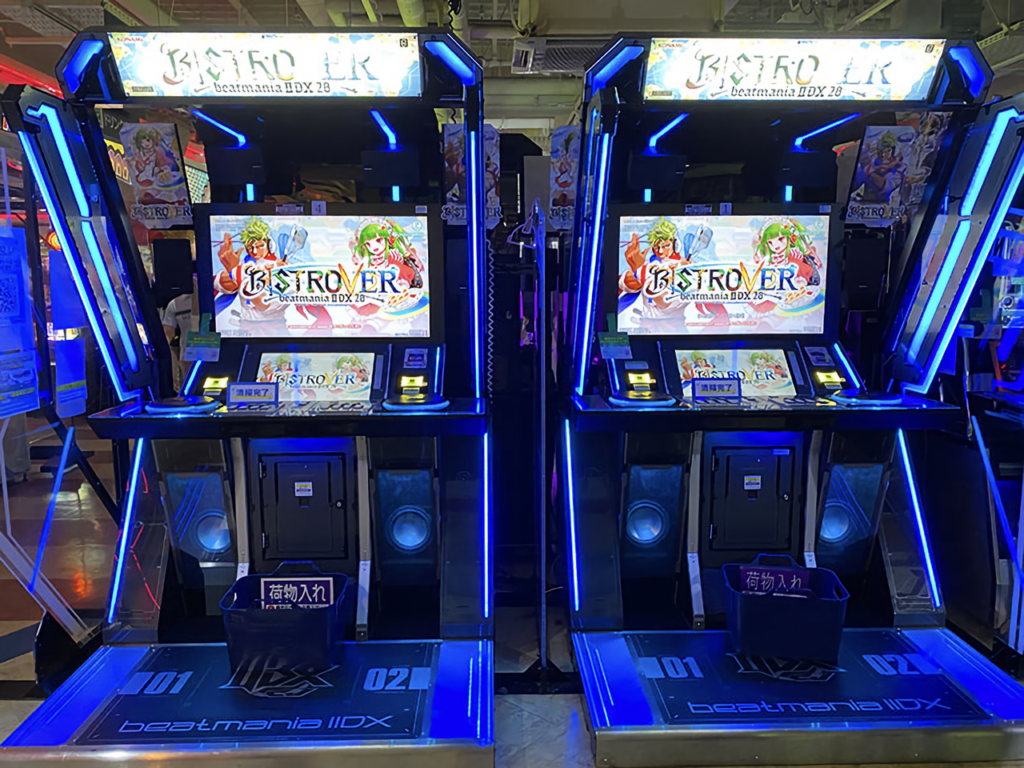 Last week, Konami dropped the news that they were going to be kicking off the fourth location of their in-game event for beatmania IIDX 28 BISTROVER, Meshimase! BISTROVER.

The event started this morning as Japanese arcades opened up and we were treated to five brand new songs, one transplant song from REFLEC BEAT, as well as one unexpected revival track that has never had an appearance in an arcade version of beatmania IIDX. 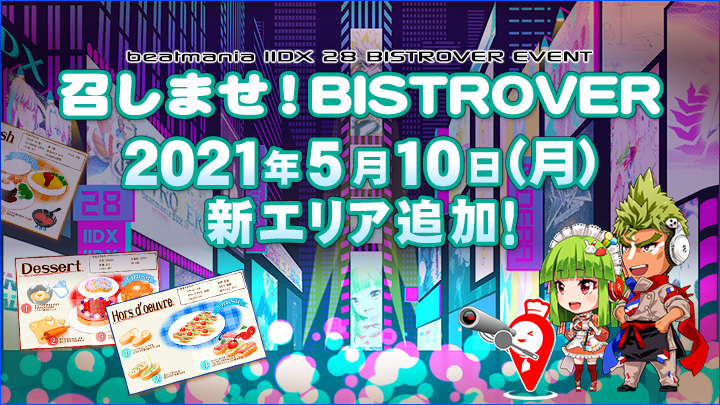 The fourth location sees us traveling to North America, surrounded by the neon lights that you would see in a major city such as New York City or Los Angeles.

The new songs are much more eclectic than what was seen in the previous three locations in the event. We see the return of U1 Asami and his ‘Orbitalic’ series of songs, a new track from IIDX staples lapix and Maozon, as well as the return of m1dy. But maybe most surprising was the addition of the previously CS exclusive song ‘DENIM‘ from Slake.

Let’s take a look at the songs that are part of the newest location in the Meshimase! BISTROVER event.

With this being the most packed location, it makes me wonder if the fourth location of the Meshimase! BISTROVER event is the last. There hasn’t been this many songs in any of the previous locations and it kind of gives off the vibe that it’s time to start a new event. After all, the lifecycle of BISTROVER is about halfway through if you base it on previous releases. Only time will tell.

What are you waiting for? Go to your arcade (assuming it’s open) and start unlocking these new songs!