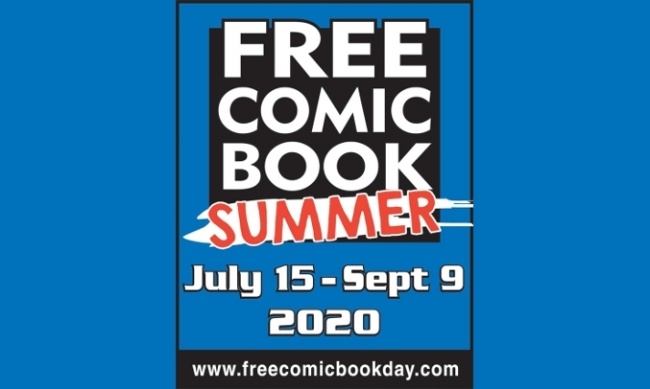 Would you like to get some free manga?  Of course you would!

Since 2002, comic book stores around the world have participated in Free Comic Book Day, a celebration of the art of the graphic novel — which includes the comic book’s Japanese cousin, manga.

English-language manga publishers and distributors also give out free samples of their titles. This year’s list of sponsors includes VIZ Media, Tokyopop, and Kodansha Comics.

The event normally takes place on the first Saturday in May. But, when COVID-19 shut down the entire world this spring, Free Comic Book Day was postponed.

How To Get Your Free Manga

Luckily, Diamond Comics Distributors, the folks responsible for this annual event, came up with a safer alternate plan.  Instead of just one (crowded) day to celebrate free comic books, they spread the event out to several weeks, from July 15 to Sept. 9.

So what does this mean for manga fans?   Well, it all depends upon two things. First, there has to be a participating comic book store in your area. You can find a store locator and map here. Second, that participating store has to have the free manga or comic book that you want.

To be honest, it’s sort of a mixed bag. Supplies are limited, so there’s no guarantee of anything. You should contact the store before you head out, just to make sure. But hey, it’s all free.

Some of the free titles you might find include:

It’s not quite a manga, but I feel like I need to mention the free sample of Usagi Yojimbo by Japanese American comic book artist Stan Sakai. Sakai was recently elected to the Comic Book Hall of Fame at this year’s Eisner Awards.

In this story, the feudal rabbit samurai is joined by Chibi Usagi.  The comic book will come out on Aug. 26.

Power Rangers: The Road to Ranger Slayer is an American comic book, based on the Saban adaptation of the tokusatsu Super Sentai.

It seems that the Ranger Slayer is Kimberly Hart, the original Pink Power Ranger. Judging from what I was able to find online, this alternate universe story is way more complicated than I remember the Power Rangers TV show ever being. Kimberly walks through a good/ evil/ morally-gray revolving door. The comic book came out on July 15.

If you can’t find those titles, don’t despair. Other free comic books include Jack Kirby: The Epic Life of the King of Comics, My Little Pony, Asterix, Disney Masters: Donald Duck, Donut the Destroyer, Stepping Stones/ Max & The MidKnights, Super Mercado Mix Tape, and The Tick.

They have something for every taste, if you can find it.