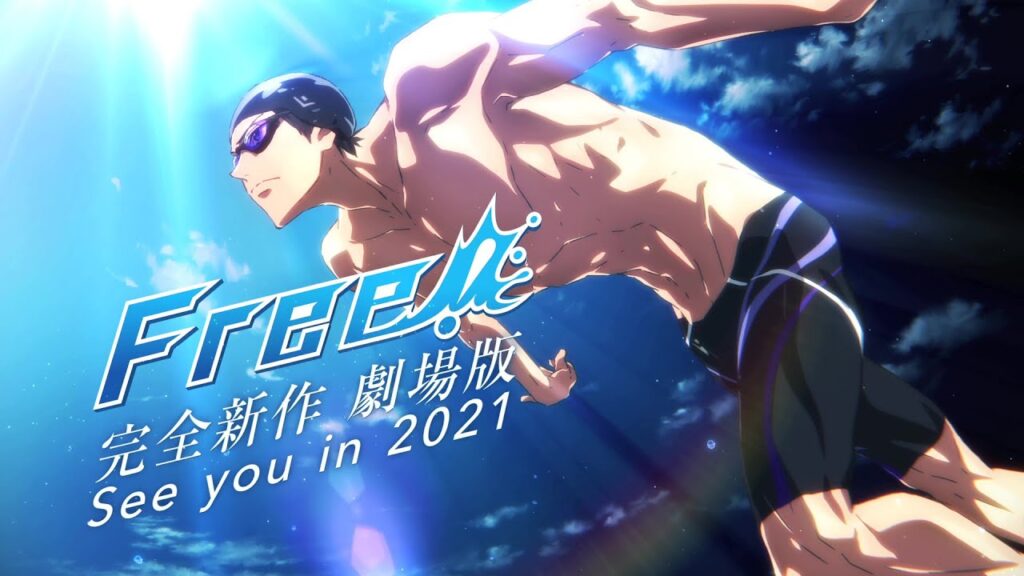 Over the past month, it has thankfully started to feel as though Kyoto Animation are recovering and returning to new anime production following the arson attack that occurred at the studio in 2019. Having initially been delayed from January to April as a result of the attack only to be further pushed back due to COVID-19, the first newly-completed production the company have made since the attack will be released when Violet Evergarden: The Movie hits cinemas next month. Last week, the second season of Miss Kobayashi’s Dragon Maid was also announced as their latest TV anime production, with the series set to release at some point next year. Now, Kyoto Animation have released new details on the upcoming Free anime movie, originally pushed back from its summer 2020 release date due to various circumstances, will be hitting cinemas at some point in 2021.

The confirmation of a new release date for next year and the release of a brief teaser trailer are the first pieces of new information about the upcoming film since the film was initially delayed from its planned summer release date back in November. In this teaser trailer, we’re mostly treated to footage from the TV series that chronicles the journey of Haruka Nanase over the course of the two previous seasons and OVA the series has received up until now. Coupling this archival footage is a statement: Haruka Nanase: his challenge on the world has begun.

Even though the trailer lacks any new footage of the upcoming film, it’s nice to see that progress on the movie’s production has been made and that the film will soon be ready to release at some point in 2021. Between the return of older projects like the Free movie and Violent Evergarden coupled with new projects in the form of Miss Kobayashi’s Dragon Maid, nothing makes me happier than to see Kyoto Animation returning to full strength as they continue to recover from their attack on the studio. You can find out more over on the website dedicated to the Free franchise.