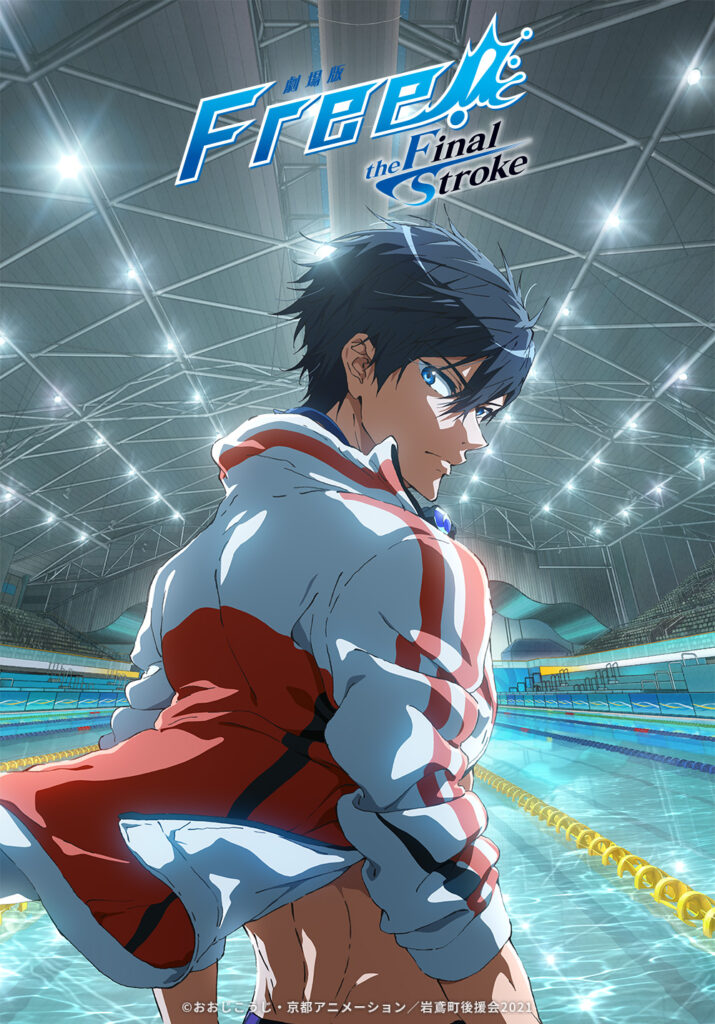 The first part of the newest Free! anime movie will swim into theaters on 17 September, the creators announced on Monday. The film will be titled Free! – The Final Stroke, and it will be divided into two halves. Kyoto Animation posted a promo video for the films to its YouTube channel on Monday:

Free!’s return to the big screen has had to navigate rough waters on its way to production and release. A July 2019 promo event for a new film was canceled following the deadly arson attack that summer. That film was delayed, but scheduled to be released in 2020, to go along with the Tokyo Olympics. At the time, the film was called Road to the World. 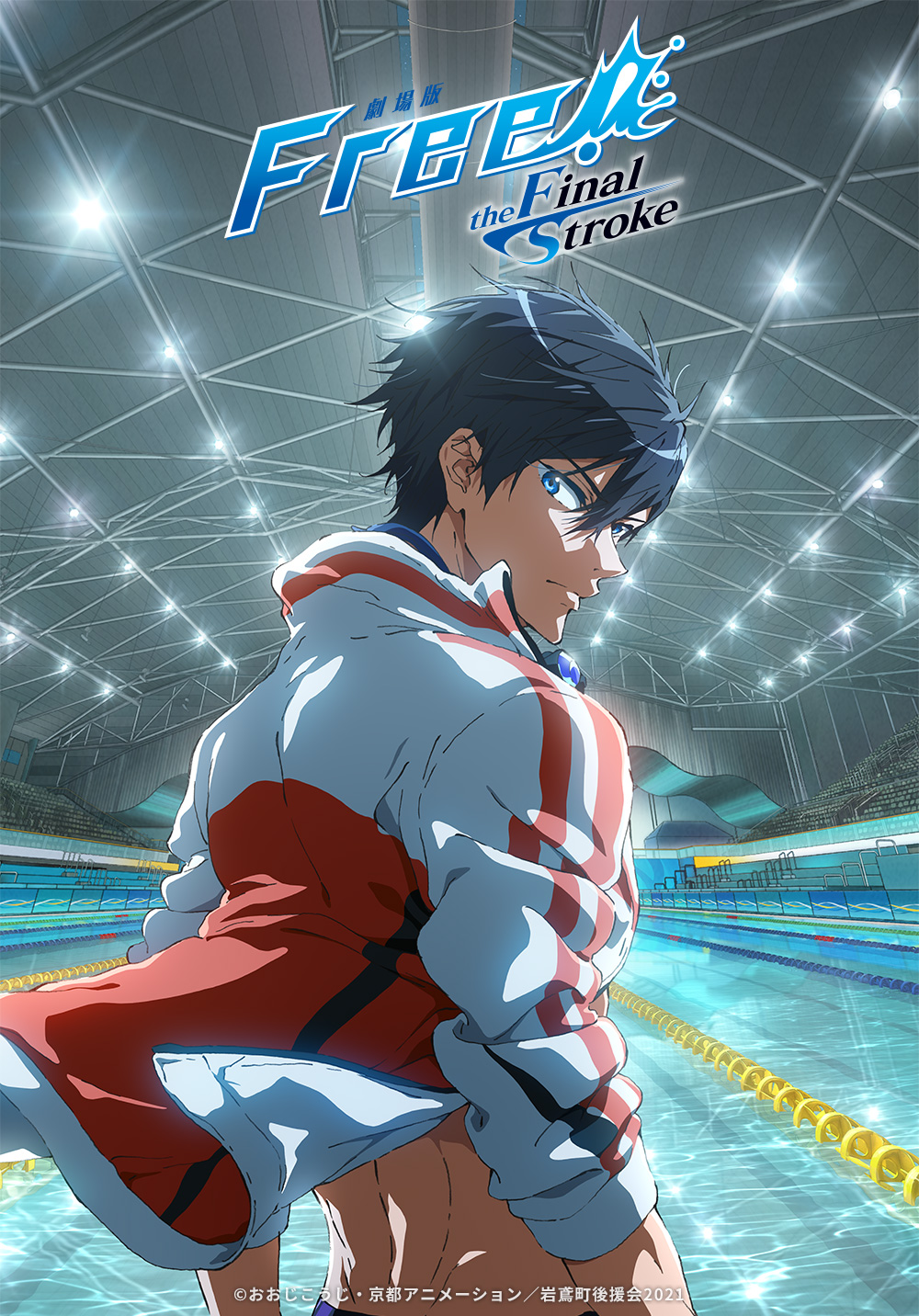 As we now know, the Olympics had to be postponed to this year; and so was the film. (With the name change, it’s hard to know if this is even the same film that was planned in 2019.)

The Final Stroke will be the sixth film based on the KyoAni sports anime series, depending on how you count. Several of the previous movies were compilation films taken from the TV seasons. It will be the first completely new film plot since Free! Take Your Marks was released in 2017. There hasn’t been a new episode of the series since Free! – Dive to the Future came out in 2018.

The second half of Free! – The Final Stroke will be released on 22 April 2022, assuming that some other disaster doesn’t strike.