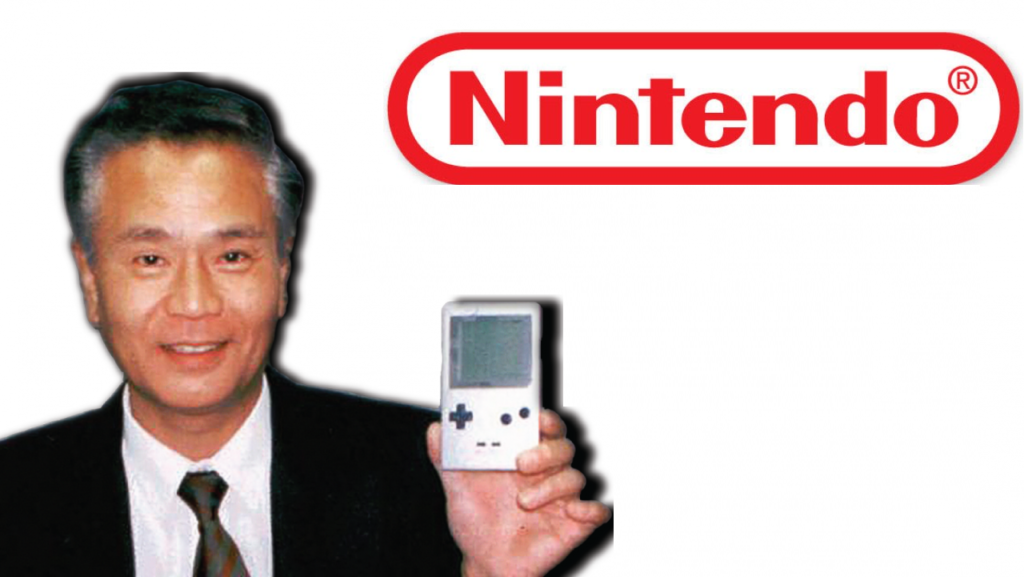 Gunpei Yokoi is one of those people who really ought to be better known than he is. He designed a lot of important stuff for Nintendo —  including the original Game Boy and the cross-shaped game controller.

Yokoi made a lot of contributions to the world of video games. As such, he deserves some overdue recognition.

He was the designer of the arcade versions of Nintendo light gun games Wild Gunman and Duck Hunt;  the Game & Watch series of handheld games; the D-Pad controller; and the Game Boy, among other things.

Yokoi was born in Kyoto in 1941.  He graduated from Doshisha University, a private college in Kyoto.

He joined Nintendo in 1965.  Back then, Nintendo hadn’t gotten into the video game business yet — but then, how could they have?  The video game as we know it today didn’t even exist yet.

Nintendo made Hanafuda cards, a uniquely Japanese playing card game which traditionally features pictures of seasonal flowers, poetry and animals. (It’s where Naruto’s Ino, Shikamaru and Choji get their names.)  Yokoi started out as a maintenance man (some sources say janitor) for a Hanafuda card factory.

Yokoi would go on to create several toys for Nintendo, including a variation on the Love Tester machine.   Yokoi’s version requires two people to hold onto a device and hold hands with each other.  The Love Tester would give a score from 1 to 100.

Sometime after that, Yokoi was on the Shinkansen (bullet train) when he saw a bored businessman playing with the buttons on his calculator.  That would become the inspiration for the Game & Watch, a handheld electronic game.

The first Game & Watch came out in 1980 and the first one was a simple juggling game called Ball. It had two buttons — left and right. The player controls a little man, who must keep juggling, that’s it. 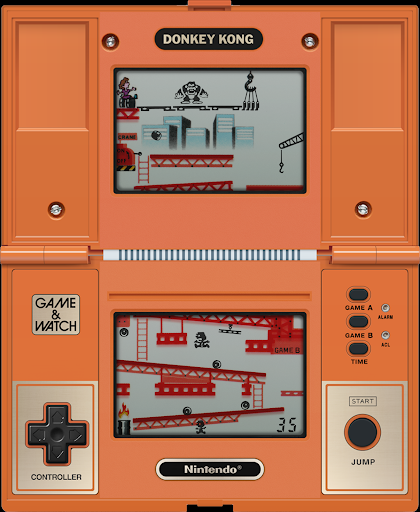 The Game & Watch was a good example of what Yokoi called “lateral thinking with withered technology.”

The idea was to take existing “withered” technology, rather than cutting-edge stuff.  The “lateral” trick is to use that older technology in new ways. For example, the Game & Watch used existing LCD technology. The technology was affordable, but at the time, it was more commonly found in calculators or watches.

Some of the early Game & Watch games only had two red controller buttons, plus small gray buttons to select “Game A,” “Game B” or the time. However, starting with Donkey Kong in 1982, some of the games had a cross-shaped controller, or D-Pad. The D-Pad was invented by Yokoi, who wanted a smaller replacement for the arcade joystick.

That same D-Pad controller would show up over and over again in Nintendo video game consoles, from the Famicom and NES, to the Game Boy to the Nintendo Switch Pro Controller in 2017.  Variations on the design would appear on controllers for Sega, Atari, TurboGrafx, PlayStation, Xbox and other video game systems.

In 1981, Yokoi supervised Shigeru Miyamoto when Miyamoto created Donkey Kong.  Yokoi was a mentor for Miyamoto, now considered by some to be a god of video games for his creation of the little Italian plumber, Mario.  Yokoi also worked with Miyamoto on Mario Bros.

During a talk with Nintendo’s Satoru Iwata, Miyamoto discussed Yokoi’s influence on Mario:

“Mario was also a collaborative effort with Yokoi-san. … In Donkey Kong, if Mario fell any distance that was greater than his height, he would be stunned and you’d lose a turn. But this time round, Yokoi-san said: ‘Why don’t we let him jump down from higher places?’”

Miyamoto also said that Yokoi was responsible for Mario’s high jumps, along with the ability to hit floors from underneath.

As head of Nintendo Research & Development No. 1 Department (R&D1) in Kyoto, Yokoi also worked with Satoru Okada on Kid Icarus and Metroid.

R.O.B., Game Boy and Beyond

When the Nintendo Entertainment System came out in 1985, Yokoi was responsible for a couple of its features — some of which were more successful than others.

He was the designer of R.O.B, the Robotic Operating Buddy.  R.O.B. was supposed to have been one of the highlights of the NES, and it featured strongly in NES ads and commercials.

Unfortunately, despite the futuristic look, the little robot was too slow for most Nintendo games. Only two games were ever designed for R.O.B. — Gyromite and Stack-Up.

The NES Zapper, another Yokoi creation, was a bit more successful. Besides the aforementioned Duck Hunt and Wild Gunman, the Zapper, or Beam Gun as it was known in Japan, was also used to play Freedom Force, Gumshoe, Hogan’s Alley, Shooting Range and a few others.  It was optional or compatible with the Adventures of Bayou Billy and Track & Field II, among others.

Yokoi was also chief designer for the Game Boy, which came out in 1989.   Yokoi wanted a game console that was small, light, durable and inexpensive, and the Game Boy succeeds on all counts.

Yokoi is sometimes credited with inventing the 8-bit handheld video game console. But, some credit also belongs to Satoru Okada and the other people at Nintendo R&D.

After the huge success of the Game Boy, Yokoi created the Virtual Boy, a 32-bit video game console inspired by the promise of virtual reality (VR). It was released in 1995.

The Virtual Boy featured 3D stereoscopic graphics, and the player must look into the console’s headset to play it.

When you look at the recent invention of such VR video game headsets as the Oculus, the Virtual Boy may have been a couple of decades ahead of its time.  But at the time, it was a huge flop.

Yokoi left Nintendo in August of 1996.  It was rumored that the Virtual Boy had something to do with it.   However, Yokoi himself had different thoughts.

In an interview with the Japanese magazine Bungeishunju, Yokoi said, “After graduating from university, I was at Nintendo the entire time working on playthings, but at the 55-year-old-juncture, I thought about working at a job that would allow me even more freedom with my ideas.”

Unfortunately, Yokoi never saw his final creation reach the market.  In October of 1997, he died after a car crash.

Yokoi was a passenger in a car when it hit the vehicle in front of them on an expressway.  He survived the crash, but he was hit by a car when they got out to check the damage.  He was 56.