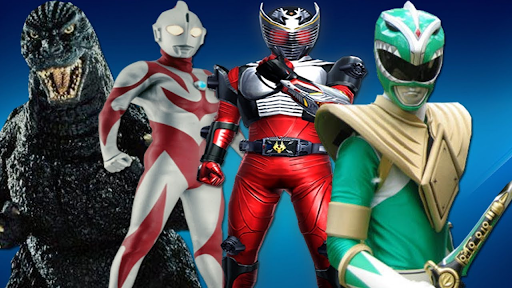 When people hear the word tokusatsu the first thing to come to mind are the Japanese television shows featuring masked fighters and giant robots. This makes plenty of sense considering series like Super Sentai and Kamen Rider are some of the most obvious examples of the genre. Even outside of Japan, the success of a series like Power Rangers (which is an adapted, re-edited version of the Super Sentai series) is a prime example of tokusatsu.

However, as a genre, tokusatsu is more than just spandex-wearing super heroes. In English, the word tokusatsu can be translated to ‘special effects’ and the genre consists of a wider variety of live action film and television than you might think. In fact, the history of tokusatsu as a genre, as well as its impact on the culture of media in Japan and beyond, is quite fascinating.

Birth of a Genre. The Origins of Tokusatsu

While the word tokusatsu means ‘special effects’ in English, it can also more literally be translated to ‘special filming;’ however, the roots of the genre predate film itself. Looking back at the traditional artistic practices of kabuki and bunraku, one can see a correlation between the stylized, theatrical stage combat of kabuki, the miniatures and puppets of bunraku, and contemporary examples of tokusatsu.

Though filmmaking was first introduced to Japan in the 1890s, and the history of cinema in Japan spans over a century’s worth of movies in every genre from silent films to horror, the 1950s are generally considered the golden age of Japanese Cinema. It also just so happens to be the period of time in which the tokusatsu genre was born, as we know it.

After World War II, following the American Occupation of Japan, which ended in 1952, the film industry of Japan went through a period of transformation. Several studios were producing many films in various genres, many of which are today considered masterpieces. Then, in 1954, inspired by the classic American feature King Kong, director Ishiro Honda created a monster movie of his own. A drama with a strong anti-nuclear weapon sentiment at its core, Godzilla would change the face of sci-fi cinema forever. 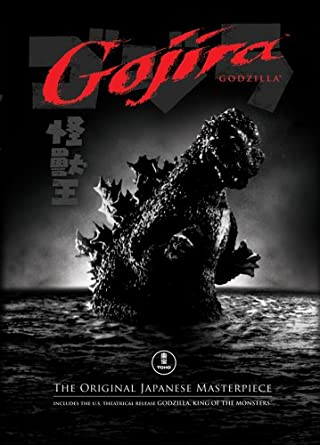 However, Honda wasn’t working alone… At his side was Eiji Tsuburaya, the man who literally started TOHO Studio’s Visual Effects Department (called the ‘Special Arts Department’ at the time). It was Tsuburaya who developed the art form today known as ‘suitmation,’ combining a man in a monster suit set against miniatures, to create the effect of kaiju (‘strange creature’ or ‘monster’) destroying cities.

By utilizing stark lighting and changing the speed of the film, Tsuburaya was able to out-do the stop motion animation techniques used to film King Kong, creating the techniques that are still used to this day and inventing the tokusatsu genre as we know it.

The influence and success of Godzilla would inspire a whole slew of kaiju movies, expanding the development of tokusatsu, and causing what was called the ‘Monster Boom.’ Then, in 1957, the film serial Super Giants hit movie theaters. The 49-minute film centered on a leotard wearing hero from outer space with a suit and hat wearing alter ego. 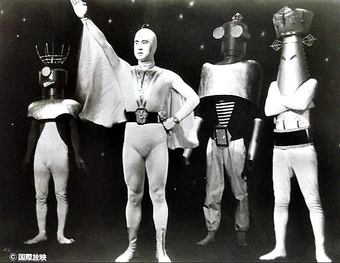 The Super Giants series would go on to set the precedent for the sort of Japanese superheroes that would come after. In fact, the series of films would lead to the first televised tokusatsu superhero show, Moonlight Mask, which started airing in 1958. Combined, the two series would mark the rise of the ‘Henshin Boom,’ henshin translating to ‘transformation,’ a key element to the secret identities inherent to the superhero tokusatsu subgenre. 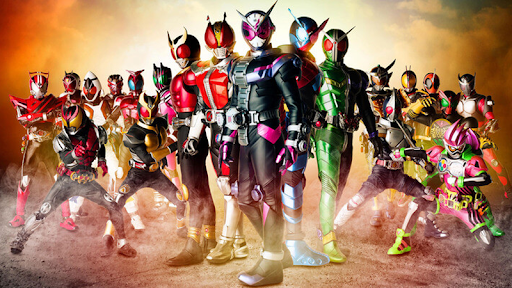 Though over the decades the technology has improved, the core elements of tokusatsu henshin have remained the same. Typically, there are secret identities, transformations, a use of special effects—typically practical effects with roots in the old school tokusatsu tradition. Quite often there are giant robots and monsters, stylized theatrical fights, and other commonalities.

Since the term tokusatsu would apply to a wide variety of live action film and movies, it’s worth noting that there are subgenres such as the live action Magical Girl shows. For instance, the live action adaptation of Sailor Moon, Pretty Guardian Sailor Moon!, more than qualifies as a tokusatsu, with monsters, elaborate transformation sequences, even puppets, with the show’s use of a puppetized stuffed animal to play Luna the talking cat. 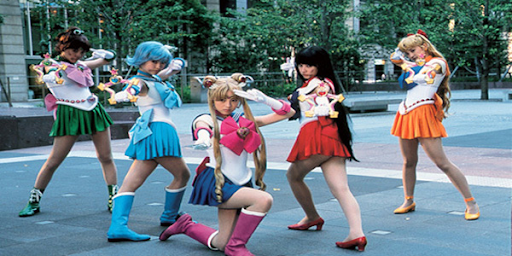 The most obvious presence of Japanese tokusatsu in the West would have to be the successful and ongoing series Power Rangers. Though the Super Sentai series has been on the air in Japan, Saban Entertainment brought the series to America in 1994, changing the name to Mighty Morphin Power Rangers.

By re-editing the series to replace non-fighting sequences with new footage of American teens, Power Rangers became a cultural phenomenon. Though the American rights to the series has changed hands and production location over the 26 years since its American debut, Power Rangers is still churning out episodes.

The 26th season of the American version, Power Rangers Beast Morphers aired from March 2019 through December of the same year.

With the increase in streaming access to translations of original media, Western audiences are able to access more tokusatsu media than ever before. Still, American remakes and adaptations of tokusatsu series and movies dates all the way back to the beginning of the genre. 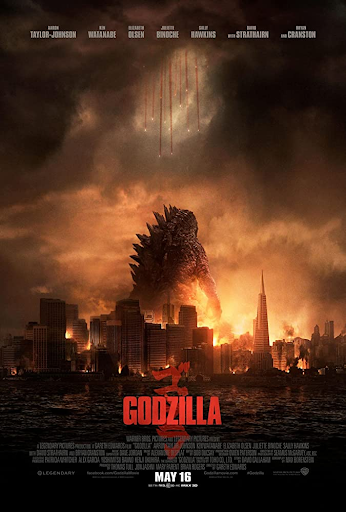 More recent American produced movies such as 2014’s Godzilla, 2019’s Godzilla: King of the Monsters, and 2020’s Godzilla vs. Kong are some recent examples of American-made tokusatsu, while movies like Pacific Rim and the Cloverfield series are obviously inspired by the kaiju subgenre of tokusatsu.

Though the times have changed, the love for the tokusatsu genre, and all of its various branches and subgenre, has not. Audiences all over the world continue to embrace a style of filmmaking and storytelling that manages to be equally devoted to tradition as it is to innovation, since its origin; and that is what, even more than ‘effects’ and ‘filming’, makes tokusatsu  ‘special.’