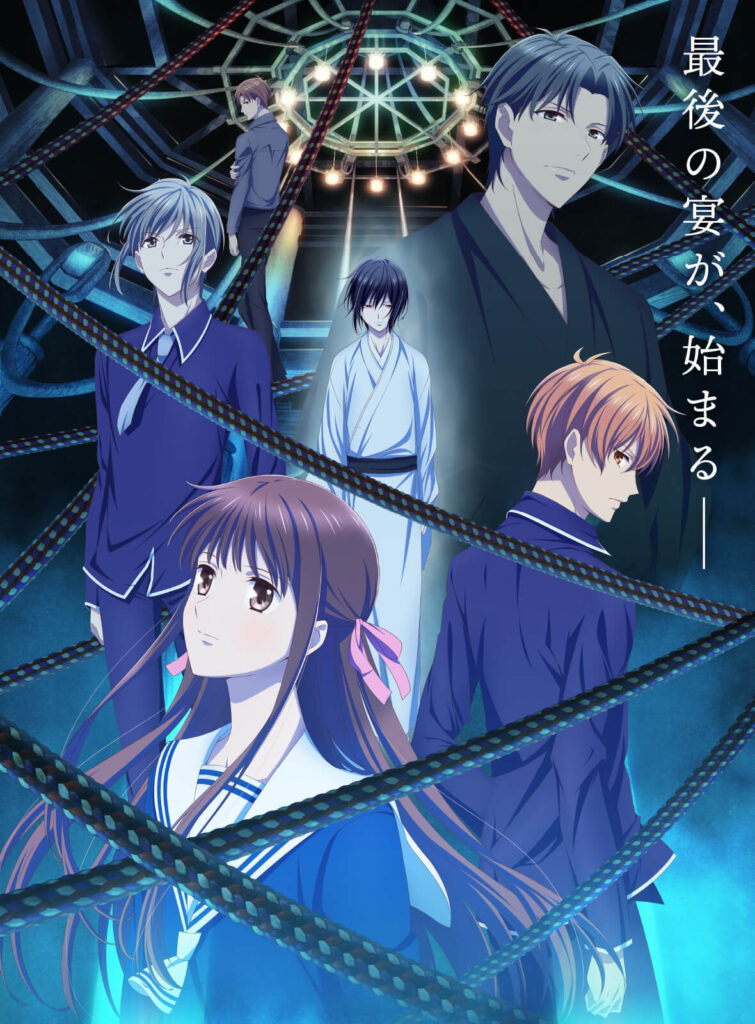 About a month ago, I reported how the anime series Fruits Basket had posted a second season retrospective video in anticipation of the upcoming Fruits Basket: The Final. That video included a short look ahead of the new season.

The third and final season is now less than a month away, with the first new episode expected on 5 April. On Friday, Fruits Basket posted a new promo video for The Final. The PV shows that the new season is likely to be every bit as much a tear-jerker as can be expected.

In season three, the Sohma family, with its weird branches and rivalries, will clearly still be a giant mess. There’s also the unresolved subject of the curse. And poor Tohru will still get caught up in the middle of it all.

The promo shows that there will be plenty for the Tohru/ Kyo shippers. And we are now far beyond the stunted ending of the 2001 series.

At noon on 28 March Japan Time (8 p.m. 27 March in Pacific), Fruits Basket will have a special live stage program streamed from the Avex Pictures booth during the online-only AnimeJapan 2021. It looks like it will be available on YouTube:

Several members of the cast are expected to be there, including Manaka Iwami (Tohru Honda), Nobunaga Shimazaki (Yuki Sohma), and Yuma Uchida (Kyo Sohma).

After the stream, the video will be archived until 30 June. You can find the Fruits Basket website here. Crunchyroll has the series here.