Who Is Fujiko Mine? Lupin’s Femme Fatale Has Been Doing Her Thing for Half a Century 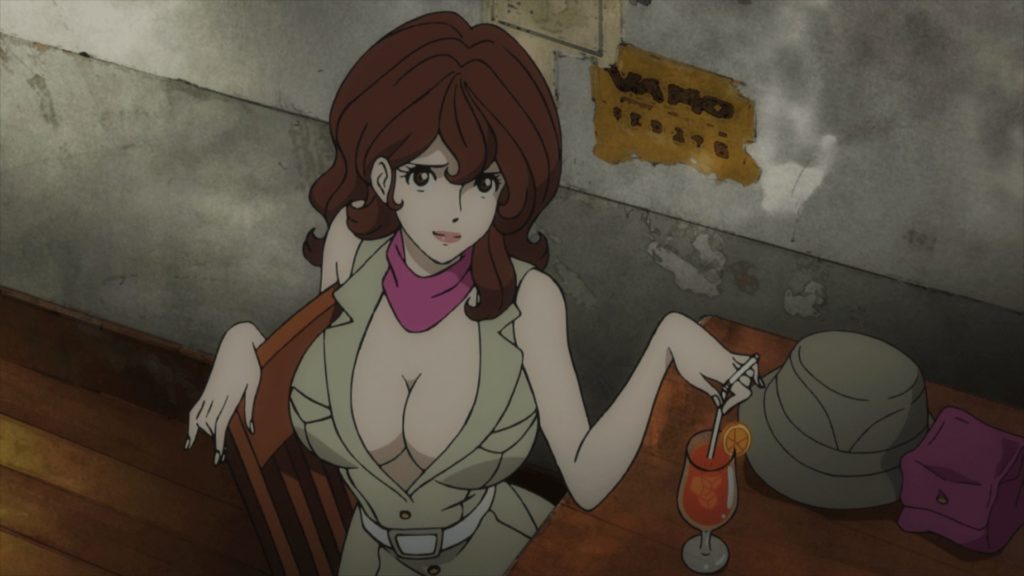 When the late and great Monkey Punch first embarked on the original Lupin The Third manga back in 1967, he could not have imagined how big the series would grow or that new installments would be coming out to this day. Not only was it an accomplishment for him, but the franchise also helped launch the careers of two all-time great animators, Isao Takahata and Hayao Miyazaki.

The show would become a nationwide phenomenon in Japan and earn itself many fans in countries all around the world. None of that would be possible without the series quintessential five: the dastardly thief Lupin himself, sharpshooting Daisuke Jigen, Goemon Ishikawa a samurai in the modern era, the bumbling detective Zenigata who can never quite catch them, and then there’s that woman named Fujiko Mine. 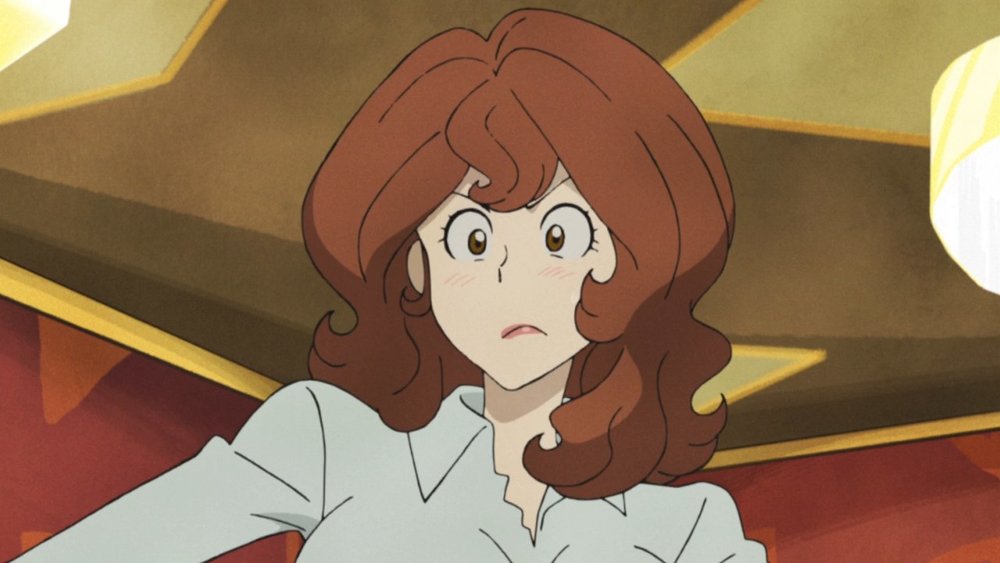 Who Is the Woman Called Fujiko Mine

Sometimes an enemy, sometimes an ally, always an object of Lupin’s lust, Fujiko Mine’s been turning heads and stealing treasures for as long as any of us have been alive. She’s arguably the first ‘anime babe’, no stranger to utilizing sexuality as a weapon but reducing her to just that would be insulting, to say the least.

She’s every bit as competent a deceiver and a thief as Lupin, and generally doesn’t bring the world’s greatest swordsman and marksman around with her for insurance. She’s helped more times than anyone could count and hindered just as many.

Fujiko Mine’s done plenty enough to earn herself a spot as one of the greatest anime characters to have ever done it.

You’re never really sure where Fujiko Mine stands, or know what her end goals are. Sure, she loves living the high life and has an eye for gold, precious jewelry, and all other kinds of riches; she puts herself at risk time and again just to get her hands onto them.

However, especially going by the more recent Lupin shows and films that have gotten introspective with the characters and have actually changed the decades-old status quo like The Woman Called Fujiko Mine or Lupin The Third Part V, she masks some real depth. Despite being fond of Lupin herself underneath it all, she also refuses to just be his accessory or play the part of a domesticated housewife. She’s powerful, she knows it, and wouldn’t want it any other way. 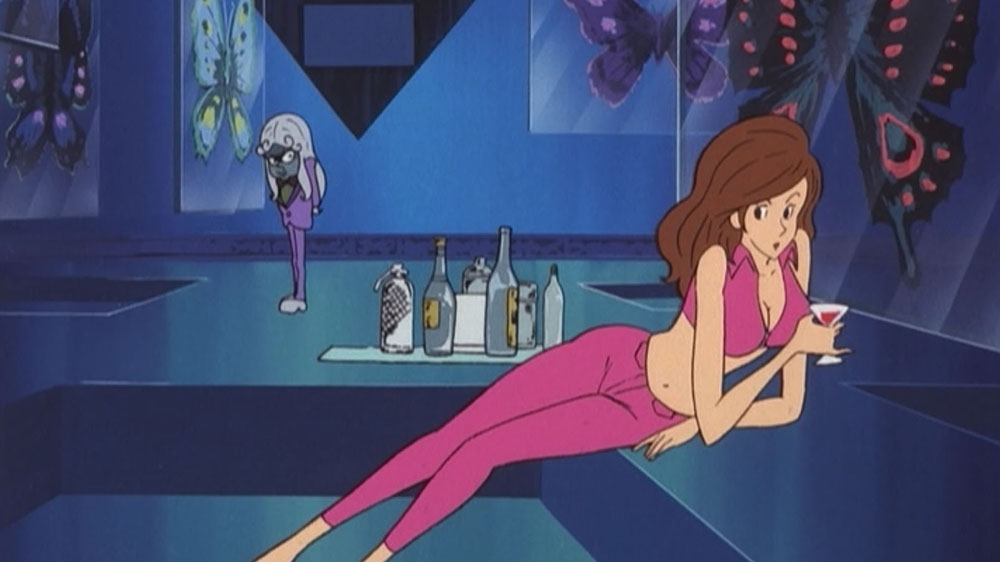 Fujiko Mine, or 峰 不二子 for those of you who can read Japanese, presents an interesting duality: At times she’s the embodiment of the femme fatale stereotype, willing to use her sexuality to any end, leading untold swaths of men to ruin along the way. However, when push comes to shove, it’s clear she’s just got a whole arsenal of other skills up her sleeve beyond some simple cunning.

Turns out she’s just as talented as Lupin and Jigen at being a master caper, and while she lacks a singular specialty like them, she’s something of a jack-of-all-trades criminal who uses sex as only one of her many weapons. If you go through all the Lupin TV series, you’ll see that she can play the lover, but she can also play the spy, the master manipulator, and on rare occasions even the brute.

Whether Fujiko’s playing the damsel in distress, the lead femme fatale, or assuming the identity of a total stranger, once you take in the totality of her work across the various Lupin anime adaptations, it’s clear that she’s only ‘playing’. She’s can and does indulge into these stereotypes from time to time, but to reduce her to said stereotypes would be an underestimation and an under-appreciation of her legendary character. 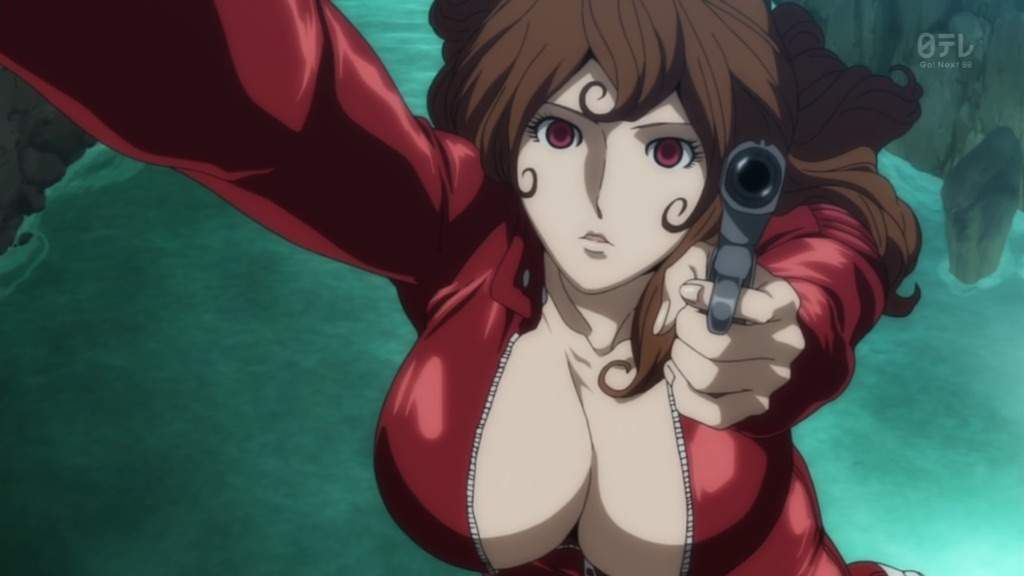 Fujiko Plays a Small Role in the Castle of Cagliostro

With a nearly endless amount of TV Series, films, and specials under its boat, there’s a whole lot of Lupin The Third to go around. However, while dedicated Lupin fans will have a range of opinions on which show or film is their particular favorite and why, if we look at the anime fandom a little more broadly, there’s one piece of Lupin media that most consider the crowning jewel: The Hayao Miyazaki film The Castle Of Cagliostro.

The Castle Of Cagliostro is every bit the film people say it is, rivaling even some of Miyazaki’s mainline Ghibli works. Beautiful animated and presenting more toned down and realistic versions of Lupin and co, the movie turns Lupin into an adventure story and features the cast at their most human. Unfortunately, if there’s one thing to be nitpicky with about the film, it would be its handling of Fujiko.

We don’t mean that Miyazaki compromised the quality of her character or relied too heavily on her sexuality to get by. In fact, Cagliostro’s Fujiko might be the most PG she’s ever been. However, she plays such a small role in the film, showing up in just a small handful of scenes and being mostly relegated to an advisory position to Lupin, that in terms of being specifically a Lupin The Third story it’s a missed opportunity.

A few decades later though, Fujiko would get the chance to more than makeup for it.

Lupin the Third: The Woman Called Fujiko Mine

After several decades of only new Lupin The Third movies and TV specials coming out, the powers that be made a bold move by bringing Lupin back to a weekly time slot but putting Fujiko at the forefront. Lupin the Third: The Woman Called Fujiko Mine is an artistic and ambitious little show that proved to audiences that the people behind Lupin were ready to take some big risks.

The show was directed by Sayo Yamamoto, who had previously directed Michiko & Hatachin and would go on to create the mega-hit series Yuri!! on Ice. You also had Redline creator Takeshi Koike handling the character redesigns, giving the show a grittier edge closer to the original manga. Superstar writer Mari Okada of Toradora and Maquia penned the scripts. The whole thing is really something else.

The Woman Called Fujiko Mine is a prequel, or at least an early-days Lupin story. You get to see how she meets Lupin and his crew, at least one version of those events, although that’s not really the focus of the story.

The early episodes see her on a series of episodic heists, but as the 13-episode show goes on, an overarching story begins to present itself. You get to see what’s really going on underneath her skin, and maybe even glean info from her past, which had largely been kept a secret.

It’s not like Lupin has a strong continuity between part to part and the dozens of films and specials, but this show presents an intriguing take on the character and stands as a unique piece of Lupin lore. Built-up, stripped-down, then built up again, Lupin III The Woman Called Fujiko Mine is the closest we’ll ever get to knowing the real Fujiko. 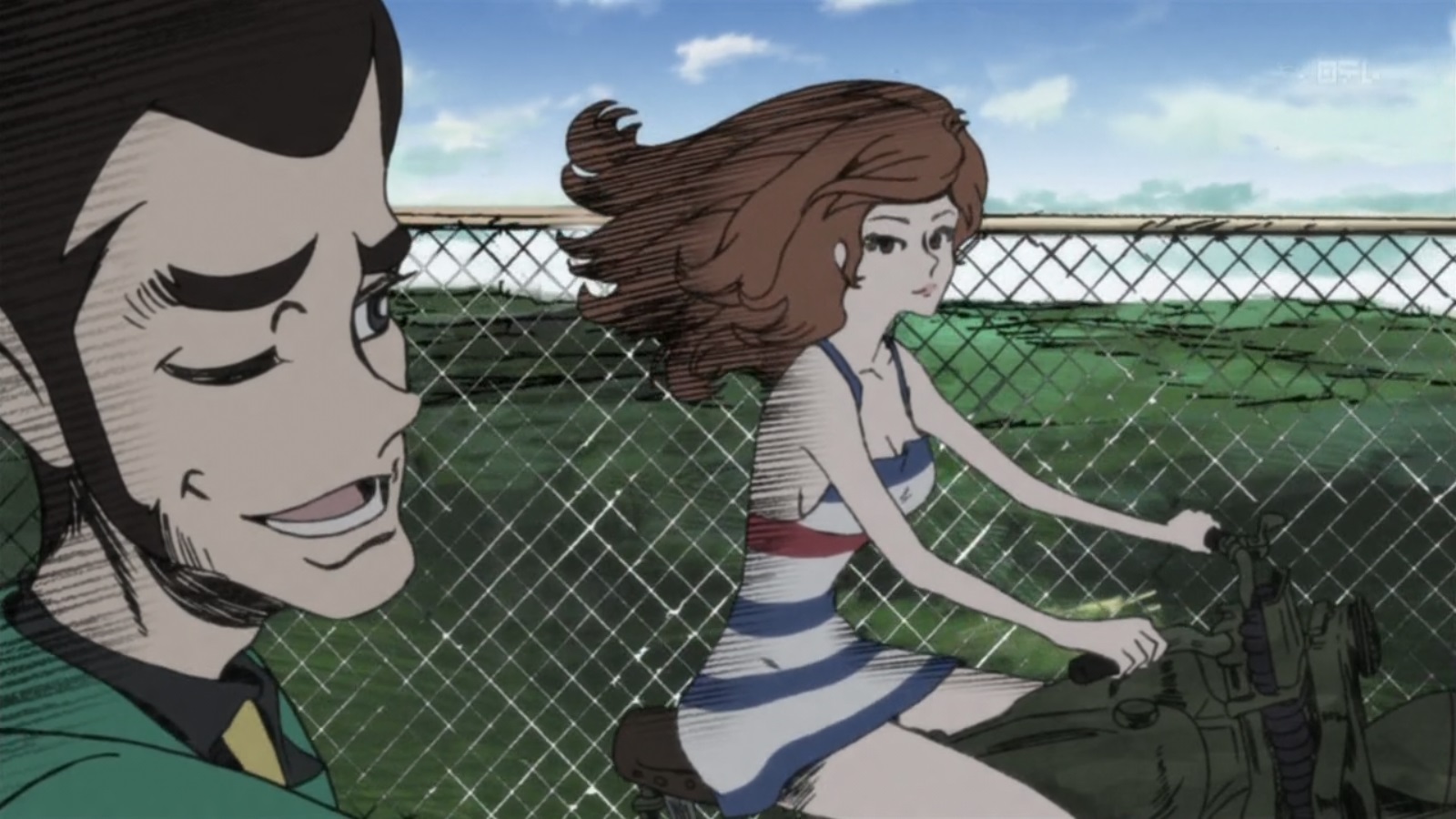 Takeshi Koike, who created Redline and worked on The Woman Called Fujiko Mine, has spent the past decade crafting some very stylistic Lupin specials, each centering around one member of the cast. After directing the Jigen and Goemon themed Daisuke Jigen’s Gravestone and Goemon Ishikawa’s Spray Of Blood, he returned to Fujiko for the 2019 Fujiko Mine’s Lie. With Fujiko Mine once again in the spotlight, fans have been particularly excited for this new entry in the Lupin canon.

Taking much less time to come out in English than the Jigen and Goemon movies, Fujiko Mine’s Lie is already available for digital purchase on Amazon Prime. A Blu-ray is out courtesy of the fantastic Discotek Entertainment who’s strived to bring back into print and onto Blu-ray looking better than ever, as many different Lupin creations as they can. While they don’t have every TV Series out yet, with Part V and The Woman Called Fujiko Mine missing from the lineup, if a new Lupin’s on the horizon, you can assume it will only be a matter of time till they do something with it.