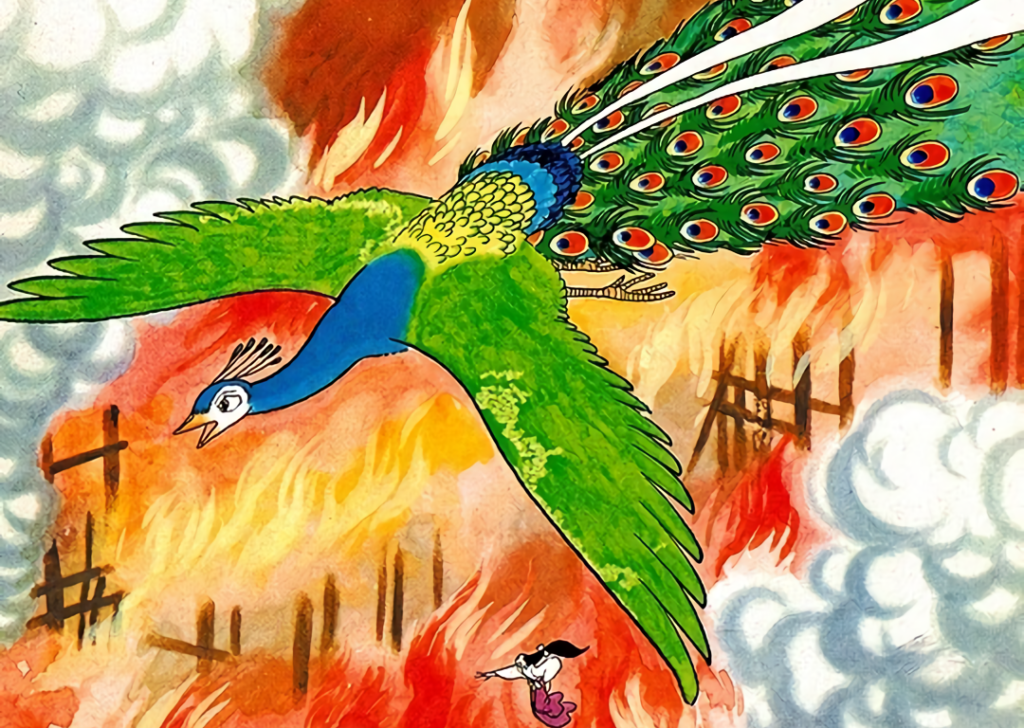 It is no understatement to say that Phoenix is Osamu Tezuka’s life’s work. Beginning not long after his debut in 1954, it continued right up until his passing in 1989 in various forms, formats, and magazines. As a result, the availability of the series has always been scattershot: different publishers have published different parts of the series in different forms, often differing from the magazine original. Nevertheless, online retailer Fukkan is here to save the day, as they are reprinting their “original” version of Osamu Tezuka’s Phoenix at a much lower price.

Fukkan originally produced their “original” version of Osamu Tezuka’s Phoenix from 2011 to 2012 in twelve seperate volumes, recreating the original magazine release of the series while also employing digital remastering techniques to boost the quality. Any color pages published as part of the series’ original run were also faithfully recreated in the original style, making it the closest to Tezuka’s original version. 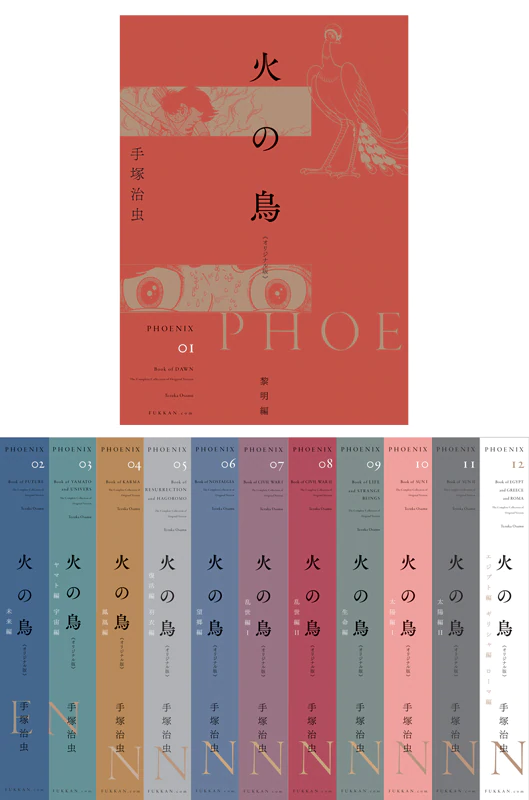 This new version of Fukkan’s Phoenix release comes by way of popular demand, with the company apparently being inundated with requests to bring it back ever since the original 2011 and 2012 volume releases sold out. This isn’t just a simple reprint, however: the new version comes in at around half the price of the original twelve volumes (51,260 yen) and has been printed in a smaller, “easier to handle” A5 format.

Fukkan is also giving three special prizes to all customers who buy the new Phoenix release while stocks last: these include a reference guide for all of the characters that appear in the series (of which there are a lot); a reproduction manuscript set (along the lines of their Black Jack release last year), and another prize that has yet to be announced.

VIZ Media released Osamu Tezuka’s Phoenix back in the 2000s, but those editions have long since gone out of print. While there is no word on an English release yet, these Fukkan editions surely provide English publishers with some ideas on how to bring the seminal series over to the west.

Furthermore, Fukkan’s new “original” editions apparently come as just one part of the company’s 20th anniversary celebrations in collaboration with Tezuka Productions, so we look forward to seeing what is next. You can check out more information via the official website.