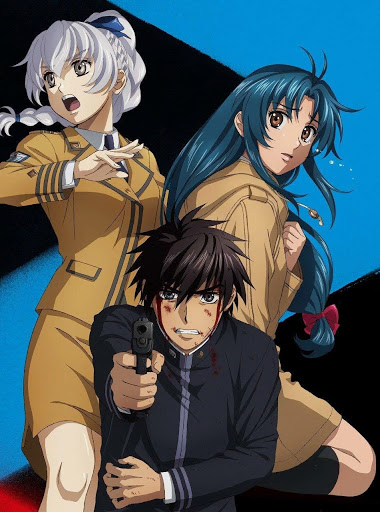 Here’s an unpopular opinion: I’m not a huge fan of mecha series. That isn’t to say that I haven’t enjoyed one sporadically, but seeing a promo image of a giant robot with a stone-faced pilot just doesn’t do it for me. I know, go ahead, ready your pitchforks and leave comments with recommendations.

Back in the early 2000s, I was a consistent subscriber to Newtype USA Magazine.

For the young whippersnappers reading, each pricey issue included a DVD insert with a few episodes of recently released anime, along with some trailers. (Yes, in a pre-Youtube world, this was how you’d judge what DVDs to buy. Imagine such an ancient time.)

A 2003 issue included an episode of Full Metal Panic!, and though it didn’t seem like my cup of tea, hey, I could sit still for 22 minutes.

Long story short, by the end of the year, I had ordered a Kaname cosplay off of eBay. You could say it was a ‘productive’ viewing.

Full Metal Panic! is the show that taught me not to judge a series by its cover. It’s the reason that I now go into everything I view with a passive excitement, instead of a pre-rendered judgment based on genre. It is not at all what you’d expect, and it’s genius.

That genius is why it’s been around for 22 years, and why it’s still truckin’.

Kaname Chidori, your typical 16-year old high school girl, lives a perfectly normal life in Tokyo, filling her days with friends, student council, and part-time jobs. When a transfer student, Sousuke Sagara, joins her class, he seems like just another weirdo military enthusiast. He stands ramrod straight, never smiles, and has no idea how to react to normal situations. Everything he says has to do with guns, tactics, or the history of combat.

What the class doesn’t know is that Sousuke is a member of Mithril, an anti-terrorist military group that is far more advanced than any other armed force. His reason for transferring to Jindai High School isn’t for education, either—it’s to protect Kaname, who isn’t so normal after all. She’s one of the Whispered, capable of creating extremely advanced technology with a basically perfect understanding of math, science, and engineering.

Of course, Kaname isn’t aware of this. The power is dormant and only begins to show itself as she becomes more entangled with Mithril and with Sousuke, who is not aware of why he has been sent to keep Kaname safe. Over the course of the series, Sousuke learns what it means to be a teenager, Kaname learns the meaning and power of the secrets locked away in her mind, and Mithril continues to fight to keep the Whispered out of the hands of evil.

The series was created by anime screenwriter and author Shoji Gatoh and was originally published as a light novel series beginning in 1998. Serialized in Gekkan Dragon Magazine, it continued until 2011, with twelve full-length novel releases. There have also been a short story and side story collections, as well as a series of 13 spin-off novels released between 2011 to 2016. These took place many years after the original ending of the series. 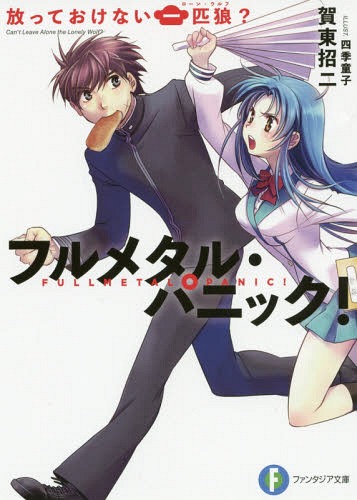 In 2000, the light novel was adapted into its first manga series, simply titled Full Metal Panic. It was serialized in Monthly Comic Dragon and later released in nine volumes between 2000 and 2005.

During the same time period, a more comedic parallel series Full Metal Panic! Comic Mission was released and ran for seven volumes until 2006.

Overload! was a five-volume story, telling the story of an amnesiac Sousuke and Kaname’s attempts to help him regain his memory. Surplus was a single volume release, and is more action-focused, while Sigma shows more of Sousuke’s missions as a sergeant.

Fans will notice that the two new main characters are genderswapped versions of the originals–Ichinose Tatsuya is a normal teenage boy who meets Adelina Kerenskaya, a military contractor. This series was continued with Full Metal Panic! Another Sigma in 2015.

Full Metal Panic! Zero was a manga adaptation of the original light novels released from 2013 to 2015. While it offered another retelling of a story fans already knew, it added a bit more humor throughout.

Shoji Gatoh is also the writer of the light novels Cop Craft and Amagi Brilliant Park, both of which have been adapted into anime series. 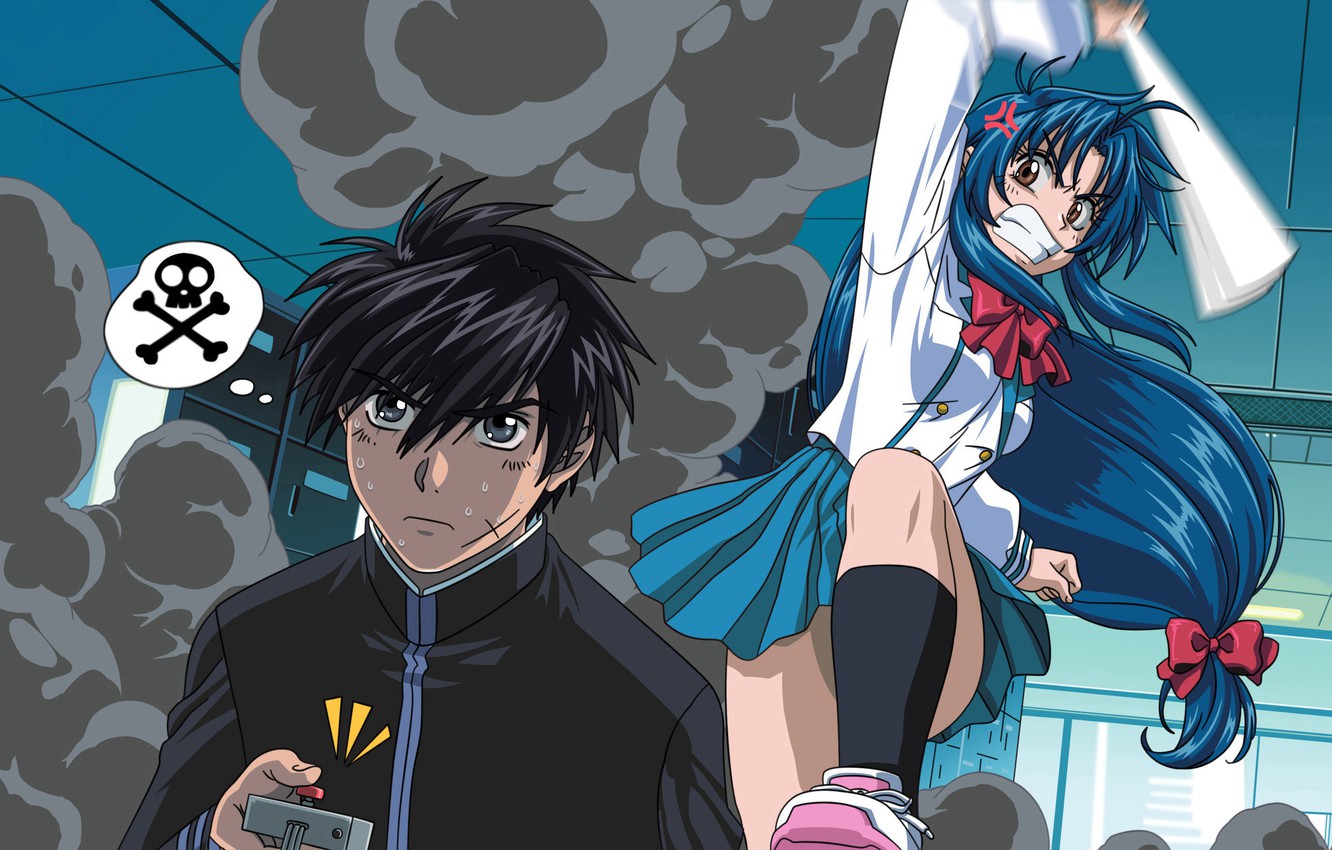 The first anime series, Full Metal Panic! aired in 2002. Originally scheduled to begin in 2001, it was postponed due to the September 11th attacks, and wouldn’t be released in the US until 2003. This 24-episode series tells the story from the first three light novels, and three directors cut films based on the series were released in 2017 and 2018.

Full Metal Panic! was produced by the anime studio Gonzo, also responsible for classics such as Hellsing, Last Exile, and Basilisk.

A companion to the first series, Full Metal Panic? Fumoffu! was released in 2003, and has a completely different feel from the original anime. More of a romantic comedy than an action-adventure series, Fumoffu! does a great job of poking fun at anime tropes while telling plenty of crude jokes.

This second series was animated by Kyoto Animation, now known widely to fans as the masterminds behind Violet Evergarden, Free! And K-On!!

A sequel to the original series premiered in 2005, titled Full Metal Panic! The Second Raid. Also produced by Kyoto Animation, it begins three months after the first finale. Running for 13 episodes, it was followed by a one-episode OVA focusing on Teletha Testarossa, and is much more humorous than the context of the show would have you expect. 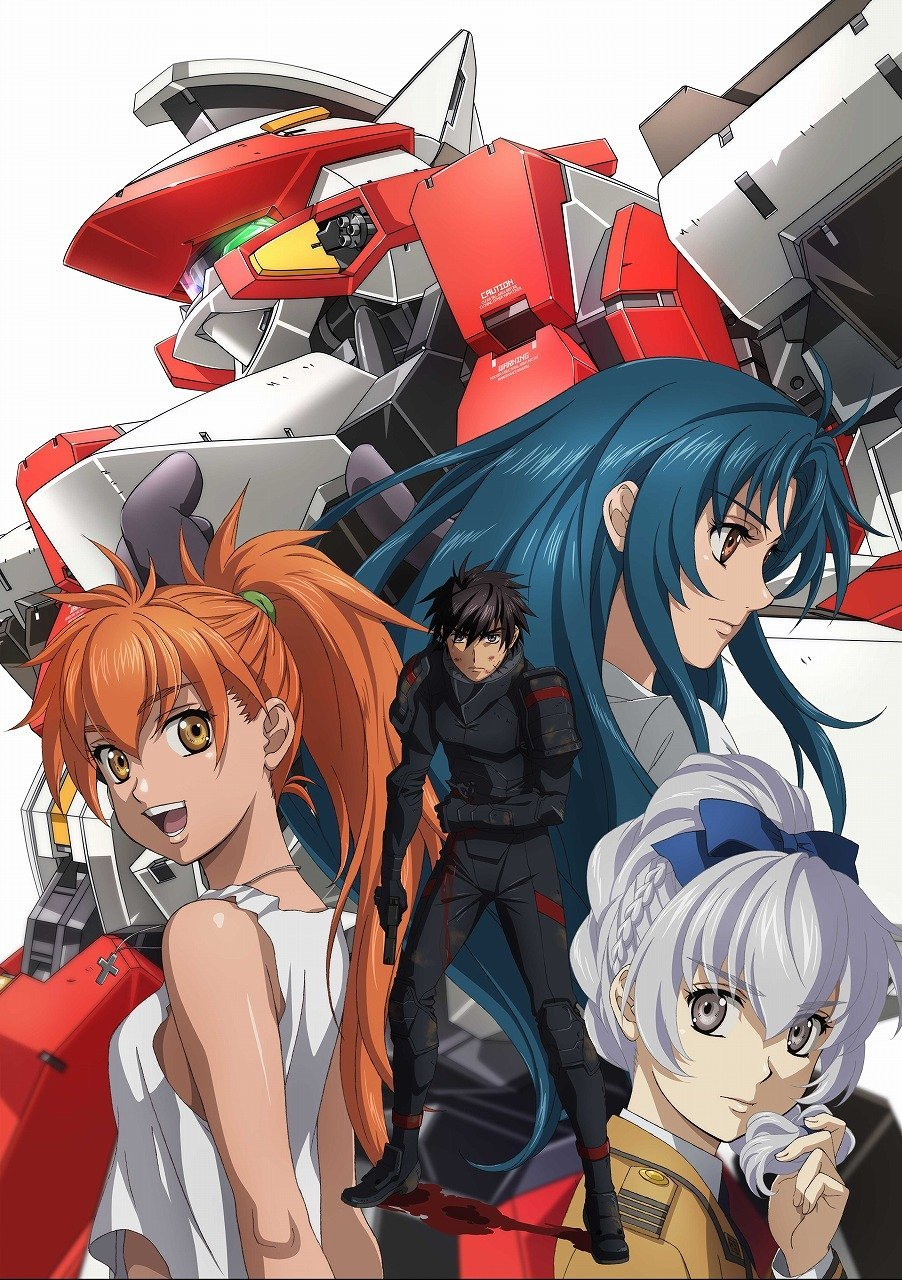 The most recent installment of the series came in 2018. Full Metal Panic! Invisible Victory is the most action-filled incarnation to date, with Shoji Gatoh promising no expository episodes throughout.

In 2018, a tactical RPG for the Playstation 4 titled Full Metal Panic! Fight! Who Dares Wins was released by Bandai Namco Entertainment. Available in English, the specialist box was sought after by fans, as it contained a behind-the-scenes Blu-ray disc, a drama CD, and a novel written specifically for the game by Shoji Gatoh himself.

The game was made for those who are familiar with the series already, and explains very little about the characters or overall plot–so go ahead and binge the show before loading it up on your console.

Where to Watch and Read

While Tokyopop was the original publisher of the Full Metal Panic! Manga and light novels in North America, the company ceased operations in 2011. Digital publishing company J-Novel Club has begun re-translating and releasing the light novels in English starting in 2019, and as of April 2020, seven of the twelve novels have been released on their platform.