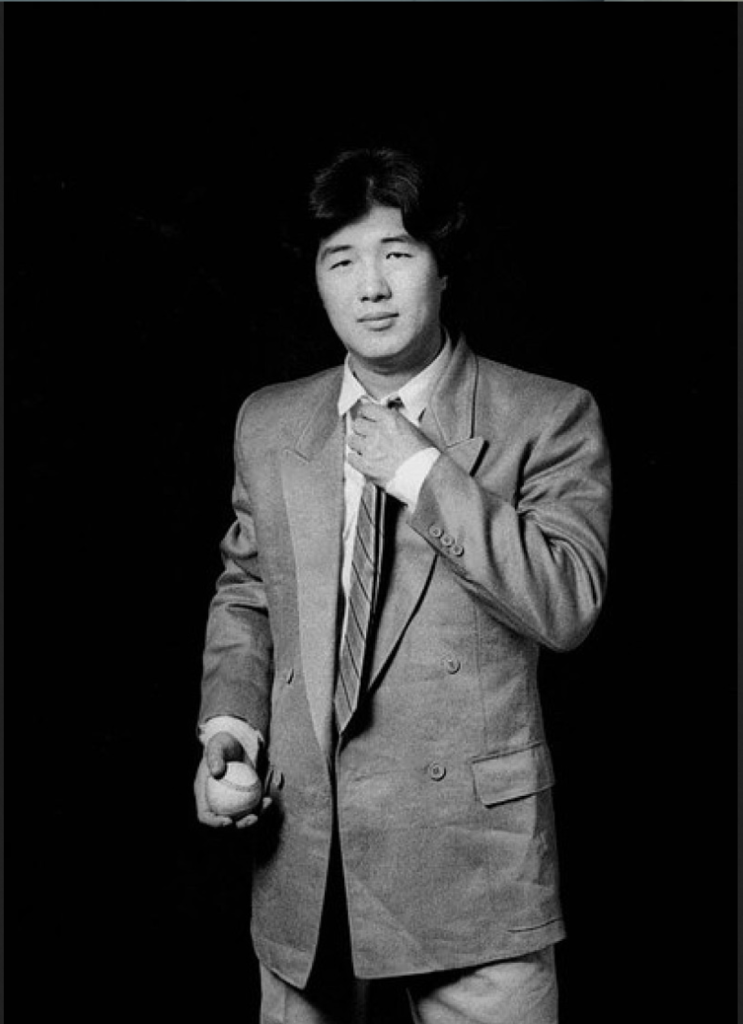 In this feature, OTAQUEST aims to help introduce some of Japan’s best musicians to the world. Today, one of the most celebrated Japanese artists and composers in the country’s post-war history. Channeling the sun-dappled pop of Brian Wilson and the studio tinkering of Phil Spector, he helped create the blueprint for modern rock in Japan both as a member of influential band Happy End and on his own. As the years went on, he pursued his beach fantasies and production flights in some of the most acclaimed music from the island ever. While he died at the start of the 2010s, his work remains omnipresent, especially as the weather warms up and the summer season sets in.

Few artists inspire as much reverence in Japan as Eiichi Ohtaki. The Iwate-born musician is central to the story of post-World-War-II Japanese music, helping to shape the sound of Japanese-language rock and provide the resort-evoking vibes that would define the style of ‘city pop,’ currently enjoying newfound attention around the world thanks to online communities and helpful algorithms. Dozens of books and special stand-alone magazines abound celebrating his body of work, and his music remains a commercial and radio staple… especially when the rainy season ends and summer settles in. When Ohtaki died at age 65 in 2013, it was a massive news story, with many reflecting on what his work meant to them.

Like with a lot of legendary Japanese creators from before the start of the 2000s, accessing Ohtaki’s music wasn’t an easy task. You had to buy the physical copies of his albums to enjoy them in a non-shady way, even as music distribution globally shifted towards a streaming model. Even as city pop became more popular abroad, the best way to listen to him in a conventional way was on compilations introducing listeners to the style. He’s one of Japan’s most important musical artists, but it was tough for anyone to find ways to listen to him.

Not anymore. This spring, Ohtaki’s discography (highlighted by his masterpiece A Long Vacation) arrived on streaming services for all to hear. For those who have only grazed Ohtaki’s songs before, now is the best time to get deep into his sun-glazed sound. Here’s a celebration of a vital Japanese artist, and where to go for those getting into him for the first time.

Ohtaki was born in Iwate Prefecture in 1948, and encountered Western pop for the first time while still in elementary school. He heard Connie Francis’ ‘Lipstick On Your Collar,’ and was smitten. Following a path many of the most celebrated Japanese artists in the 1970s and 80s went down, Ohtaki turned to American Forces Network radio transmissions to learn about new developments across the Pacific. Here he encountered fundamental influences he would turn to throughout his career for inspiration and reference: The Beach Boys, Phil Spector, Roy Orbison, and more. He became a record obsessive, learning the details of hit songs and picking up on what made them so forceful.

In 1968, a young Ohtaki went down to Tokyo to attend university. Through a series of twists and turns, he eventually linked up with an emerging artist named Haruomi Hosono and, after finding common ground in the music they listened to, eventually formed a new band alongside Takashi Matsumoto and Shigeru Suzuki called Happy End. That group deserves an intro all its own; the quartet radically shifted the direction of Japanese rock, showing that their language could intertwine with the then-nascent sound of the genre, allowing for new modes of musical expression in the country that reverberate to this day. Ohtaki played a central role in what many consider the most important Japanese band of all time, responsible for legendary albums like Kazemachi Roman (above).

While with Happy End, Ohtaki began a solo career that he continued after the band broke up in 1972. He released one self-titled full-length (one of the releases from Ohtaki not available on streaming) while also branching off into commercial work… literally making songs and jingles for commercials, a pursuit he loved. This attention to detail for soft drink ads would pop up in future work, too.

Ohtaki’s solo career truly blossomed (and his status as a pop genius, both as an artist, producer and behind-the-scenes player) when he established his own label, Niagara Label, in 1975. Originally seen as a space where he could put out his own American-pop-indebted tunes (which were off trend at the time) Niagara allowed Ohtaki to also shine a light on other acts, most notably the band Sugar Babe, fronted by two eventual powerhouses in Japanese pop, Tatsuro Yamashita and Taeko Onuki.

He also had total freedom to explore all of his fascinations with the idyllic sound of 1950s American pop, and early releases such as Niagara Moon (above) and Go! Go! Niagara highlighted how years of studying the details of this period of pop could pay off. While still more tinkerings than the full-blown pop pleasure to come, early Niagara offerings spotlighted Ohtaki’s love of vocal harmonies along with a fascination with marching-band-style percussion, giving songs on these releases like ‘Rock And Roll March’ extra oomph. He even reminded the world what he could do with simple jingles on ‘CIDER ‘73 ‘74 ‘75,’ a beverage-based tune that let him indulge in his wildest girl-group doo-wop fantasies.

While never big sellers, this period established Ohtaki as an auteur, drawing from the past two decades of American pop (and their picket-fence illusion of perfection) to craft similarly upbeat tunes as Japan experienced its own roaring decade (to the point of sometimes feeling a little too reverent… some of his works can be a little too similar to the original, though his love for the source material often elevates even the borderline copies). He attracted a following, primarily from a weekly radio show, and also helped introduce the country to Yamashita’s work by featuring him on compilation albums and the compilation album Tatsuro Yamashita from Niagara. By 1978’s Niagara Calendar, Ohtaki was branching out even more and weaving in styles from around the world to create more intricate numbers, while also displaying more skill behind the boards. Everything would coalesce in just a few years.

If Ohtaki’s 1981 masterpiece A Long Vacation isn’t the starting point for what many now understand city pop to be, it is at least a damn good tool to understand it. Let’s not even touch the sun-dappled tunes yet… the cover art, by Hiroshi Nagai, captures a summer resort feel that would become the base for a lot of glitzed-out music to come in the next few years; the accompanying artwork and advertising also played into this sense of escape. It’s pure Bubble Era Japan, with an optimistic edge.

The music takes it even further. Ohtaki takes his long-standing love of Spector’s Wall Of Sound production technique and The Beach Boys’ approach to melodies, and pushes it up a notch thanks to studio wizardry and a fun-loving spirit (‘FUNX4’ being a good example). It’s one of the catchiest Japanese albums of all time, and also exudes a warmness that can’t even be possible. Take ‘Canary Shoto Night,’ Ohtaki imagining what the Canary Islands are like, and settling on ‘must be Hawaii,’ creating a welcome distortion. Don’t read too deeply into memory and imagination though; this is just spectacular pop, showing Ohtaki at his creative peak. It became a smash hit and turned his whole career around.

EACH TIME followed three years later, building on the sonic ideas rolled out on A Long Vacation and further highlighting his ear for catchy melodies. While not a revelation like his previous work, EACH TIME underlined his ability to craft candy for the ears, through swooping rock like ‘Peppermint Blue’ or more rollicking fare such as ‘Bachelor Girl.’ It also proved to be his last album, as he stepped away from being an artist in the spotlight soon after to focus on writing and producing for other artists.

In the years after, Ohtaki continued working behind the scenes, while sometimes popping up to share a new single, usually for a TV drama or a movie (and usually becoming a smash hit… after the 90s, Ohtaki was universally loved, not a cult fave). His sudden death in 2013 shocked the nation, but his songs remain a staple in the country. As long as the weather warms up and people dream of getting away to their fantasy beach, his melodies will live on forever.

Sure, it is riffing on jingles made for a popular soft drink, but this early solo effort shows how deep Ohtaki’s love of 50s girl groups goes. It’s also one of his most playful creations.

OK, this entire piece zeroed in on the beach-side pop and sunny vibes of Ohtaki. Yet, the dude also loved traditional Japanese music, and played around with older domestic ideas frequently during the 1970s. Here’s a highlight from late in the decade, showing how he could take traditional melodies and transport them into the present.

You can just feel the sea breeze grazing your face.

Trying to pick one other A Long Vacation cut is tough, but I’ve always loved this more midtempo breather, which shows off Ohtaki’s melancholy side while hiding a lot of great sonic details (listen to his voice ripple!).

Rollicking pop-rock with a touch of longing thanks to the strings.