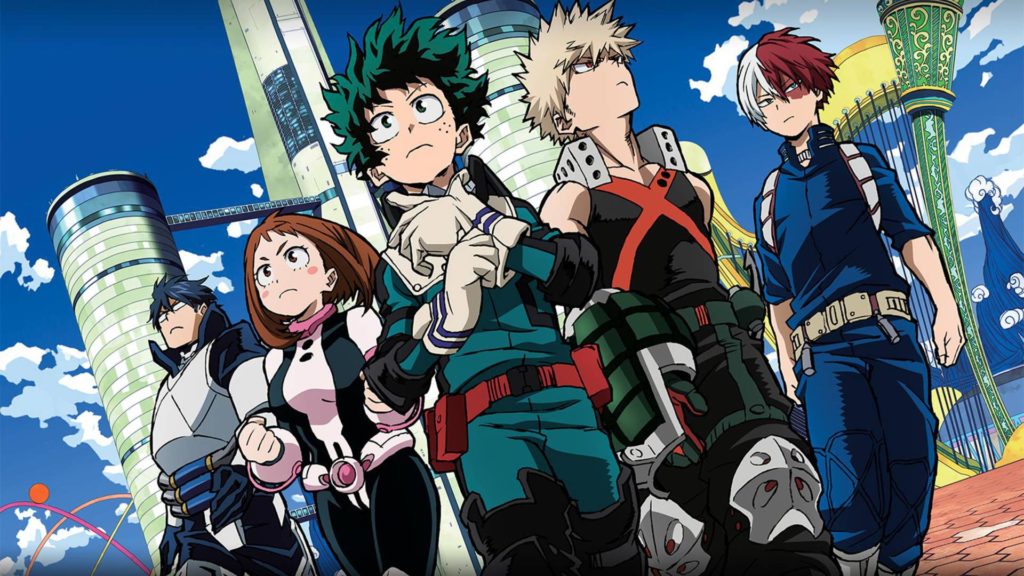 North American anime publisher Funimation earlier this week began streaming the latest trailer for the upcoming theatrical of My Hero Academia: Two Heroes’ English-language sub. Set to screen on September 26 and October 2, the film is set to open in over 400 theaters across North America during its initial run. This isn’t all for the film either, with the English-language dub for the film on a release schedule of September 25, 27, and 29.

Originally premiered at Anime Expo in Los Angeles earlier this year, the first cinematic entry into the My Hero Academia universe has already been met with incredible reviews not just in North America, but also in Japan as well. The film features an original story as well as a handful of original characters that can all be previewed in the latest trailer. Easily one of the biggest properties globally in anime right now, it’ll be exciting to see just how well My Hero Academia: Two Heroes performs in North America.

Funimation describes the film below:

The climactic finals are over, and U.A. is getting ready for the summer training camp. Deku and All Might receive an invitation from a certain person to go overseas to a giant artificial moving city called I-Island. This island, a kind of “science Hollywood” that gathers the knowledge of scientists from around the world, is holding an exhibition called I-Expo showcasing the results of Quirk and hero item research. In the midst of all this, Deku meets a Quirkless girl named Melissa and remembers his own Quirkless past. Out of the blue, the impregnable security system the island boasts is hacked by villains, and all the people on the island are taken as hostages! Now, a plan that could shake hero society has been put into motion! The man who holds the key to it all is the number one hero and Symbol of Peace, All Might.

Set to begin screening in theaters nationwide later this month, additional information on the upcoming theatrical release of My Hero Academia: Two Heroes can be found via the film’s official website.