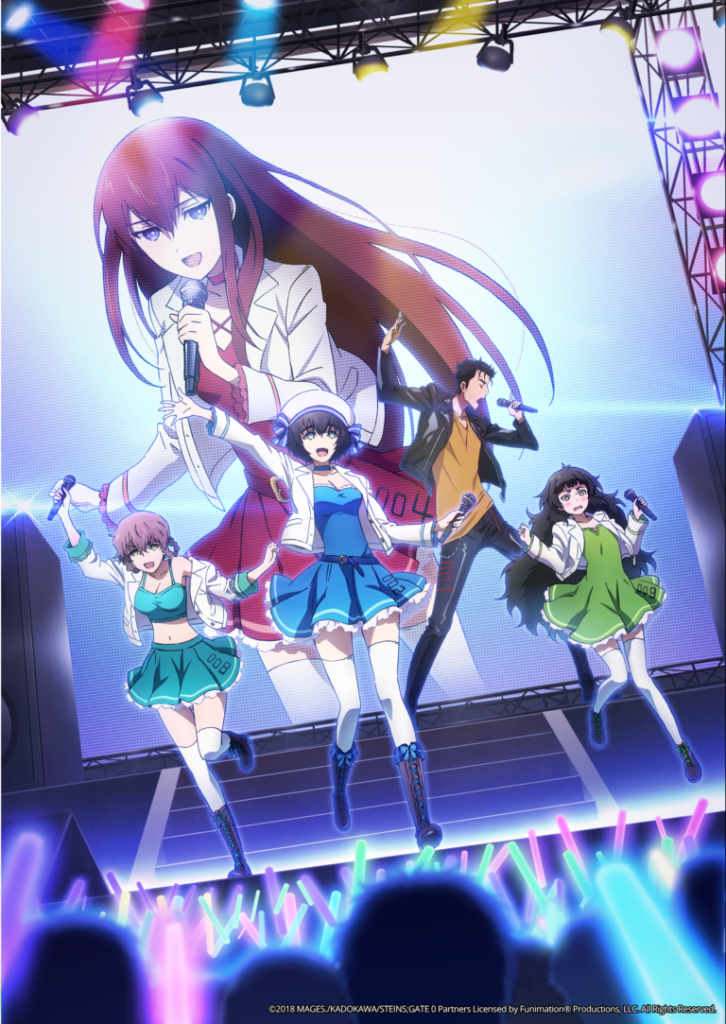 Fans of Steins;Gate are in for a treat at this year’s AnimeExpo. To celebrate their release of the sequel series Steins;Gate 0 in the west, Funimation has announced the new event Steins;GateCrash, set to take place on Saturday, July 6 and welcome Steins;Gate vocalist Kanako Ito and series publicist Rintaro Murata for a night of festivities that fans of the series will surely never forget.

The night begins at 8 PM for those who secure priority entry, ahead of the 8:30 PM start for Kanako Ito’s concert. Ito has performed numerous opening songs for the Steins;Gate anime series, as well as many of the other ‘Science Adventure’ series, including the iconic ‘Hacking to the Gate’ as well as the fantastic first Steins;Gate 0 opening ‘Fatima.’ She has also performed many other songs featured in other video games over the years, which will no doubt form part of her setlist.

This will be followed by a panel featuring Steins;Gate franchise publicist Rintaro Murata, who will give a ‘special presentation’ on the promotion and success of the series in Japan. This will no doubt cover the series’ numerous tie-ins and cross-media promotion over the years. The Steins;GateCrash event will then open the floor to guests for a Q&A session with both Murata and Ito.

The night won’t stop there, however, as guests will then be able to participate in a Steins;Gate karaoke contest judged by Kanako Ito herself. You might need a little liquid courage for that, and luckily AnimeExpo has you covered in that respect. The Steins;GateCrash event will have a paid bar complete with Steins;Gate themed drinks and photo spots throughout the night. These will no doubt come in useful as the karaoke contest ends and the party begins, lasting until 2 AM.

Anyone interested in the AnimeExpo Steins;GateCrash event should consider purchasing priority tickets, which come in two varieties – VIP and Priority. These tickets retail for $120 and $30 respectively, with the former coming with the Funimation Steins;Gate 0 Blu-rays, exclusive merchandise and an autograph season with Kanako Ito. Those with a regular AnimeExpo badge can still come along, but will not be able to see the concert. Check out Funimation’s official site for details.