Fushigi Yuugi: A Shojo With Every Element a Fan Could Wish For 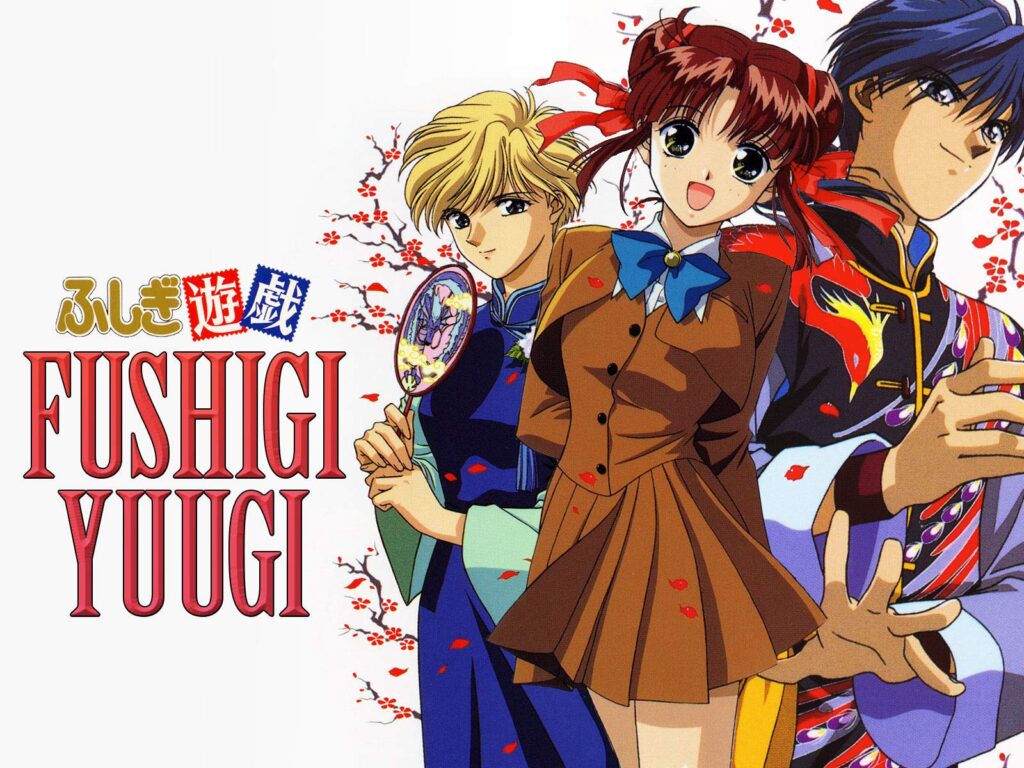 Magic, an alternate universe, a ‘destined’ protagonist, and an incredible romance? What else could you want from a shojo? Fushigi Yuugi has been delighting fans for twenty-five years, and with all of the elements it manages to pack in, it’s easy to see why!

There can be a lot to learn about the franchise, though, as it has three manga series, a few OVAs, and several other spin-offs in other media in addition to the multi-season anime. So let’s dive in and learn everything you need to know about Fushigi Yuugi!

Airing weekly from April 1995 through March 1996, the anime adaptation of Fushigi Yuugi ran for fifty-two episodes. It was produced by Studio Pierrot and aired on TV Tokyo. It was later licensed for English-language distribution by Geneon Entertainment (although at the time Geneon was known as Pioneer) under the extended title Fushigi Yuugi: The Mysterious Play.

The series focuses on Miaka Yuki and her best friend Yui Hongo, two middle school students. They’re studying together for their high school entrance exam, hoping to be able to go to the same one, even though Yui is a brilliant student and Miaka is only average.

One day, while studying at the National Library, Miaka has a vision of a phoenix, which leads her to a mysterious book called The Universe of the Four Gods. They start to read it, just for fun, but doing so magically transports them back to ancient China, where the novel takes place.

Yui is transported back to their own world almost immediately, but Miaka is stuck in that universe. She quickly meets a young man named Tamahome, who helps introduce her to his world and protects her as she gets herself into trouble.

Tamahome also explains the four gods of their universe to her, including the phoenix Suzaku, who rules the country that they’re in, the Konan Empire. They shortly afterwards come into contact with the Emperor of Konan, who offers Miaka the opportunity to be the Priestess of Suzaku, which has the potential to give her the ability to fulfill her wishes.

Being a middle school aged girl who thinks she could use that power to pass her high school entrance exams and get an incredible body that boys would admire, she accepts, and suddenly finds herself in a position of great respect. Even in the Imperial Palace, everyone bows down before the Priestess of Suzaku.

The Emperor, whose name is Hotohori, tells Miaka that there are seven constellations in the south that belong to Suzaku, and the names of those constellations appear on the bodies of seven people. When those seven people are all assembled, the priestess will have the power of Suzaku. And Tamahome tells Miaka that she could use that power to go home.

Miaka begins working to assemble the Suzaku Seven while also learning more about Konan, her own abilities, and her feelings.

Meanwhile, Yui, back in the real world, tries to call out to Miaka in the book, and searches for a way to reach her. Every so often, Miaka, while sleeping or injured, can see it. And as soon as possible, even before she fully assembles the Suzaku Seven, her friends lend her power, which allows her to briefly go home.

But when she wakes up on the floor of the National Library in the present day, Yui is gone. Miaka realizes she must have been taken into the world of the book when she came out. So, after quickly visiting her family and friends (for whom only a few hours have passed) and confirming that Yui isn’t at home, she goes back to Konan through the book.

Things quickly become more dangerous. Three months have passed in Konan, and they are now embroiled in a war. A monk tells Miaka that the people of the rival kingdom of Kutou are after her. They are attacked by Kutou warriors, who are doing it for their Priestess of Seiryu. And Miaka gets concerned that the Priestess of Seiryu might be Yui.

She sneaks into Kutou to find her, despite how risky it is. Tamahome follows Miaka into Kutou to keep her safe. But she doesn’t know that Yui wasn’t safe when she first arrived, that bad men had hurt her before she officially became the Priestess of Seiryu.

Between her anger over the circumstances of her arrival, and her jealousy of the developing love between Miaka and Tamahome, Yui tells Miaka that she hates her now. She vows to take everything from Miaka, including Tamahome. The couple only just barely escapes Yui and makes it back to Konan.

The series then follows Miaka and Tamahome as they work to protect Konan and their friends, summon Suzaku, save the world, reconnect with Yui, and explore each of their friendships and relationships.

Everything above this is only the main series that actually aired on TV. In addition to those fifty-two episodes, there were also three OVAs.

The first ran for three episodes of twenty-five minutes each. It takes place a year after the events of the main series, but it is an anime original plot with no story ties to the manga aside from the setting and characters. It was released on DVD in October 1996.

The second OVA, released in two parts in May 1997 and then August 1998, spans six episodes, also twenty-five minutes each, and it adapts the final four volumes of the manga, which had been left out of the TV series.

The last OVA, titled Fushigi Yuugi Eikoden and released in December 200, is four episodes of thirty minutes each, and it comes from two of the light novels written by Megumi Nishizaki. It centers around a new character in the modern world who comes across the book The Universe of the Four Gods on her own, and has her own story with it.

The original manga of Fushigi Yuugi on which the anime is based was written and illustrated by Yuu Watase. It was first serialized in the monthly Shojo Comic in May 1992 and ran for over four years until June 1996. It was also published in eighteen collected volumes at the same time by Shogakukan.

Viz Media licensed the manga for English distribution in North America. They originally began releasing it in a flipped trade paperback format starting in August 1998.

That decision, however, caused confusion for fans when the anime came out and only used the Japanese names. For instance, where the country is called ‘Konan’ in the anime, it’s called ‘Hong-Nan’ in the manga. This caused Viz to stop publication of Fushigi Yuugi after eight volumes.

Publication restarted in June 2003 when Viz re-released the first two volumes in unflipped standard manga size. The remaining ones were released quarterly, including the last ten volumes that hadn’t been translated into English the first time around.

Premiering in March 2003, Fushigi Yuugi Genbu Kaiden is a manga spin-off series, also by Watase, that is a prequel to the original Fushigi Yuugi. Although publication of the series has hopped between several serial magazines and has been somewhat sporadic, it still managed to run until February 2013 and have twelve collected volumes.

The series goes into detail about the creation of The Universe of the Four Gods and tells the full story of the Priestess of Genbu. Although it takes place in the same universe as Fushigi Yuugi, Fushigi Yuugi Genbu Kaiden has a completely original plot and cast of characters.

Viz Media also owns the license for English distribution in North America for this, and all twelve volumes have been translated and released.

Stemming from a one shot called Fushigi Yuugi Byakko Ibun, released in February 2015, it focuses on a new girl named Suzuno. She had an experience inside The Universe of the Four Gods in traumatic circumstances as a very young girl, and when she rediscovers the book in her last year of high school, those memories come flooding back.

Suzuno also learns a terrible secret about the fate of being a Priestess, and wants to avoid it. But the book has other plans, and a will of its own, and despite her best efforts, she gets transported through it to the other world once again…

Viz Media has acquired the license for the North American distribution of this as well, and plans to release the first volume in August 2020.

Fushigi Yuugi may not be known for having the depth of some other series, but it’s such an expansive and popular universe that it’s still well worth getting into. Having a story with countless twists and surprises and more content constantly on the way, Fushigi Yuugi is a ton of fun, and rewarding for any true fan!