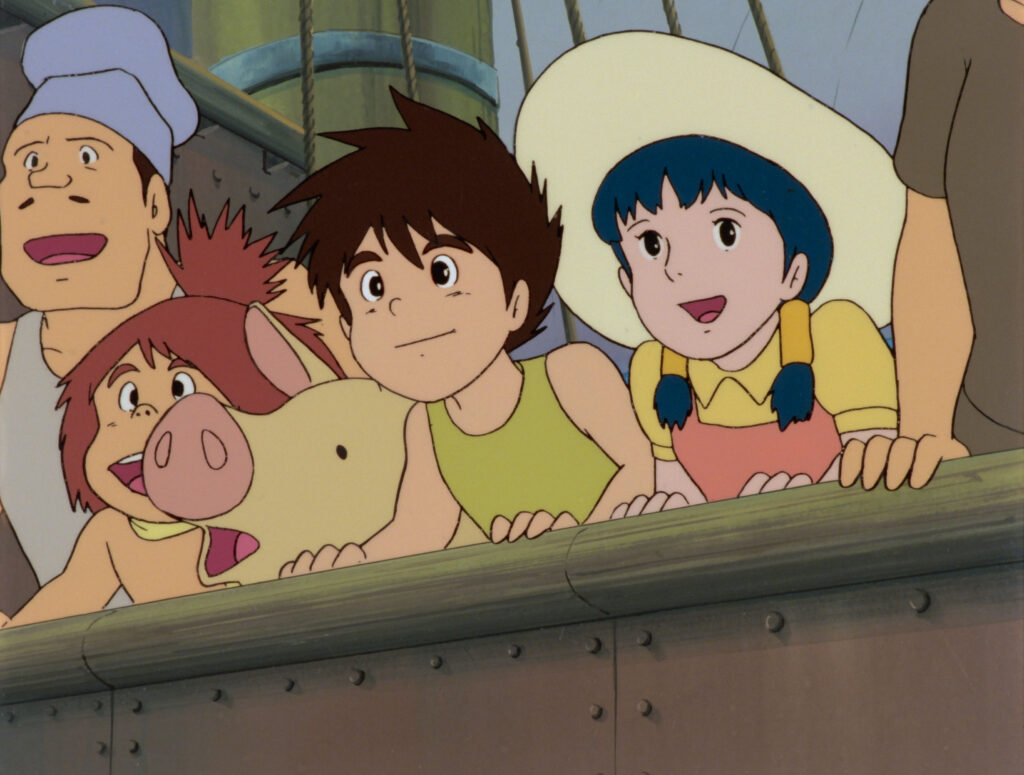 To many, Hayao Miyazaki and Studio Ghibli might as well be the same word. Certainly, films like Spirited Away and Princess Mononoke have changed the world, with Miyazaki establishing himself as the single most beloved animator who ever walked the earth. However, not only does Studio Ghibli have equally good films directed by other people, like Isao Takahata, but Miyazaki’s pre-Ghibli history remains vastly ignored in the modern era.

Now, plenty of active anime fans have at least seen Lupin The Third: The Castle of Cagliostro and that’s a great start, but he created worlds of animation even before that. We can’t actually blame those who’ve been curious about these earlier but have yet to watch any, as they’ve largely been unavailable in the west… until now! Earlier this month, Gkids announced a license and remaster for Hayao Miyazaki TV Anime Future Boy Conan.

We were so shocked by the news (though also delighted) that it took us some time to gain our composure. Many of us have heard of Future Boy Conan, maybe have seen some clips on YouTube or screenshots on Twitter, but despite being a foundational work of who many feel is god’s gift to animation, it’s remained legally unavailable in English until 2021, a whopping 43 years after its release.

Its lack of availability in English used to be explained by the state of Alexander Key, the original writer of the American novel called The Incredible Tied that Future Boy Conan’s loosely based on, intervening when licensors tried to release it in English in the early 90s. What changed behind the scenes between then and now remains a secret, but as they say these days, Gkids secured The Bag.

Future Boy Conan’s something of a post-apocalyptic tale, with the world having been wiped out by war and attempts to escape to space having failed. In a fictional 202X (funny thing, that’s right now) a young Conan meets a girl named Lana from a different remnant of civilization and the two take off on a journey where they stop by all sorts of newly founded and recovering island societies, each with its own gimmick.

Being such a momentous occasion, GKIDS is pulling out all the stops for their Future Boy Conan rerelease. The film footage will undergo a full 4K restoration, though that doesn’t necessarily mean it’ll get a 4K Blu-Ray release, and they’ll be providing a newly recorded dub for the project, which makes sense considering how wide a net Miyazaki’s name covers. After announcing Evangelion for Blu-ray earlier this year, GKIDS moving from artisanal anime films to ‘highly sought television anime’ is a welcome development and we hope fans will considering financially supporting their newer endeavors, as it’ll mean more pristinely preserved rare anime for all of us.

What Does Jiji the Cat Symbolize in Kiki’s Delivery Service?